This blog is about a remarkable cousin who lives in a wonderful place. Seventy-six-year-old cousin Dick is actually my wife Susan’s firstcousin. We have met each other infrequently over the years. Dick and his wife Julie visited us in Reno once. And Susan and I visited Dick and Julie twice in their previous home near the coastal community of Mendocino, California. Dick is a retired psychologist/counselor/high school principal. He shows no sign of slowing down with age, which is what inspires me to write this blog about him. 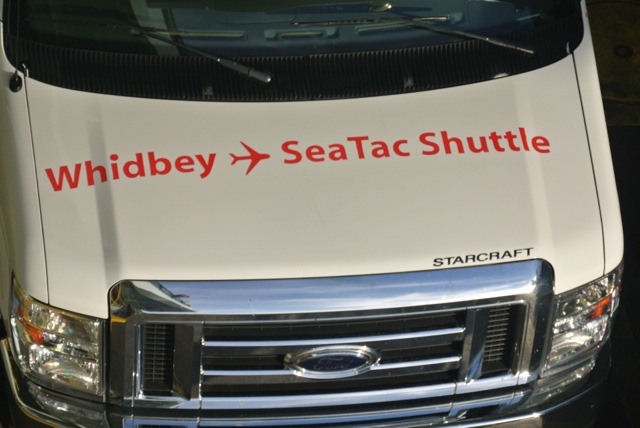 For the last few years, Dick has lived on Whidbey Island, a sixty-mile-long island in the Puget Sound, just north of Seattle, Washington. The shuttle-bus trip from the Seattle airport takes about two hours, including a fifteen-minute ferry ride from the mainland to the island. The many islands, bays, natural harbors, and verdant vegetation surrounding the Puget Sound reminded me of the Stockholm archipelago (which contains 22,000 islands!).

One remarkable thing about where Dick lives is the sense of total safety and security. Dick and Julie only lock their house when they leave for an extended period of time. Their house remains generally unlocked. Dick likes collecting sporty cars. He currently owns four. He doesn’t hesitate to leave the car keys in the garages with his cars. He reasons that it would be relatively difficult for a car thief to manage to drive a stolen car off the island via the ferry without being observed. Dick let me drive us around the island in his yellow convertible Toyota

Spyder, a sporty muscle car that Toyota ceased manufacturing a decade ago. Also, Dick’s house is in a rural part of the island with mostly only local traffic. The result is a lovely part of the USA that harkens back to the days when most people (at least those not living in big anonymous cities) saw no reason to lock their doors.

The Whidbey Island community embodies the charms of small towns, where most of the local residents know each other by name or at least by sight. Dick and I walked into a local restaurant just as they were closing following their lunch hour. Dick knew the waitress by name and prevailed on her to request that the kitchen stay open past their scheduled closing long enough to serve us. We had delicious crab cakes from crabs harvested locally in the nearby Puget Sound, as good as any that I had eaten in Baltimore featuring Chesapeake Bay crabs, which were the best in my culinary memory heretofore.

Besides locally harvested seafood, Whidbey Island is home to excellent art galleries featuring works by local artists. There is an annual music festival in honor of the famous Belgian jazz guitarist Django Reinhart. Whale watching is a local pastime. Home gardens must be protected from the wild deer, which have no natural enemies on the island, since hunting is not allowed. Though the island offers the relative peace and isolation one would expect living on any island, the teaming metropolis of Seattle is easily accessible, such that Whidbey Island residents would not experience the isolation (“Island Fever”) commonly experienced by residents of more isolated islands, such as Hawaii.

Cousin Dick offers a great model for thriving at an advanced age. His morning exercise ritual consists of an extended stretching session consisting of yoga-inspired stretches and exercises. He is able to do at least twenty-five push-ups. (I won’t say how many I’m capable of, but it’s definitely fewer than twenty-five.)

Dick is the only person I know that reads the daily New York Times newspaper more thoroughly than I do. He even cuts out articles, highlighting key parts for later reference, and to share them with wife Julie and their two adult daughters. Dick is at an age at which he avoids inexpensive wines. We drank very well during our visit.

Of particular interest to me is Dick’s desire to explore cities. As we arrived on our visit, he was negotiating to rent a room in Seattle for this coming summer, to spend several days a week exploring the restaurants, shops, bookstores, markets, concerts, clubs, and any other attractions that are only available in a large city. He likes to walk, and Seattle is apparently pedestrian-friendly. I share Dick’s attraction to the charms of a large city. However, the only inner-city that I ever lived in for an extended time was in Stockholm, Sweden, which remains my favorite city in my limited urban experiences.

Dick expressed to me that at this point in his life, he doesn’t intend to live in any one place for more that five years. (He and Julie lived in Mendocino for many years, where Dick worked as a high school principal and as a court-appointed psychological counselor.) He’s been on Whidbey Island for three years already, and so he’s beginning to contemplate his next move. (I suggested Reno to him. He likes Reno’s climate compared with rainy Washington.) At the age of seventy-six, the concept of fulfilling one’s “bucket list” gains ever more relevance.

We had such a good time visiting with Dick and his family, that we all resolved that we should visit each other more often. One possibility mentioned was that we might fly north again in September at the time of the Django Guitarfest. However, it turns out that Dick will not be at home at that time, due to the fact that he’s been offered the opportunity to house-sit for friends in Berkley, California, for three weeks in September. “…And who would turn down the possibility for free accommodations for three weeks in the San Francisco area in September!”

As I observe myself getting older (now sixty-five), I find myself appreciating family and friends more than ever. I especially appreciate good role models from people older than I am. One’s parents serve, for better or worse, as our first role models. Despite my parents’ faults, I feel luckier than many people I know, for the relationship with them and my extended family. But they weren’t the best role models in their later years. When anthropologists comment on locales such as the Hunza Valley, where the world’s longest lifespans are found, they typically comment that those survivors beyond one hundred years are in amazing physical condition, compared with the typical elderly in the US. Congratulations cousin Dick for your being in such great shape on the other side of seventy-five. I hope I’ll be in half as good shape as you are when I’m your age. Thanks for the inspirational role modeling!