Visiting Sweden is a pleasure. I have some very close friends there, having met some of them over forty years. My first trip to Sweden was in 1970, after having studied in Germany for a year. This was the second year of my 3 & 1/2 year absence from the USA, until the Vietnam War and the draft were over, allowing me to safely return in December of 1972. I have no regrets about avoiding the Vietnam War. It’s just a shame that American politicians are considered unpatriotic if they point out that the whole war in Vietnam was a mistake, not unlike our more recent Iraq War folly. Though the draft board sent an induction notice to my parents around 1971, my parents honestly replied that they didn’t know where I was. Because I was never “served” with a formal draft notice, I technically broke no laws, though my intention during those years was clearly to avoid being drafted into fighting in the Vietnam War. 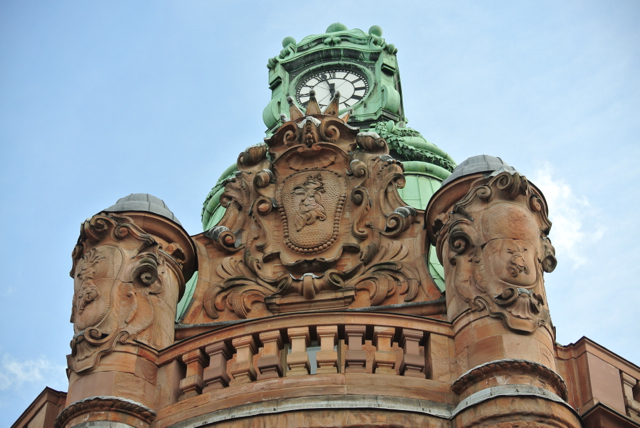 Sweden hasn’t been in a war for over two hundred years. (I believe the last war was with Norway. Sweden lost when a giant snowstorm stopped the Swedish army from pushing through Norway with the goal of having Sweden reach from the Baltic Sea to the North Sea.) It has a tradition of neutrality, similar to Switzerland. Unlike Switzerland, Sweden has a tradition of accepting political refugees from around the world. Thus, like Canada, Sweden readily accepted American military deserters during the Vietnam War. More recently, in the past year Sweden has accepted fifty thousand refugees from the war in Syria. (I haven’t heard of the USA accepting any.) 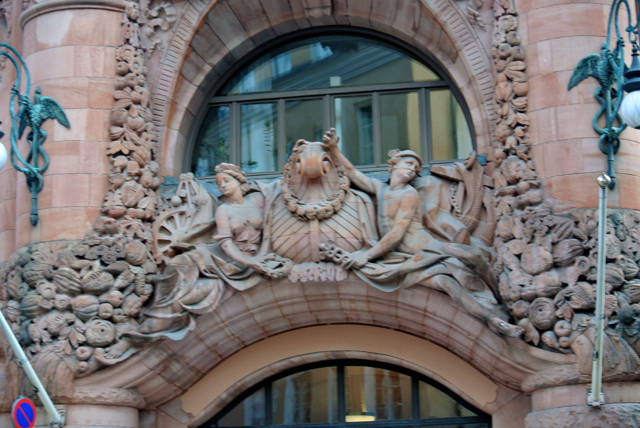 is from “Kurdistan.” I didn’t need to ask if he was a refugee. Kurdistan, located in the northern part of Iraq, is a country that doesn’t officially exist, similar to “Pashtunistan,” on the borderlands of Afghanistan and Pakistan. The disintegration of the current Iraqi government in Baghdad, following the withdrawal of the American military, gives the Kurds their best chance ever of establishing an independent country of their own. Kurds, numbering over thirty million, are the largest nationality in the world without their own country. 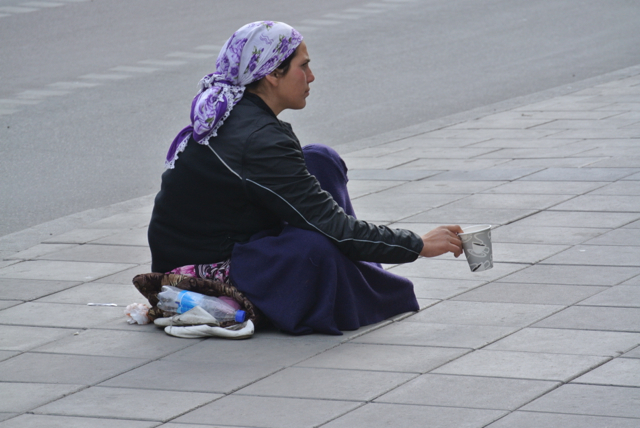 Since I was last in Sweden, there has been a noticeable increase in the number of beggars on the streets. I was told that most of them are from Rumania. My German friends complained about the “Rumanian mafia” which has supposedly caused an increase in crime among a population unaccustomed to the crime levels

that exist in the USA and elsewhere. (Violent crimes in the states are many times more numerous in the USA than in Germany or Sweden.) Sweden lost its innocence when prime minister Olaf Palmer was murdered on the street in Stockholm in the late1980’s by a deranged Yugoslav immigrant. Prior to that time, the prime minister and other Swedish government officials had walked the streets without bodyguards, just like any ordinary Swedish citizen.

Because Sweden did not fight on either side in World War II (notwithstanding their having been forced by the Nazi’s to allow the German army to use the Swedish railways to reach and invade Norway), Sweden’s industry and infrastructure were fully intact after the war, leading to the “Swedish miracle,” the industrial expansion that gave the world Volvo and Saab automobiles

and aircraft engines, IKEA, and amazing films, actresses, and musicians. Sweden is rich in natural resources, comprised of a large area with only eight million people.

Sweden has no native petroleum resources, unlike Norway, which is awash in oil wealth from its oil platforms in the North Sea. It’s amazing how conservation-aware the country is. Despite being such a rich country, Swedes recycle and conserve energy much more rigorously than Americans do. For example, escalators in public buildings only turn on when someone steps on them. Lights in public bathrooms are off until someone entering triggers the automatic sensor that turns the lights on. Most toilets offer a dual mode flush choice, heavy and light, simply by a swivel button on top of the toilet bowl mechanism. I don’t understand why America doesn’t institute such simple, but inexpensive conservation technologies.

Of course, in a relatively small country such as Sweden, the population is more unified. Swedes see themselves as a small country surrounded by giants (Russia, Germany, France, the USA, etc.). Perhaps they work harder to support the public welfare as an expression of shared national pride. Sweden is second only to Germany, in my experience, in terms of well-maintained residences and public spaces.

But all is not perfect in the Swedish paradise. For the last eight years, the Swedish government has been led by the right-wing party. Elections will occur this Fall, at which time it’s hoped (by my friends) that the left-leaning Social Democratic party will assume power again. The right wing party espouses philosophies similar to our American right, insofar as during the last eight years, there has been a privatization within the healthcare and transportation industries. In years past, when comparing the Swedish healthcare and public transportation systems to the American ones, I thought they were much better. But the governing rightist party wanted to introduce more “competition” through privatization. The results of this American-style reform has unfortunately been predictable. In healthcare, the fee-for-service model has resulted in increased billing and excessive prescribed procedures, raising overall costs without improving outcomes, trending toward the American model where we pay twice as much for healthcare as the rest of the world, while ranking from 17th to 37th in comparison with other countries with universal healthcare.

In the public transport sector, the centralized rail system was divided up to give jurisdiction to the different Swedish states. According to one of my friends, the different rail companies don’t work well together, resulting in a worsening of rail service. (Of course, the Swedish public transportation is still far more extensive than the limited American system, which requires practically everyone to own a car.) I’m reminded of the breakup in the USA of “Ma Bell”, the telephone monopoly that previously existed before deregulation. As a result, we now have inferior cellular service compared with Europe, due to different phone companies (AT&T, Sprint, T-Mobile, etc.) setting up competitive networks incompatible with each other, requiring different telephone models to access their different networks, which they enforce by requiring restrictive long service contracts. Is American telephone service cheaper than under the Ma Bell monopoly? Perhaps…Inferior? Definitely!

Swedes pay the highest tax rates in the world. For their taxes, they get universal healthcare, free university education, an extensive eldercare system, inexpensive public transportation, and more. I think that Americans who add up what we pay for regular (relatively low) taxes, plus what we pay for private healthcare, higher education costs, private nursing home care, etc., probably pay more for these necessities of modern life than Swedes do through their higher taxes. 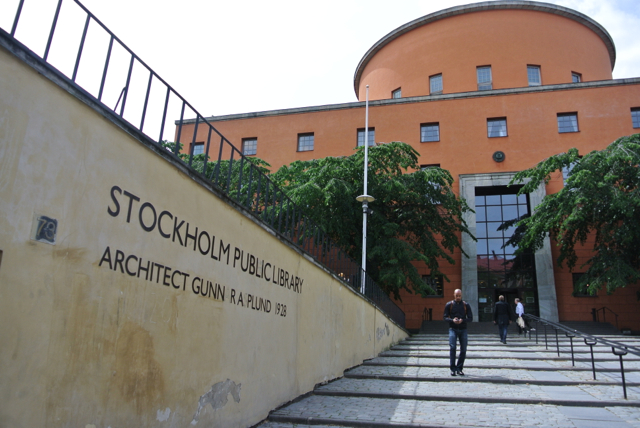 Apart from the differences between Sweden and the USA, there are many similarities. I find the lifestyles to be very similar. The average Swede and average American enjoy a similar high level of comfort, access to technology, and many leisure opportunities. (This doesn’t apply to the higher percentage of poverty-stricken underclass in the US.) Swedes and Americans are similarly friendly, generous, and hospitable. Apart from the politics, there exists a great affection and sense of shared values between our two countries.

When I was in Germany last week, I spoke German practically the whole time, since my American friends attending our reunion speak the language as well or better than I do. It’s harder to practice Swedish than German, since Swedes almost universally speak excellent English. Swedish television runs all American movies and shows with subtitles, rather than synchronization, as is done in Germany. Thus, every night the Swedish population has an English lesson, hearing the English dialogue while reading the Swedish language translation below. Indeed, I’ve experienced the politeness of the Swedes, such that in the company of eight or ten Swedes, they would all speak English with me and with each other just for my sake. Several times, I said, “Let me practice my Swedish with you.” However, when a relationship exists primarily in one language, it’s very hard to change to the other language. For example, Christian and I have always spoken English together. Practically the only time I spoke Swedish with him was when we were visiting his parents in the eldercare facility. Even then, both his parents tried to speak English with me (with limited success), just because of that habit of Swedes assuming that very few foreigners are adept at speaking their language.

I’ve mentioned in previous blogs that Stockholm is one of my favorite cities in the world. It’s a great walking city. Though I was there only five days in all this time, I made it a point to revisit the old city, located on one of the many islands on which the city is built. I walked among the old buildings dating from the 17th and 18th centuries, including the royal palace and several old cathedrals. While the historic sections of many German cities destroyed during the war were often rebuilt to look exactly as they had prior to the war, it’s nice to realize that the old buildings in Stockholm are the original ones, never having suffered from the ravages of war.

In contrast to the brutal destruction going on in Syria and Iraq, the terrorism plaguing Afghanistan and Pakistan, and the aftermaths of the genocides recently occurring in the Balkans and in Central Africa, it’s very nice to be in a peaceful place like Sweden, where almost everyone lives very well indeed. Last but not least, it’s wonderful to be able to drop into the lives of my good friends there. I hope to continue to do so as often as I can possibly arrange it.