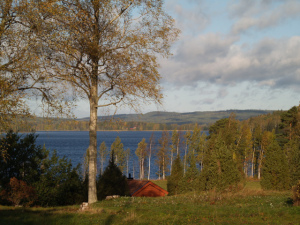 This blog was written in April, 2009, while on tour with my Swedish-Indian band, Mynta.

Let me begin by saying that I love my country.  I consider myself to be mightily blessed to have been born in the USA.  I’ve heard similar sentiments expressed by Israelis, Palestinians, Tibetans, etc…practically every nationality. From this starting point, I can say that I like Sweden very much, its people, its societal values, its rich nature, its humanistic traditions, its appreciation of the arts, its high value placed on education, health care, and human rights.  Some may disagree with the following opinion: I think Swedish lifestyles are closer to American than any other country I’ve visited (except for Canada). 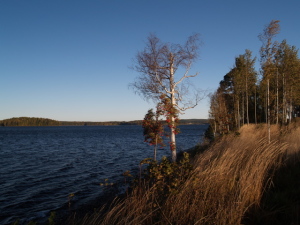 I also appreciate my Southern American culture.  The friendliness and hospitality of people the “deep South” is very comforting compared with other parts of the states.  (Some may disagree with this opinion as well.)  Swedish culture reminds me quite a bit of being “down South” but in that special Swedish way.  For example, practically everywhere Mynta went, we were greeted with coffee, pastries, and sandwiches, no matter the time of day.  Countless times, we would be greeted by individuals that projected the aura of “this is a genuinely nice guy/lady”.  There was even a woman who reminded me very much of my mother.  We were in a small town community center, where this one woman had baked cakes, prepared the salmon meal for us after the concert, and then walked around refilling everyone’s coffee and teacups.  She was not doing this like a waitress, but rather like mother taking care of everyone. 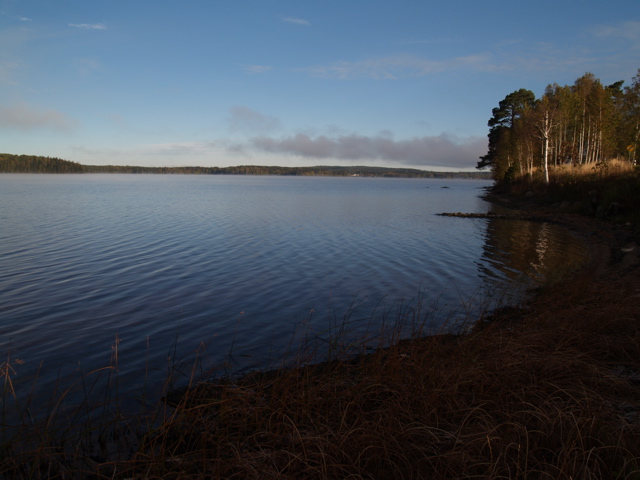 I consider myself able to speak Swedish relatively fluently.  I can take care of myself alone in most any situation.  However, I would have to live here for some time to have full command of the details and specialized vocabulary of the language.  I still speak better German than Swedish.  This is no doubt because I lived in Germany for a year and a half, and I learned the language in my tender early 20’s.  (It was still a hell of a challenge to learn.)  I’ve had several opportunities to speak German on this tour.  At one concert, there were a group of Germans attending who didn’t speak Swedish.  I spoke to them after the concert for several minutes.  It’s amazing the difference in mood that one feels speaking one language versus the other.  I had to switch mental gears and speak in the formal form.  (Young Swedes universally use the informal form.)  I found myself speaking more forcefully, less relaxed, to properly pronounce the words.  I just felt the enforced distance of the German language, compared with the informality and instant intimacy of Swedish that feels much closer to English.

As I am writing this, I happen to be watching a legislative committed discussion (the Swedish version of C-Span).  I can state with 100% certainly that I’m the only Mynta member watching this multi-hour program.  The discussion is a pending vote on legalizing gay marriage.  Here it is called the “sexual neutrality marriage law”.  The discussion points expressed are not very different from the issues discussed in the states, but I found the discussion to be more forthright, more real.  There were a number of people speaking who were themselves gay, who posed questions such as, “How does giving me the right to marry my boyfriend somehow threaten my parents’ forty year marriage, or the marriage of a young man and woman who are in love?”  The issue was framed as one of state-sponsored judicial discrimination by its proponents.  The opposition argued that it is not discrimination to uphold traditional moral values.   Interracial marriage prohibitions in the US that were in force well into the sixties were mentioned as a traditional moral value that had been repealed.  The whole question of separation of church and state was discussed.  For example, it’s not against the law for homosexuals to get drivers’ licenses or to run for political office—rights that originate with the government.  The government doesn’t enforce marriage as a right available only to couples able to have children, or forbid marriages arranged by parents or relatives, or forbid marriages for couples of widely varying ages, or forbid couples who married for economic reasons, or only sanction marriages of the state religion (like Israel and many Arab countries).  So why should the government forbid only homosexual marriages, regardless of the love between the partners.  (Love was often mentioned as the basic reason to marry.)  Also, did the marriage prohibition mean that gay couples who chose to adopt children (often from abroad) or bear children through artificial insemination would be discriminated against when seeking child care or other normal child support?  Would the discrimination against the parents carry over to their children as they got older?

This law has been considered every year since 1994 here in Sweden.  From the discussion, I think Sexual Neutrality Marriage Law might pass this year.  The sentiment was expressed multiple times that the law should seek to be inclusive rather than excluding whole groups.  This is one of the great strengths of Swedish society.  The final speaker asked the rhetorical question, “Does the world need more love or less love?  If the answer is more, than let those who love each other marry freely.”  The speaker then read a poem about love causing no harm but only good in everyone it touches.  If I understood correctly, the vote will take place this afternoon.  [Postscript late at night after our evening concert, the bill passed!  Gays now have the right to marry like anyone else!]

Speaking of television, when my brain couldn’t take any more concentration on Swedish, I found myself watching programs that I would never watch at home, e.g. Oprah, Dr. Phil, the Dog Whisperer, America’s Next Top Model, and even Seinfeld reruns (which I never watched even when they were new).  I drew the line at watching Knight Rider, WWF wrestling, and MTV.  At those times, I listened to Indian classical ragas stored on my computer.

There is much less Iraq television coverage than in previous years.  However, I watched with interest programs from the Palestinian territories.  (There were also programs from Israel.)  I realized that the absence of American reporters in the Palestinian territories (as previously among the people of Iraq) creates a virtual news blackout of those areas in the US media.  This is not to say that a Swedish program that originates in Gaza is necessarily pro-Hamas.  Indeed, there was a long report about the mutual revenge attacks between Hamas and Fatah.  The national news showed the beginning of a cell phone video of a Hamas attack on a Fatah supported Gaza, in which he was almost beaten to death.  The news program declined to show the more graphic parts of the video.

I know that I’ve commented on this issue in previous blogs in previous years.  Sweden is the world’s leader in offering asylum to the world’s oppressed people.  I can best illustrate this by repeating a statistic I learned during last year’s tour:  That of all the social displacement resulting from the US occupation of Iraq, the US had only accepted 700 Iraqi refugees, while Sweden had accepted 40,000.  At a coffee stop along the highway in northern Sweden, we met a young man from Sierra Leone.  He told us (in English) of Libya’s support for rebels that created a civil war from which he was fleeing.  He is having to make the case that he’s not an economic refugee, aided by a group, Lawyers Without Borders, modeled on Medicines sans Frontiers.  I also met schoolgirls from Afghanistan, Thailand, and Burma.  Sweden seems to do a relatively good job at promoting integration of immigrants into Swedish society.  However, when the Danish cartoon was published showing a caricature of the prophet Mohamed with a bomb fuse sticking out of his turban, there were violent demonstrations against the Danes, which caused a right-wing move to limit immigration from Moslem countries or to limit immigration in general.  Sweden is similar to the US in that it is very rich in natural resources with large tracts of uninhabited land.  So compared with the population density of the rest of Europe, not to mention Asia, Sweden is perhaps in a better position than any other European country to accept population growth through immigration.

I was made aware of an interesting racial discrimination issue in Scandinavia, which concerns the Sami peoples.  The Sami’s are the original nomadic reindeer herders, who ranged historically from Norway, through Sweden and Finland, into Russia.  They are Europe’s only truly indigenous people, defined as existing in a certain geographic area since before recorded history and speaking their own distinct language.  The Sami faced the same discrimination faced by Native Americans or the Inuit of Canada, in which traditional grazing lands and nomadic territories were taken over by encroaching non-nomadic cultures.  The Sami didn’t have a concept of private land ownership, and thus were actually forbidden from owning land for many years.  There was the familiar shameful history of forced Christianization, stealing children, and the prohibition of speaking the Sami language in Swedish schools (similar to the US and Australian treatment of their native cultures).  I was given a book on the Sami by a lady at a museum in northern Sweden, which is the source of my information.  It was not until 1998 that the Swedish parliament apologized for its previous cultural repression against the Sami.  The largest indigenous people in the world without their own country are the Kurds of Turkey/Iraq.  I believe that the Pashtuns of Afghanistan/Pakistan are second.  We can blame the British colonialists for drawing those national boundaries based on geography rather than ethnography.

For the first time after these five years of my touring with Mynta, I had extensive discussions with Fazal about his growing up in Muslim (Indian) culture.  He is culturally Muslim just like Susan is culturally Jewish, i.e. aware of the traditions but not following the proscribed rituals and culturally exclusionary practices.  Fazal told of attending lamb sacrifices as a young boy and having to place his hand on the lamb as its throat was slit.  It reminded me of the origin of the scapegoat concept, in which the lamb took on all the sins of the people, which would be absolved through its sacrifice.  Indeed, all the rituals around lamb sacrifice are echoed in Jewish and Christian history.  Jesus, the “Lamb of God”…”Are you washed in the blood of the lamb?” 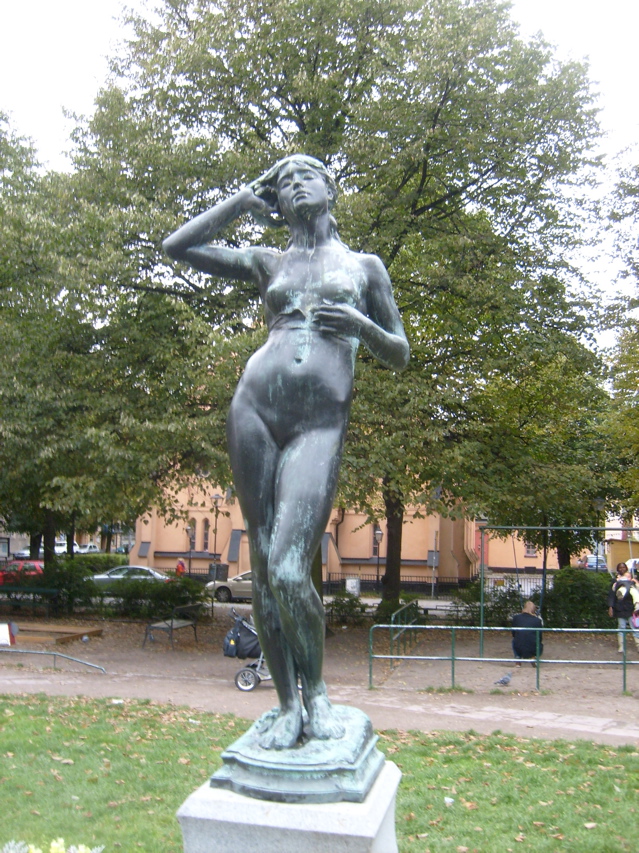 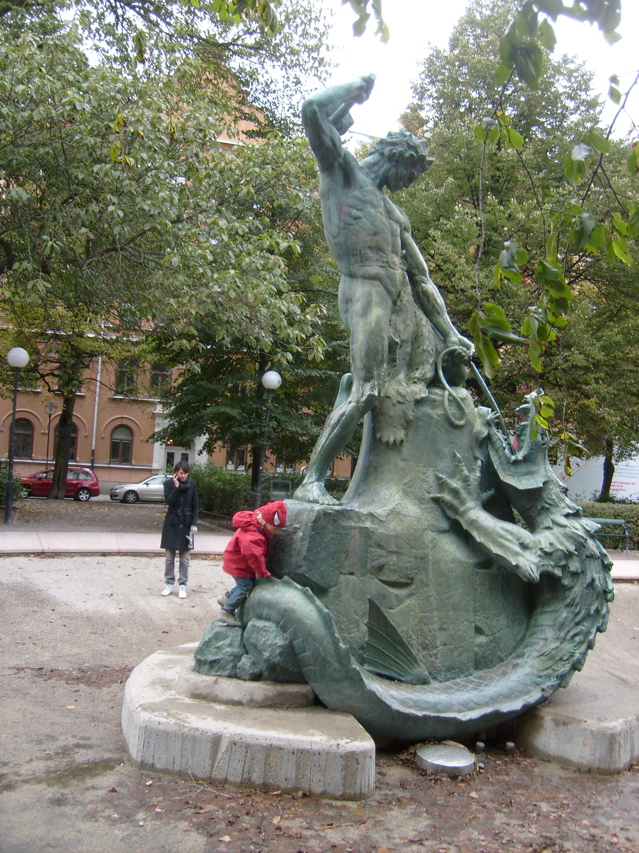 We talked about the Muslim fundamentalists who have taken the stand that Mohamed condemned music.  Thus the Taliban and some Iraqi fundamentalists blow up music shops and cause professional musicians go underground or emigrate.  Fazal interprets that Koran verse as being a prohibition against the licentious application of music (and belly dancing) for sexual arousal.  [This reminds me that Christian fundamentalists who take that bible verse about homosexuality being an abomination as a blanket condemnation are misreading their bibles.  I read that verse as being a prohibition against slave masters raping their same sex slaves.]  Fazal has noticed that his Moslem tabla students have diminished in number in recent years.  He has more Hindu students.  The founders of the major music schools in historic India (now divided into India, Pakistan, and Bangla Desh) were mostly Moslems.  And so, a rich music cultural tradition is being abandoned across parts of the Moslem world because of fundamentalist religion. 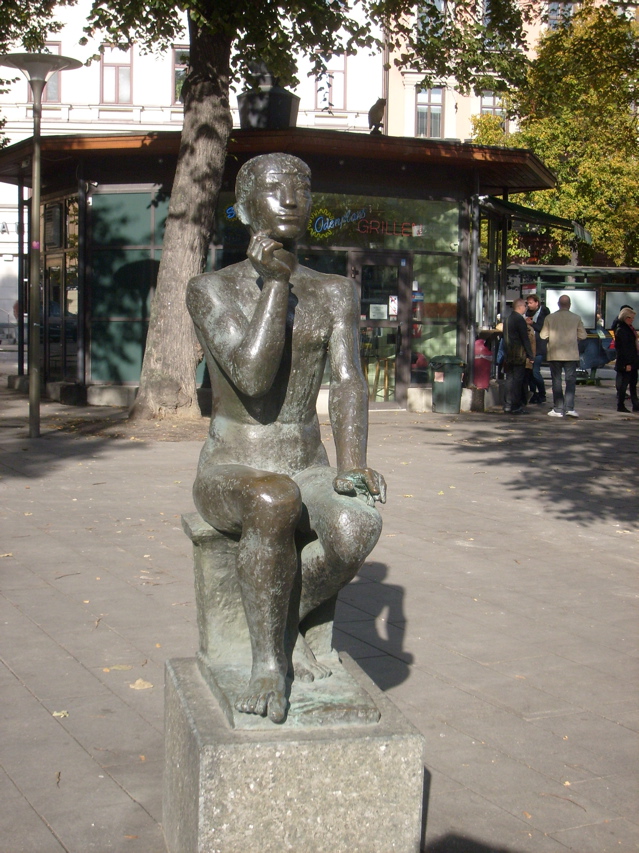 I don’t have time to write everything in great detail.  So I will just list some cultural observations, some of which are no doubt repeats from past years’ blogs. 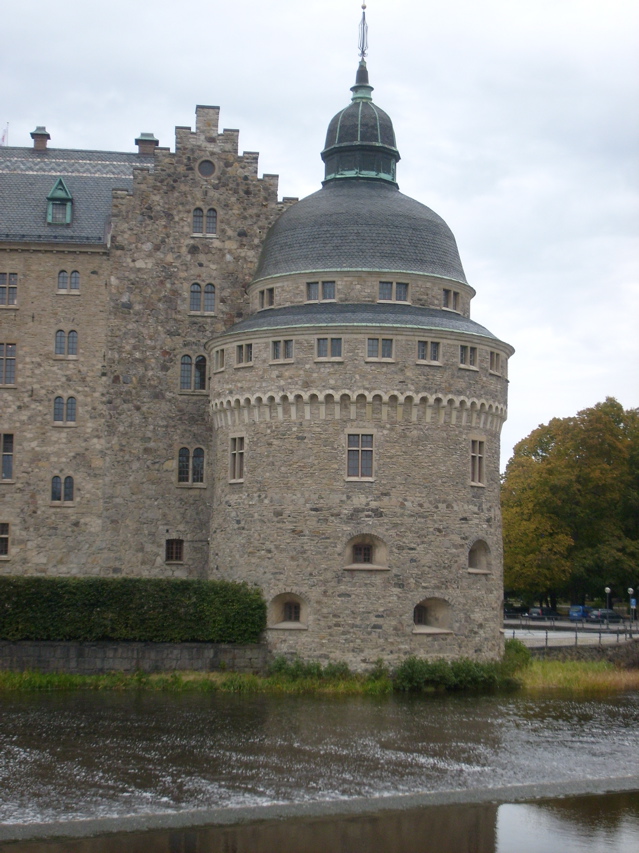 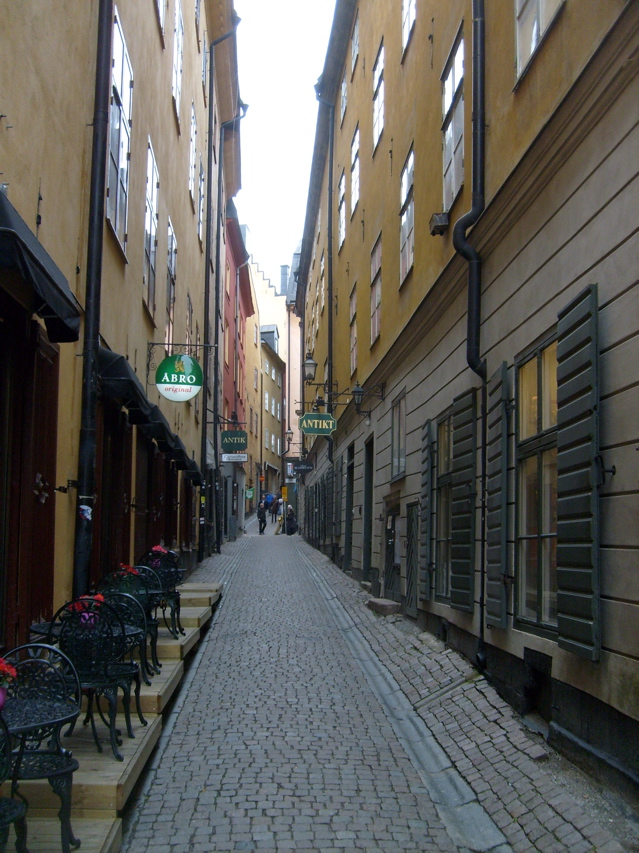 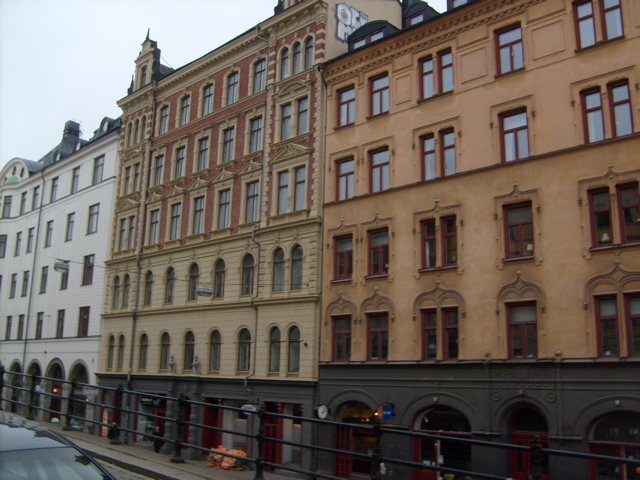