We live in interesting times.  Consider Syria…After being in the air flying back to Reno during the president’s speech, I’ve been listening to the re-broadcast and talking heads. The most compelling question begging for a military strike is:  Would our lack of response to this poison attack encourage more such attacks in the future?  Now there seems to be an escape from war with Russian cooperation and Syrian acquiescence.  If this possibility materializes, it will be a triumph for Obama, Kerry, and Hillary.  The discussion of whether to go to war or not is important and worthwhile.  There was no serious prolonged discussion before we went to war with Iraq and Afghanistan. 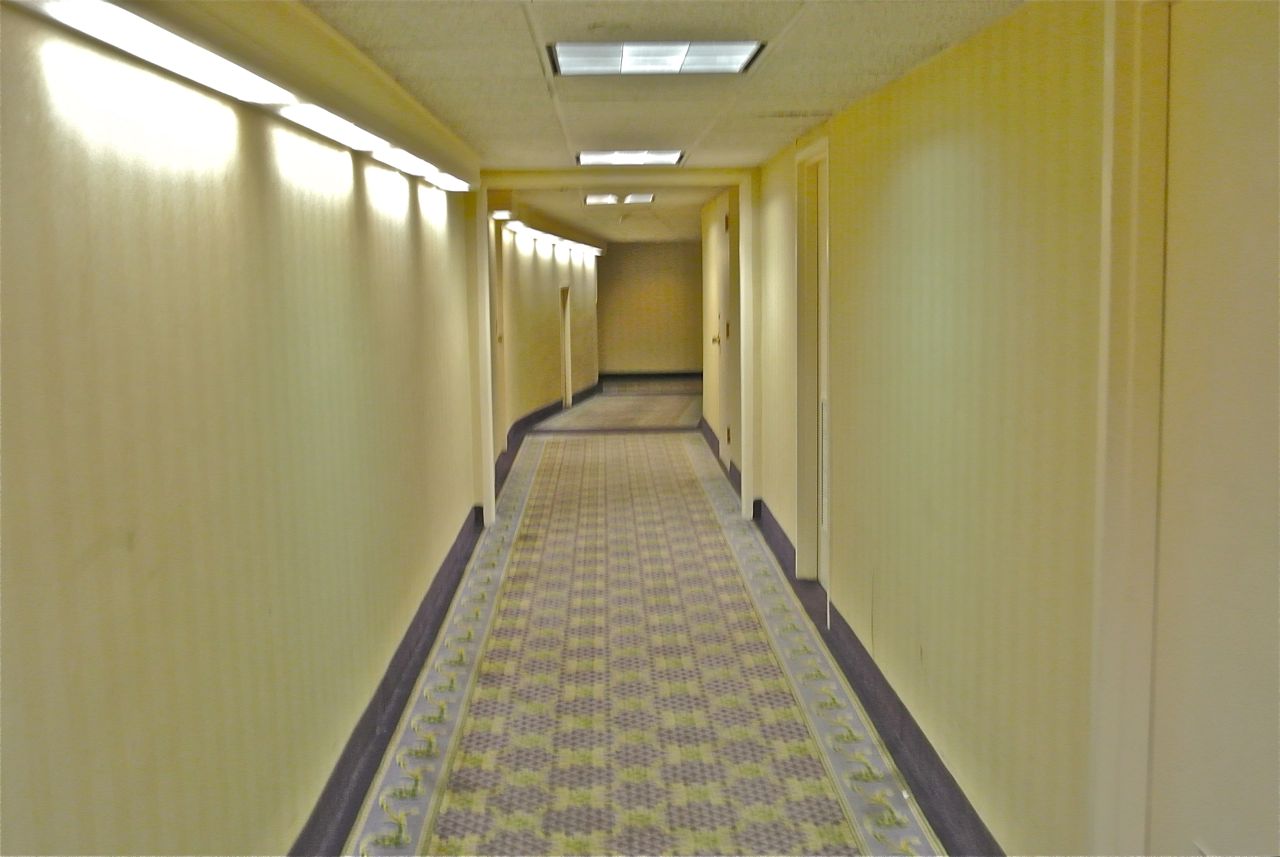 There have been many references to the one hundred thousand people who have died in the two years of civil war in Syria.  440,000 Americans die from tobacco every year.  No one is talking about that.  Thirty thousand people die from gun violence every year.  Another twenty-five thousand in the US die each year for lack of health insurance.  Why is there no national discussion about all these deaths?  Why aren’t tobacco pushers in jail instead of marijuana users?  Why does our nation have so many gun deaths compared with Canada or Switzerland, countries with similar high per capita gun ownership?  Why is our public healthcare system so lacking that thousands of Americans die for lack of access to healthcare, and the rest of the country doesn’t even notice?

The questions above were posed by moderator John Hockenberry in his opening speech to the Transform 2013 conference, sponsored by the Mayo Clinic in Rochester, Minnesota.  I had heard John on National Public Radio.  He is a brilliant interviewer, commentator, and journalist, well-read, informed about his guests, and funny.  He happens to be a paraplegic in a wheelchair. The conference is structured like the TED conferences (Technology, Entertainment, Design) with each guest allotted only eighteen minutes for his/her presentation.  This has been one of the best conferences I’ve ever attended. 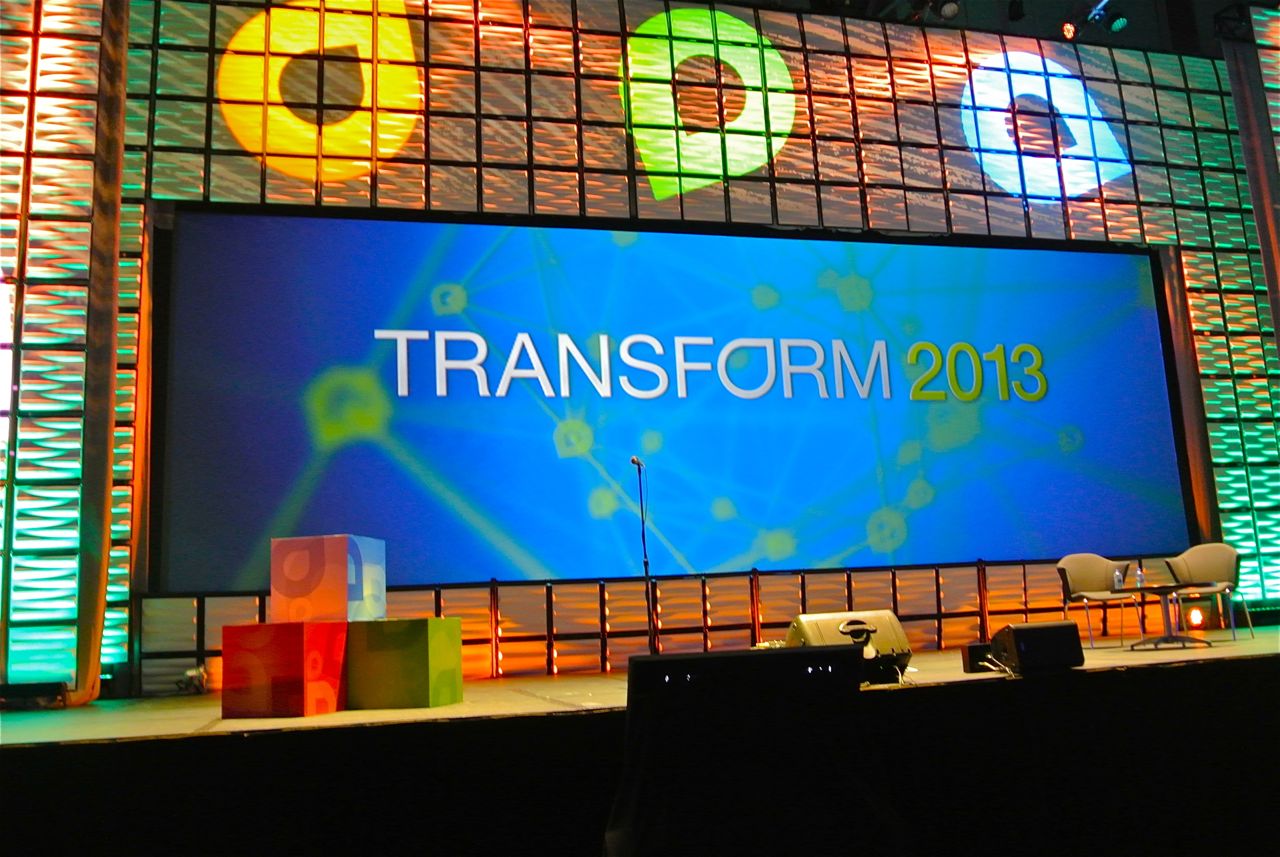 Susan’s and my presentation was third in line on the opening day of the conference.  We began with the performance of a single musical piece, Susan’s composition Lake Sunset.  That took almost half of our time allotment.  John then questioned us about the CARE Channel, our choice of music, and the effects on patient and their environments of the music we choose for hospital broadcast.  Our presentation was very well received.  We are honored to have been invited to present at the conference and privileged to be in the company of so many outstanding healthcare leaders. 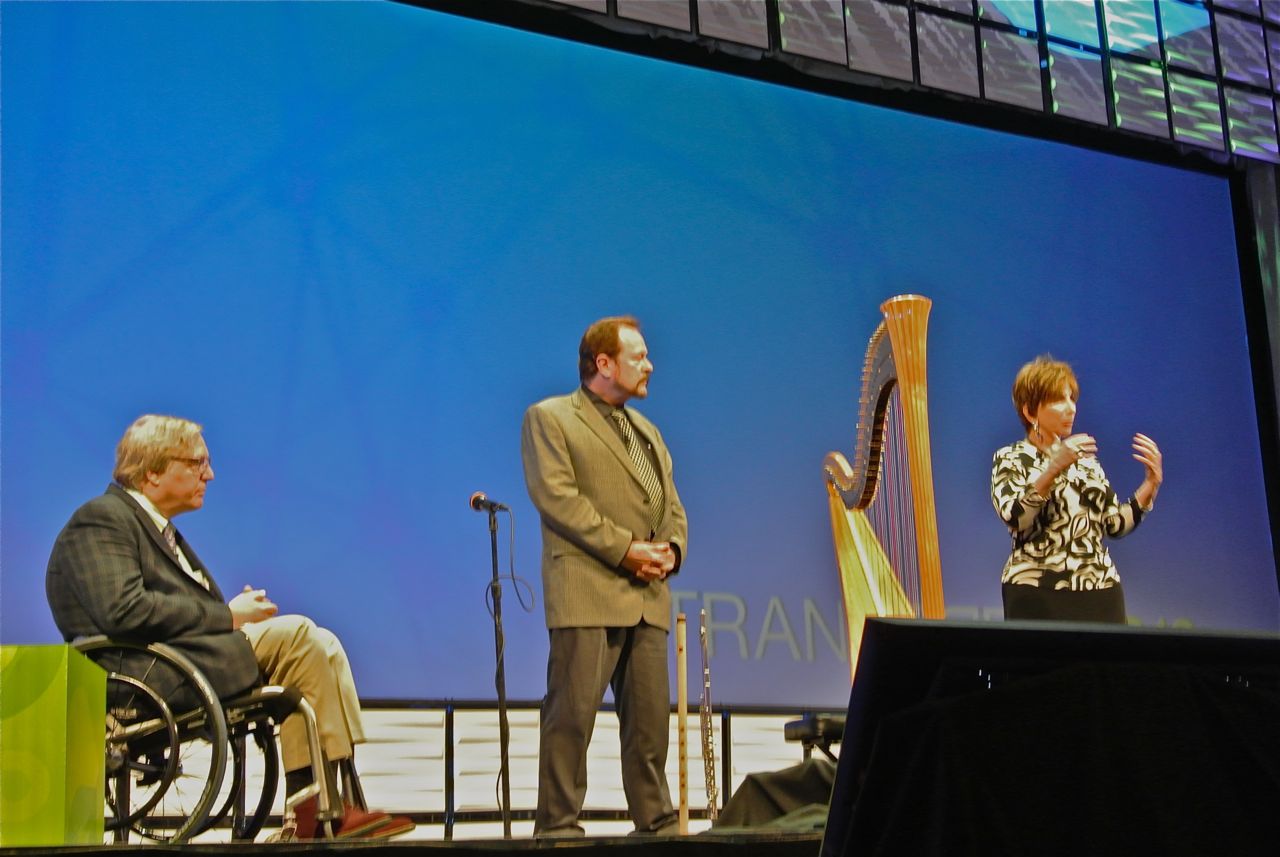 The conference was broadcast live on the web and will be posted within a couple of weeks for general viewing.  My respect for Mayo Clinic is unequaled by any other hospital.  Mayo delivers completely integrated care.  This means that a patient coming for treatment can receive immediate testing and results as well as consultations by any type of specialist necessary.  Mayo is structured as a large group practice, meaning that there is no incentive for any staff member to perform unnecessary procedures and testing.  The many doctors are paid a generous fixed salary as opposed to the fees-for-services model more common in the current medical business model.

Two days prior to the conference, Susan and I had played a concert in the Mayo Clinic atrium.  We learned that there is a weekly concert series in the atrium featuring all styles of music.  Our concert was videoed for future broadcast on one of Mayo’s seven in-house channels.  We are proud that Mayo broadcasts the CARE Channel in HD and SD, having been an HHS client for several years. 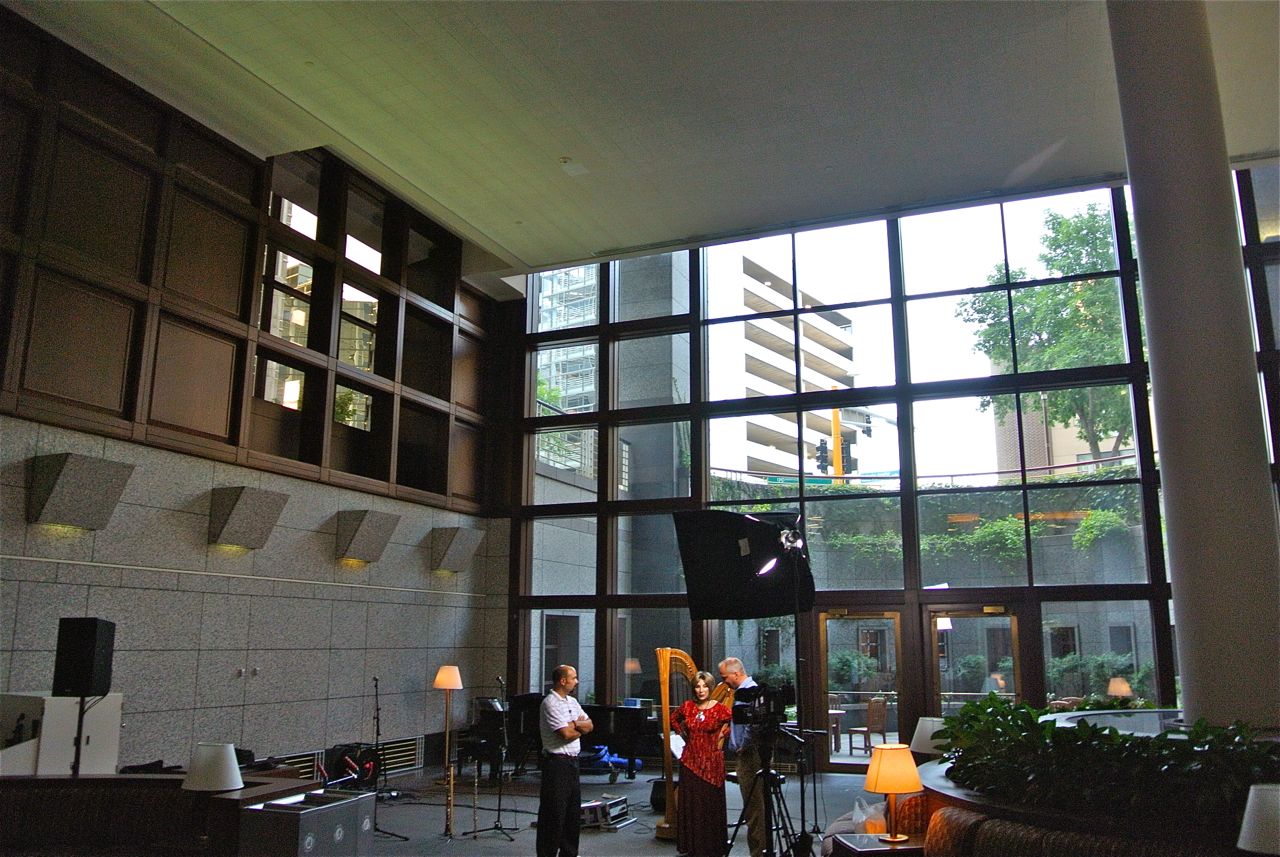 The presentation of T. R. Reid was most provocative.  Reid is a radio journalist and the producer of a PBS Frontline documentary about healthcare around the world.  His opening statement was that “In the US, we pay too much money for too little care.”

American healthcare is losing quality compared to many other countries.  For example, the US infant mortality rate, previously 31st in the world, has dropped to 49th place, a shameful measure, worse than Cuba and all of Europe as well as other rich countries (source:  CIA Fact Book).

Arab sheikhs and Brazilian soccer stars can afford to travel to Mayo for their healthcare and pay out of pocket.  If all Americans could afford that, we wouldn’t have a healthcare crisis.  The biggest crisis is a moral one: Americans, as a people, have never agreed that access to healthcare is a human right. 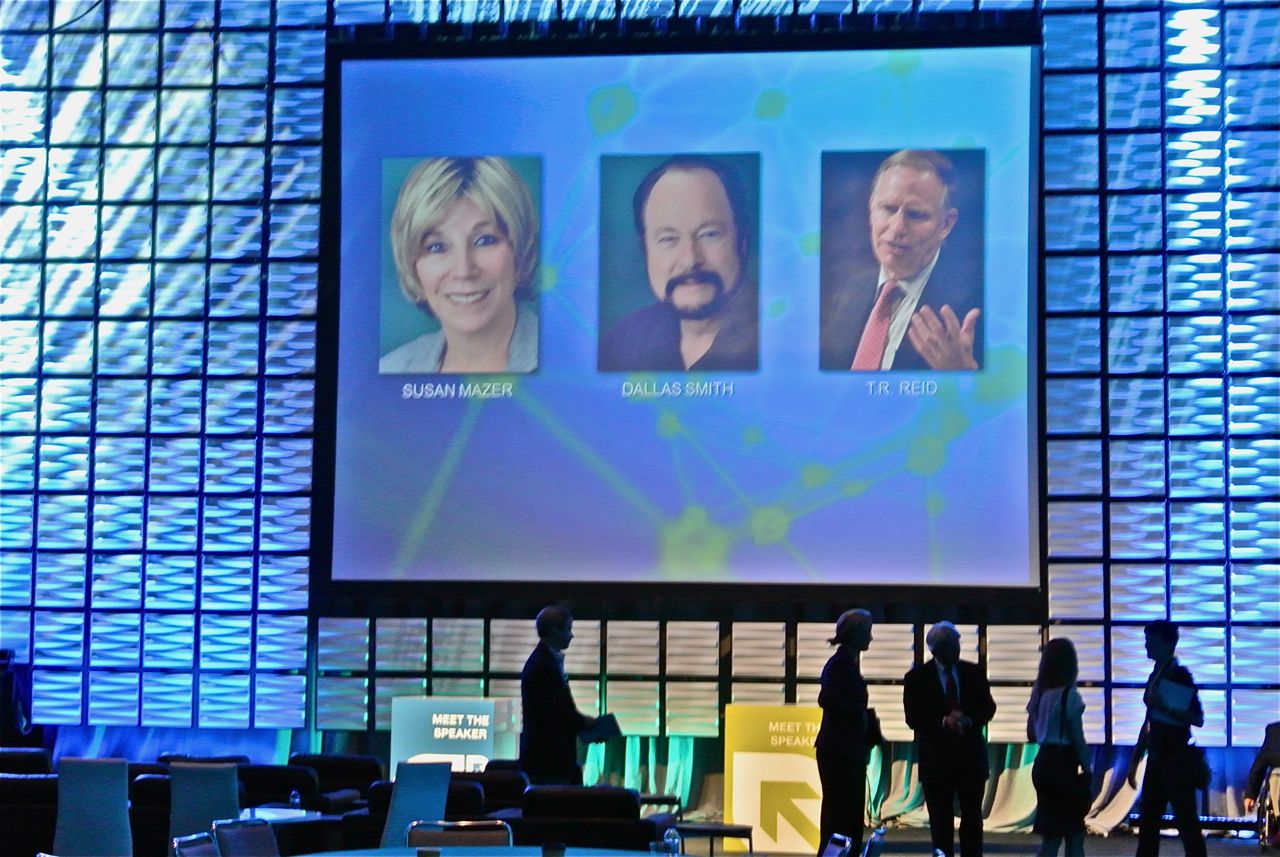 Reid outlined his assessment that America has a mix of healthcare systems.  The VA system (Veterans Administration) is pure socialist, i.e. government owned and operated.  The Medicare & Medicade systems are half socialist, i.e. tax supported but care delivered through private healthcare facilities.  The employer-based healthcare segment is purely capitalist, i.e. for-profit insurance companies paid by employees and employers.  Those who don’t have insurance through their jobs must purchase
(more expensive) insurance on the open market.  Those who can’t afford insurance either pay out of pocket or do without care.  The twenty-five thousand deaths a year occur in this group of poor people without access to healthcare.

How do countries like Germany, Sweden, France, and England manage to produce better healthcare results for half the cost per patient?  The fault lies in the US lack of coordinated systems present in those countries.  Our hospitals compete for patients/customers (the “medical arms race”), spending money on advertising and impressive hotel-like atriums instead of on primary care.  The insurance industry siphons off a significant part of the money paid in premiums for its profits.  The pharmaceutical industry charges Americans the highest drug prices in the world. 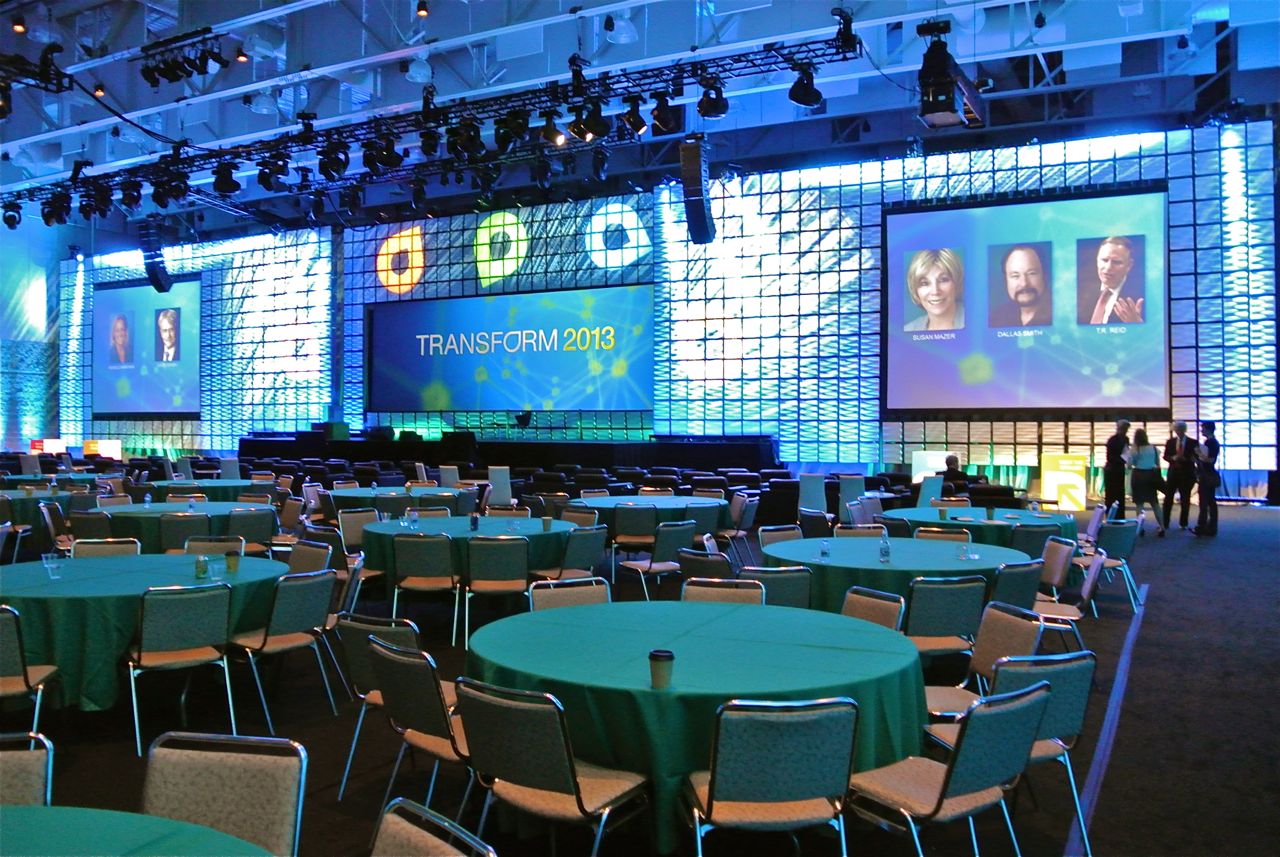 According to Reid, the Affordable Care Act aka Obamacare does not fix the current system.  But it is an improvement over the status quo.  Reid’s closing statement:  “If Americans ever affirmatively decide the moral question that people deserve access to healthcare regardless of income, the rich European nations will be able to show us how to do it, to deliver superior care much cheaper than we in the US do currently.”

It’s not good enough that we have many good hospitals staffed by committed professionals who deliver state-of-the-art care.  India also has some great hospitals, staffed by doctors trained in the US, the UK, and other European countries, which cater to medical tourists. Yet, half of India’s billion-plus population will never see a doctor their whole lives.  America, by contrast, is a rich country.  We could afford universal access, which many poorer countries have made the decision to provide.  But the necessary national consensus has never been achieved.  It was refreshing to be in the company of a convention of committed professionals who believe medical care should be available to all. 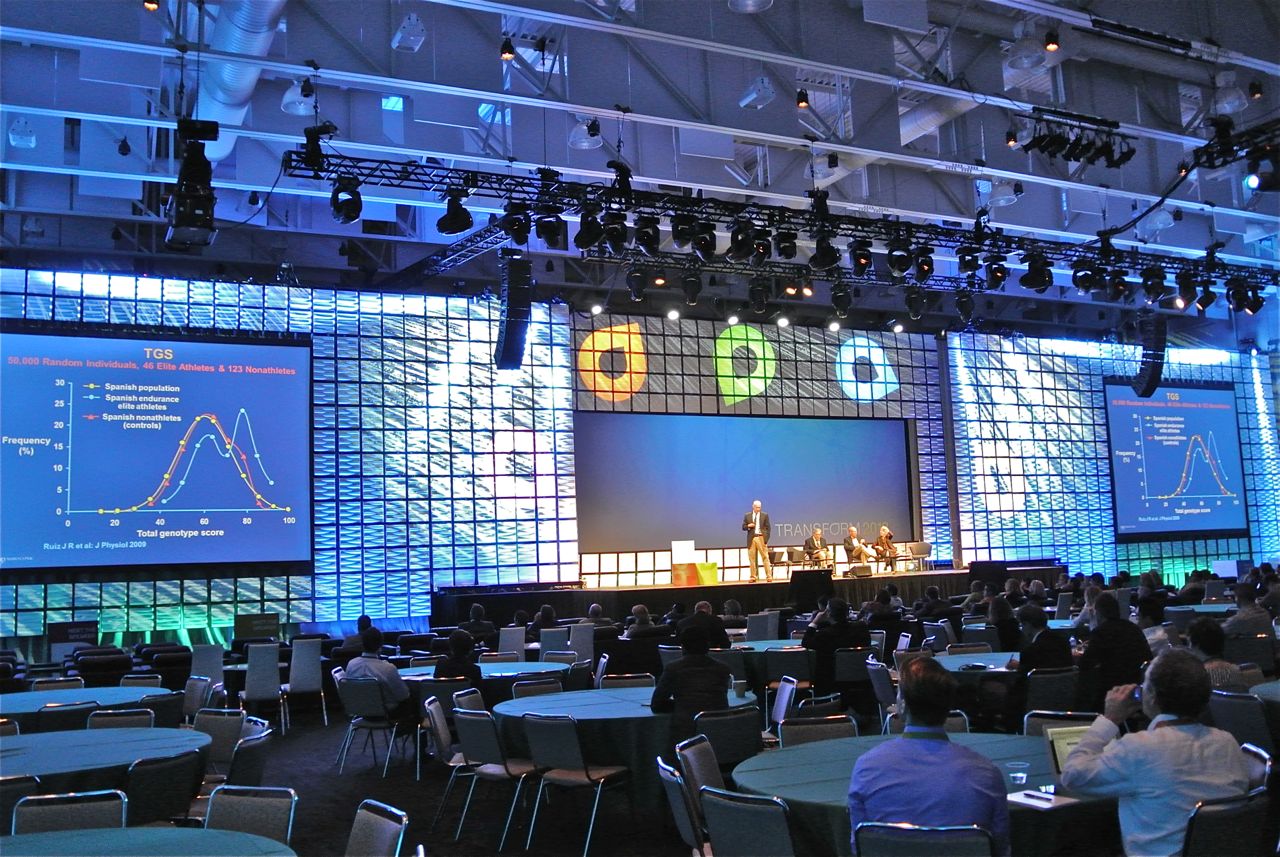