I could write a substantial narrative about our first few days in Jordan: arriving in Amman, driving from Amman to Aqaba, taking a 4-wheel Jeep excursion into the Wadi Rum nature area, and visiting the amazing archeological treasures of Petra.  Instead, I will let my photos tell those stories.  This blog will address a far more serious event and the reason for our visiting Jordan again, to attend the second conference of Middle East Nurses Uniting in Human Caring.

Following the Arab-Israeli war of 1967, Israel conquered from Jordan and occupied the West Bank and from Egypt the Gaza territories, formerly parts of what was known generally as Palestine, home for millennia to Moslems, Jews, and Christians. Just a few years ago, Israel pulled back its occupying soldiers from inside Gaza, followed by a brutal military campaign in which 13 Israelis and approximately 1300 Palestinians died.  Israel still maintains a land & sea blockade of Gaza.  Israel continues to occupy and control the West Bank, home to at least five million Palestinians.  Palestinians have no passports, since they have no country.  Israel restricts their travel outside the West Bank, with Jordan being the only neighboring country, which will accept the stateless Palestinians through a special border crossing for them. 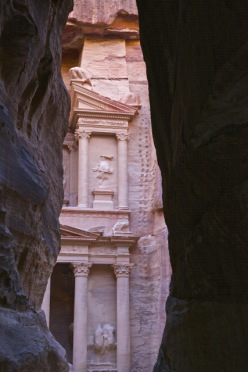 The long-term issue facing Israel is whether there will ever be a “two-state” solution, meaning that Israel will pull out its occupying forces from the West Bank

in order for the Palestinians to have their own country.  Fundamentalist religious Jews believe that god gave Israelis the West Bank, which they call Judea and Samaria, and that the millions of Palestinians should be forced out into neighboring Lebanon, Jordan, and Syria.  Hypothetically, this would be the largest ethnic cleansing in history since the division of India and Pakistan in 1948.  I think these Jewish zealots are delusional.  On the other hand, a “one-state” solution (formally making Judea and Samaria part of current Israel) would potentially mean that Jews could eventually become a minority to the more prolific Arabs within “greater Israel.”  Then, Israel would face the prospect of abandoning its current democracy in favor of an apartheid-type situation in which Arabs would not have equal rights to Jews.  I think the world would punish Israel if it tries to take this route.

Thus, the stated intention of current Israeli-Palestinian negotiations is to lead to the two-state solution.  However, forty-seven years of Israeli occupation of the West Bank has not yet led to a solution.  Meanwhile, militant Jewish settlers continue to encroach on lands intended for the eventual Palestinian state.  They never intend to give up these settlements and will even fight the Israeli army to retain what they think god promised them in the bible.  There’s nothing like religious fervor to promote a fight to the death.

One of Israel’s largest and most modern hospitals is the Hadassah Medical Center.  It is staffed by Israeli Jews, Israeli Arabs (who are Israeli citizens), Palestinian Arab Moslems and Arab Christians.  The Palestinian workers who live in the West Bank must pass through the heavily guarded border crossing between the West Bank and Israeli-controlled Jerusalem every day, wasting several hours in this humiliating transit.  The most acute Palestinian patients are treated at Hadassah Medical Center, after which they are returned to hospitals in the West Bank. [At present, the Hadassah system is in a severe financial crisis, having declared bankruptcy, and not paying its nursing staff, which therefore is currently on strike.  But this is another ongoing story beyond the scope of this blog.]

At the conference which took place in Aqaba, located on the southern coast of Jordan, an American-born Israeli critical-care nurse spoke of treating many Palestinian patients during her long career.  But she was frustrated about the fact that, after treating the acute Palestinian patients, she would never hear about them again.  She could not determine if they received adequate follow-up care, not to mention her personal interest in these patients.   And so, this nurse sought to reach out to Palestinian nurses working in the West Bank, to open previously non-existent lines of communication.  This effort yielded relationships between Israeli and Palestinian nurses based on their shared values and professional ethics, of treating all patients equally and freely, without regards to religion or political beliefs.  The eventual outgrowth of these emerging relationships was the Middle East Nurses Uniting in Human Caring.

I’ve written about Dr. Jean Watson in previous blogs.  She is the world-famous American nursing theorist and author who led this (and the previous) conference, under the assumption that on the basis of nurses’ shared values, they can be a force for peace.  He first activity was to have everyone attending the conference introduce themselves.  We were very pleased at the increased attendance of Palestinian nurses.  Previously, these nurses were not allowed to attend the conference held two years ago in Jerusalem.  (Palestinian society generally considers any friendly interaction between Palestinians and Israelis to be “consorting with the enemy.”  This led to the decision to hold future conferences in “neutral” Jordan.  The Palestinian nurses proudly introduced themselves as residents of “Palestine.”

The conference offered a dozen or so Israeli and Palestinian nurses fifteen-minute time slots to report on various research projects and issues being dealt with at their various hospitals.  It was clear from the various presentations that nurses everywhere face similar challenges.  They are united in their shared values, which include: quality assurance, team approach, error reduction, safety, effective monitoring of patients, compassion, and caring.

One of the most compelling presentations was from the director of a hospital located in northern Israel, near the Golan Heights (land won by Israel from Syria in the 1967 war).  One year ago, the Israeli government opened the border with war-torn Syria to admit wounded children to be treated in Israel.  Syrian parents are required to turn over their children to Israeli border authorities with no assurance of when or if they will ever see their children again.  This is remarkable, since Israel is traditionally regarded by Syrians as the enemy.  Several hundred children have received treatment in Israel, many of whom required prosthetic limbs.  Their parents are so desperate that their previous enemy, Israel, is a better option that the Assad regime which is responsible for their children’s injuries.  By contrast with Israel, Jordan, a small poor country with only approximately five million residents, has received over a million Syrian civilian refugees who live in squalid desert camps just across the Jordanian border from Syria.

An uncomfortable episode occurred one evening when around twenty of us went out for dinner at a local Aqaba restaurant.  It took a while to move tables around to accommodate our large mixed group of Israelis, Palestinians, and Americans.  I had already given my order to the waiter, when several of the Israelis stood up and informed us that they were being denied service because they were from Jerusalem.  It was an awkward and unfortunate event.  All twenty of us stood up and left the restaurant.   Talking about it afterwards with an Israeli woman (one of my favorite nurses that we had met at previous conferences), she was very compassionate, pointing out that we have no idea of the restaurant owner’s experiences or motivations that would make her so hostile even to nurses.  Perhaps he had lost a family member in one of the many past wars and conflicts.  We found another restaurant and were all served with no further problems.

has lived in Israel for many years, married to Susan’s sister, Alisa.

We were shocked to read in the newspaper that at exactly the same time that we were entering Israel, there was a bombing just a few miles away on the other side of Eilat, at the Israeli-Egyptian (Sinai) border crossing.  The target was a tourist bus.  Three Korean tourists and the Egyptian bus driver were killed.  Eilat has previously been the target of crude rockets fired by terrorists from the desolate Sinai peninsula.  Israel is also a frequent target for rockets fired from Gaza and Lebanon, which reminds Israelis that they live in a war zone.

Meanwhile, conditions in neighboring Syria, Iraq, Egypt, and Lebanon continue to worsen.  Sometimes, one feels helpless in the face of larger circumstances that impact whole nations and regions.  And yet, there is the traditional saying, “Let there be peace on earth, and let it begin with me.”  That means that individuals must do whatever they can on a personal level to be part of the solution, not part of the problem.  Thus, in our very small way, Susan and I intend to continue to support the Middle East Nurses Uniting in Human Caring, by working with Dr. Jean Watson, and attending future conferences to be held in Jordan, which build the sorely needed personal relationships across the lines of language, nationality, history, and religion.

http://www.mazerandsmith.com
Dubai: The Richest Country in the World
Norway: Cruising up the Coast