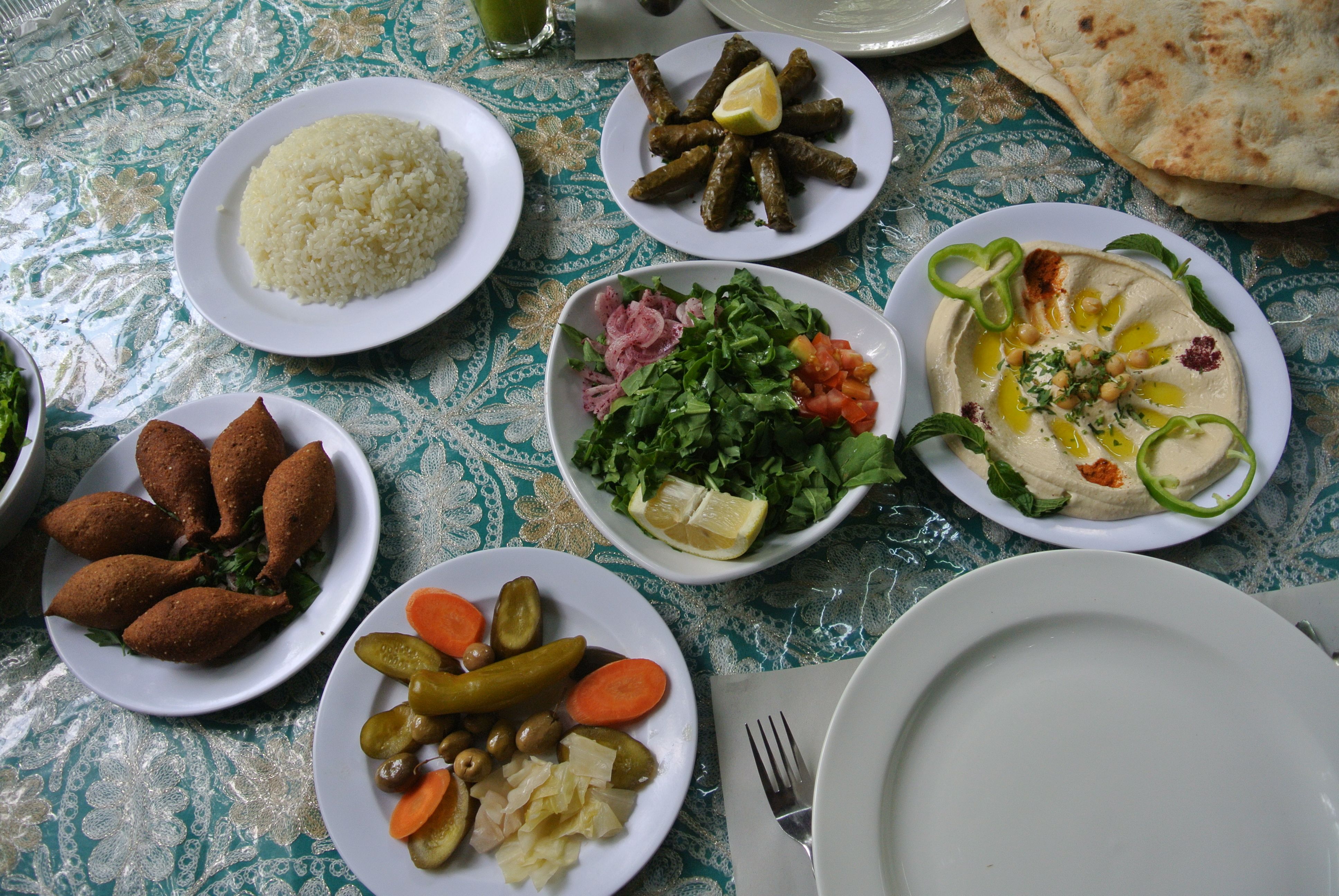 In Amman, Jordan, the Grand Hyatt’s television had four news stations grouped sequentially:  CNN World, BBC, Fox News, & Al Jazeera English.  It was very convenient to compare news coverage by jumping back and forth between the channels.  Here are my observations:

CNN World is different from CNN USA.  None of the talking heads domestic political shows are aired.  Instead, there is much more emphasis on world news, particularly the stories of the week, e.g. the floods in Europe, demonstrations in Turkey, the Syrian civil war, and the disclosure of the US government’s covert data collection system.

The BBC is a very “serious” news network, with fewer entertainment and sports programs than CNN.  It provided more live coverage in its news stories from Europe and the Middle East.

Fox News here was the same as in the US, i.e. snarky talking heads expressing their obvious bias against Obama.  I watched a lengthy interview with Florida senator Marco Rubio, who condemned the implementation of Obamacare.  At our recent conference, I learned the concept of “death by indifference” which refers to the phenomenon of healthcare institutions neglecting patients deemed not deserving of care, such as the mentally challenged, the terminally ill, psychotic patients, etc.  In Rubio’s case, he would condemn thousands of people to death by denying them the access to healthcare that is scheduled to begin in 2014, under Obamacare’s modifications of access rules regarding insurance companies.  Rubio has never offered any alternative to Obamacare that might save the lives of the uninsured.  Fox news rarely airs views that contradict their conservative bias.

Al Jazeera was the pleasant surprise of the four news networks.  As could be expected, this Qatar-based news network has more reporters on the ground in locations around the Middle East, such as Syria, Turkey, Egypt, and Palestine.  They aired in-depth discussions of current issues, with a range of opinions normally found only on NPR or PBS.  Generally, I found Al Jazeera’s news coverage to be as good as or better than the other three networks.  I urge my readers to check out Al Jazeera for yourselves.  It has emerged as a world-class news organization.  (Coincidentally, I’m writing these words in Doha, Qatar, the home of Al Jazeera.)

A Personal Story from an Israeli Arab

From my extensive travels in Europe, India, and the Middle East, it’s clear that there is a news blackout in America in the mainstream media of news reports from the Palestinian territories.  The only thing that is ever reported in the American press is the recurring violence from both the Palestinian and Israeli militants.  There are no reports of the everyday lives of the people.  Thus, it was very interesting to have the opportunity to speak at length with an Israeli Arab lady who lives in Jerusalem.  I’ll call her Sana.

Susan and I had breakfast at the hotel in Amman with her.  Sana is a very intelligent 21-year-old.  When she was sixteen, she was part of a mixed group of Israeli and Palestinian students who traveled to the US to attend a “peace camp” which lasted several weeks.  The students discussed, argued, screamed and cursed each other; they cried together; they laughed together; eventually they came to understand each other and respect each other’s points of view.  Their encounter was meant to be a model of what might happen in the larger context of negotiations and potential reconciliation between the Israeli and Palestinian populations, who mostly hate each other and are preparing for the next war.

Sana is a Palestinian Arab with Israeli citizenship, based on the fact that her family never left their home in East Jerusalem after the 1967 war, in which Israel gained control of Jerusalem, the West Bank, and Gaza.  She said that her life is very difficult.  Israeli Jews regard her with suspicion, because she is an Israeli Muslim.  Palestinians in the West Bank regard her with suspicion because she lives in Israel and works with the “enemy.”  Jews and Arabs in Israel have very little social interaction away from their jobs.  There is a social segregation reminiscent of the black/white segregation present in the South prior to the civil rights movement.

Her description of Palestinian society was disheartening.  The picture she painted reminded me of Communist East Germany, in which people are suspicious and mistrustful of each other.  Anyone might be a spy for one side or the other.  For example, Israel pays poor Palestinians cash to report on potential “terrorists”.  A secret report by a Palestinian who has been paid by Israeli agents could result in Israeli soldiers bursting into a family’s house in the middle of the night to arrest a son or daughter suspected of terrorist sympathies.  Conversely, if Palestinians suspect one of their own of being a spy, that person might be maimed or killed by his own countrymen.

There is a pervasive sense of being trapped and having no future for young people growing up in Palestine.  They have been occupied and controlled continuously by Israel since the 1967 war.  Sana related that it can take two to three months for a Palestinian to get permission simply to come to from the Palestinian territories into Israel for work or studies.  Graduates of the Palestinian university are not recognized in Israel, making it difficult for them to secure jobs in Israel, since there are few jobs for them in Palestine.  Palestinians have a “passport” issued by the Palestinian Authority.  But since “Palestine” is not recognized as a proper country, it is difficult for Palestinians to receive visas to visit any country, except for Jordan, which hosts many Palestinian students at its schools and universities.

According to Sana, the prospect for females living in the Palestinian territories is even worse.  Following their schooling, they generally get married, have babies, and spend the rest of their lives at home serving their husbands and children.  Sana is more ambitious than this.  She has the definite advantage of holding a proper Israeli passport, though she has difficulty finding a job in Israel, because preference is given to Jewish job applicants over Moslem Arabs.

Because the Palestinian territories have been under Israeli control for 46 years, with no immediate prospects of that situation changing, many young Palestinians desire to escape their homeland.  But because it is so difficult, because the barriers are so vast, only the most intelligent, educated, and motivated young Palestinians succeed in escaping the territories.  This is a classic example of the “brain drain” in which a country (in this case, potential country) loses its best and brightest young people because they don’t see a future for themselves at home.  America is a big winner in the global migration of the best and brightest.  (The lack of immigration reform in the US is diminishing America’s traditional advantage in this regard, as talented immigrants find it easier to establish new lives in Europe, Canada, or Australia.)

At the end of our conversation with Sana, there was a note of hope.  Sana, and outstanding young Palestinians like her, represent the best hope for a future in which the current impasse between Israel and the Palestinians can be resolved.  The current leaders of the respective parties seem unable to envision a common future.  A peaceful resolution will require cooperation and the combined efforts of young Israelis and Palestinians who are willing to work together to co-create a future that works for everyone.  I just don’t see how the status quo of Israeli occupation of the Palestinian territories can endure another forty-six years.  Israel’s Muslim neighbors (with the exception of Jordan) are preoccupied with their internal struggles, and thus do not pose an immediate threat to Israel. Absent a resolution, Israel’s Arab neighbors will eventually unite against Israel.  At this point in time, Israel holds all the power in the relationship with the Palestinians.  I fear for Israel’s survival if it fails to use that power equitably and wisely.

Leave a Reply to Paul Vandervoort