India 2013: Rajastan and the Kumbhalgahr Fort 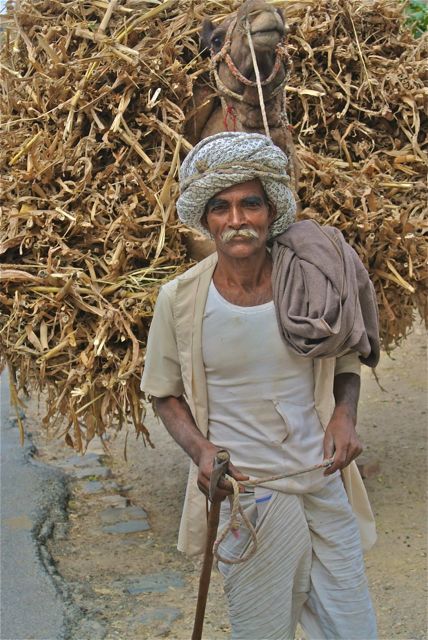 Mynta’s third concert was a very special one in the Indian state of Rajasthan, at an outdoor stage beside a 15th century fort on top of a mountain.  It was my first time to visit this part of India.  Rajasthan is located on the western side of northern India, bordering Pakistan.  There is a large desert barrier between India and Pakistan that creates a natural buffer between these perennial enemies.  The Rajasthanis are renowned for their colorful clothing and their independent nomadic lifestyles.  The part that we visited was not the barren desert of the border areas.  However, it was reminiscent of the Nevada desert, which contains some natural vegetation, as opposed to the completely barren landscapes on the western border area.

We flew into the ancient city of Udaipur, which is famous for the ancient palace used as an exotic setting in the James Bond movie Octopussy.  From there, we traveled two and a half hours by van to the tourist resort near the mountain fort that was the venue for our concert.  In Udaipur, there is a mix of people, some dressed in western-style clothing, looking very drab compared with the colorful village clothing.  As we drove into the mountains away from Udaipur, it was like going into a time warp, where the people live as they have for centuries, eking  enough food to survive out of the inhospitable landscape.  The farms show the results of centuries of habitation and cultivation, as evidenced by the stone walls built from stones removed from the fields.  The fields themselves were terraced and irrigated from wells and a “river”, now almost nonexistent in the dry winter season.           We stopped our bus at one point in order to observe and photograph a farmer irrigating his fields by driving his oxen to turn a pulley which rotated a waterwheel built out of old metal cans.  The well was an open hole perhaps thirty feet deep.  The mechanism was ingenious, considering that there is no electricity or gasoline-powered pumps.  One could easily see that the farmer was using technology that has persisted unchanged for many centuries.

There is a wonderful mentality that one encounters in traditional societies such as rural Rajasthan.  The people are very friendly and open, without any ulterior motives, such as trying to sell us something.  This is similar to my experiences in Afghanistan in the early 70’s, where the simple village farmers were very honest and congenial.  There’s something about anonymous city life that seems to bring out the more selfish and exploitive human tendencies.  The traditional farmers know that they have to help each other during tough times creating a very cohesive social structure within these traditional agricultural societies.  I’m not saying that primitive village people are “noble savages” that don’t suffer from the same jealousies and petty passions as the rest of us.  It’s just that the anonymity of urban life seems to breed more crime and corruption.

This historic fort dates from the 15th century, though the site of the fort has apparently been inhabited for two thousand years.  I’ve recently toured ancient forts in Italy and Turkey, but this Indian fort is the best-preserved one I’ve ever seen.  I’ve not yet read the history of the fort.  But its pristine preservation would seem to indicate that it was never besieged or conquered.  There were ancient cannons on display.  The fort’s walls contained regular openings to either archers or guns, perhaps both over the centuries.

There were a series of gates through which any visitor (or potential predator) was required to pass through.  Then there was the immense wall that surrounds the fort.  Behind the walls were several ornate Hindu temples.  One could imagine a village being located within the fort’s walls.  The fort itself was surrounded by additional concentric walls and numerous gates, creating a series of practically impenetrable barriers to any would-be attackers.

In the heart of the fort on the mountain peak, we toured the king’s and queen’s chambers, the dining room, and even saw the royal toilet, which consisted of four holes in the floor of an upper room above the steep mountain wall.  One can only speculate and fantasize about the lives of the royalty who occupied this fort.  The construction is so extensive that there must have been more people living in the surrounding area than live there now.  The climate was probably wetter, enabling a larger population to thrive here.

There is another famous palace named Fatepursikri, located near Agra, the home of the Taj Mahal.  The huge palace complex of Fatepursikri was abandoned fairly soon after it was built, when it was determined that there was simply not enough water available to support the population that had hoped to live there.  And so this magnificent palace was abandoned.   There are other such ancient cities similarly abandoned, such as Ankor Wat in Cambodia, Tikal in Guatamala, and Persepolis in Iran.  Ancient climate change doomed all these incredible ancient cities.

The concert was sponsored by the Indian Tourism Bureau, as part of a three day festival.  Our resort hotel was host to a tour group of Korean-Americans from Los Angeles, as well as British and French tourists.  Fazal commented that the audience was very unusual because it was so mixed, consisting of foreign tourists, Indian tourist board officials, and local “peasant” farmers and their families.  Being outdoors and at a high altitude, the weather was quite chilly.  The locals left early, probably because they were cold, as well as generally rising with the sun and sleeping soon after sunset (since they have no electricity, our concert lasted past their usual bedtime).  But the tourists and upper-class Indians stayed and cheered us.  We were cold when the concert started, but we warmed up as the concert progressed.

We left the fort area the next day early enough drive back to the city of Udaipur and take a boat ride on the lake, with its view of the famous palace.  The smaller lake palace (on an island in the lake) is now a five-star Taj hotel.  It was as if we had traveled in a time machine from the ancient past back into the present, though with a sense of illustrious history, just by driving a couple of hours from rural Rajasthan back into the city of Udaipur.  At the end of the day, we flew back to Mumbai.

Leave a Reply to Jim Eaglesmith