Whenever I travel to “old Europe,” that is, the continent of Europe, I’m reminded that Europeans are much more aware of history than Americans are.  They see the old cathedrals, the castles, the city walls, the statues, the artwork…all products of their long history.  In Iceland, one is reminded constantly of “geological time.”  Geological time spans thousands of years.  But in Iceland, the landscape is so young and dynamic, that changes occur much faster than anywhere else in the world.  It is the most geologically active country in the world. The most recent volcano eruption was in 2014.  But there have been other eruptions in recent years.  Iceland has experienced an average of three major eruptions per century throughout its recorded history. Also, one sees steam rising from the ground in many locations.  Perhaps the most famous geothermal location is Geysir, the place which is the origin of our English word geyser, which has come to mean any hot water or steam vent from deep in the earth.  The first written reference to the geysers in Geysir was in the 1200’s.  Seeing layer upon layer of lava flows reminds me of the beginning of the Disney classic animated film, Fantasia, in which erupting volcanos fill lakes of molten lava, to the soundtrack of Stravinsky’s Rite of Spring.

Here is a brief summary of Icelandic history:  Iceland is a country of only approximately 350 thousand people, of which two thirds live in the capital, Reykjavik.  (Iceland stands in stark contrast to the Kurdish people, who number more than 40 million.  But they’ve never succeeded in having their own country.)  The island of Iceland was populated by human beings relatively late in human history, around year 870 AD, by Scandinavian Viking seamen, from what is currently the country of Norway.  Around year 1,000, the greatest tribal chieftain of Iceland threw his pagan idols into a waterfall (Godafoss=Waterfall of the Gods) and led the island’s inhabitants to Christianity.

Iceland was ruled first by the Norwegians.  When the king of Denmark merged his throne with Norway by marriage to the queen from Norway, Denmark came to dominate Iceland.  When the king of Denmark in the Middle Ages embraced Lutheranism, and rejected Catholicism, he decreed that his subject territories, including Iceland, should all be Lutheran as well.  Christianity was in its ISIS-type-period, with many wars between Catholics and Protestants (followers of the Reformation begun by Martin Luther).  Thus, when the last Icelandic Catholic bishop refused to convert, he was beheaded.  Iceland (following Germany and the rest of Scandinavia) thus became Lutheran.

The Icelandic people are heir to many unique sagas, stories of their ancestors.  They have the most complete and unbroken family records of any people, based on their relatively low numbers, their isolation, limited inter-marriage with other nationalities, and their relative stability, fighting to survive the challenges of harsh nature rather than battling other nations.  Icelanders struggled to preserve their unique language, an archaic form of Norwegian.  They sought for many years to become an independent country, first from Norway and ultimately from Denmark, which was finally achieved in 1944.

Iceland joined the community of modern nations through the efforts of its highly educated populace being able to exploit their natural resources, especially geothermal and hydroelectric power.  Iceland produces more energy per capita than any country on earth, including more than twice as much as the world’s second highest producer, Norway.  Reykjavik has become a cultural and banking center.  But Iceland’s banking sector was one of the first to fail in the world-wide financial collapse of 2008.  Unlike the US and most other countries, Iceland punished their bank officials who had caused their banks to fail, causing many Icelanders to lose their savings.  Throughout the financial crisis, all Icelanders never lost their healthcare, provided by the government and paid by their taxes.

Iceland’s currency, the krona, was devalued because of the 2008 collapse.  For several years, it became much cheaper to visit Iceland.  This stimulated the tourist rush which has led Iceland’s recovery.  Last year, 1.8 million foreign tourists visited the country, over five times Iceland’s native population!  Prices have increased from their temporary lows experienced following the 2008 international financial crisis.  Prices in the country are quite high now, comparable to Norway.  But Iceland’s incredible scenery, the great food, and its friendly people make it worth paying a little more than in most of the rest of the world.

I’ve just toured Iceland for nine days with my brother-of-choice, Bill Storey, from my home town of Columbus, Georgia.  Bill and I have traveled quite a bit together, mostly in the company of our wives, Susan and Linn.  Visiting Iceland together is a dream Bill and I had discussed for several years.  (I had visited Iceland once before, in 2009, but for only four days.)  Our trip totaled ten days, including the flights on Iceland’s new budget airline, WOW Air.

Our trip started in the capital city of Reykjavik, which is home to 230,000 of Iceland’s total 350,000 inhabitants.  The best thing that we did was to visit the Icelandic National Museum on our first day in Rekjavik.  This gave us an understanding of Iceland’s history, geology, economy, and politics, which made the rest of the trip much more interesting, since we understood much more than if we had not visited the museum.

Our three nights in Reykjavik were followed by five days driving the “ring road” which circles the island close to the ocean.  Iceland’s interior is mostly barren and completely uninhabited.  It may seem strange, but the place that Iceland reminds me most of is the big island of Hawaii.  Both islands have active volcanos with multiple miles-long lava flows on top of each other.  The older flows are covered with moss.  The more recent ones are jagged and devoid of vegetation.  I learned that the earliest basic rock layers in Iceland are “only” two and a half million years old.  Since the earth is four billion years old, Iceland is a relatively new land mass.  The boundary between the European and the American continental plates runs through the island, giving rise to numerous volcanos and hot springs.  This enables Iceland to use its geothermal energy for heating the city of Reykjavik, as well as providing cheap electricity to the extreme energy demands of aluminum factories, which are one of Iceland’s primary industries.

Iceland’s first settlers arrived in the tenth century, at which time there were large forests.  Over the next few centuries, all the trees were cut, either for building or to be burned as fuel to help the people survive the cold winters.  (Easter Island in the Pacific is another example of an island on which all the trees were consumed, one of the world’s first confirmed human-caused ecological disasters.)  New stands of trees are being planted in an attempt to bring back the forests.  But it is estimated that it will take over a century to restore the forests to what they were when the first settlers arrived, and reaching that goal will require an extreme effort by the Icelandic government and its citizens.

There is a very special feeling when driving through the barren volcanic landscapes.  One is constantly stimulated to imagine the conditions when the island was formed.  There were lakes of molten lava many miles wide.  Sometimes the boundaries between old and new lava streams are clearly defined.  The ice caps are shown as blank white areas on the map.  But seeing them from a distance, their size in very impressive, especially considering that during the ice age, Iceland was completely covered by glacial ice, similar to Greenland.  All Iceland’s ice, snow, and rain results in countless waterfalls.  The larger ones have names, but there are countless (probably thousands) of unnamed smaller waterfalls.

I highly recommend Iceland as a tourist destination to anyone who loves nature, doesn’t mind cold weather, and who wants to understand the geologic processes through which our continents were formed millions of years ago.  Iceland demonstrates the indomitable human spirit that has led humans to survive and thrive in extremely inhospitable areas.

If you made it through the blog above, here is a question about the photo below:  Why is the rainbow split/double?  This is the natural photo with no Photoshop manipulation.  Send me an email if you would like me to explain this unusual phenomenon.  Also, I’m interested in hearing what you might think is the explanation for this unusual rainbow.  The explanation is actually quite simple and straight-forward, and this sentence might also serve as a hint. 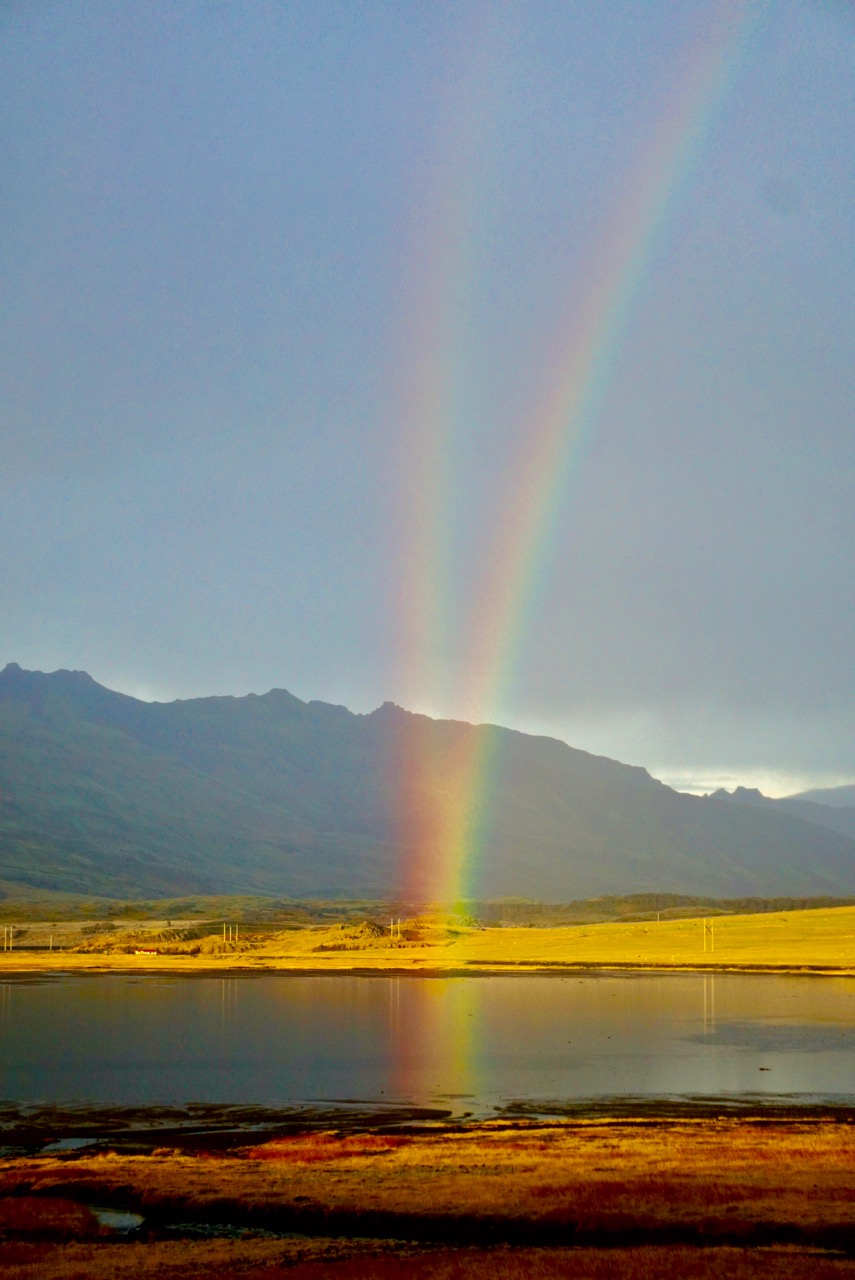 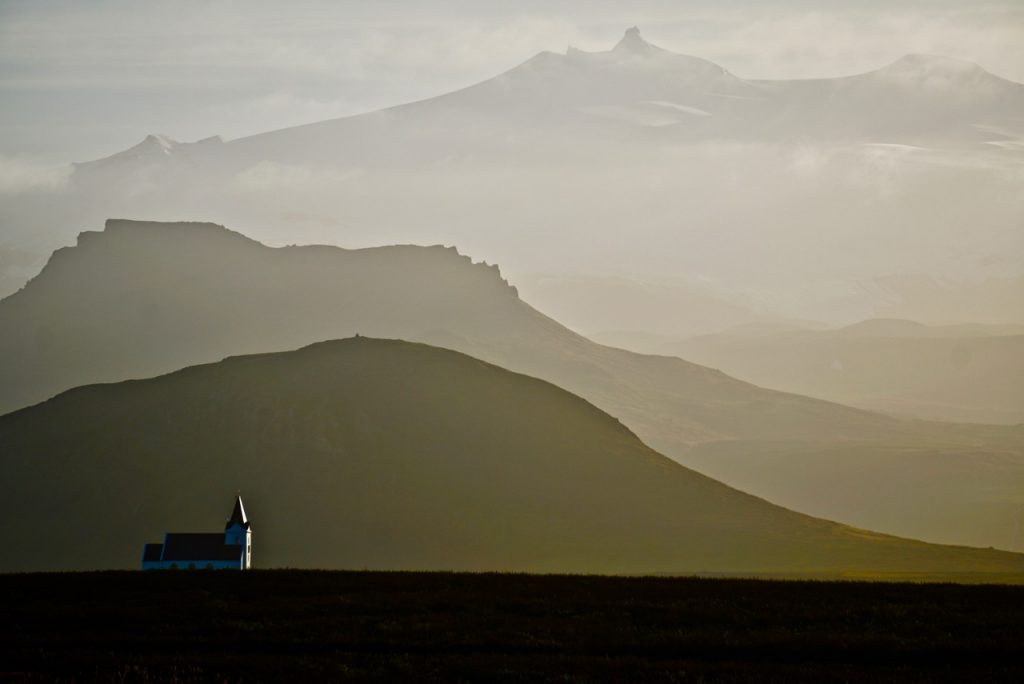 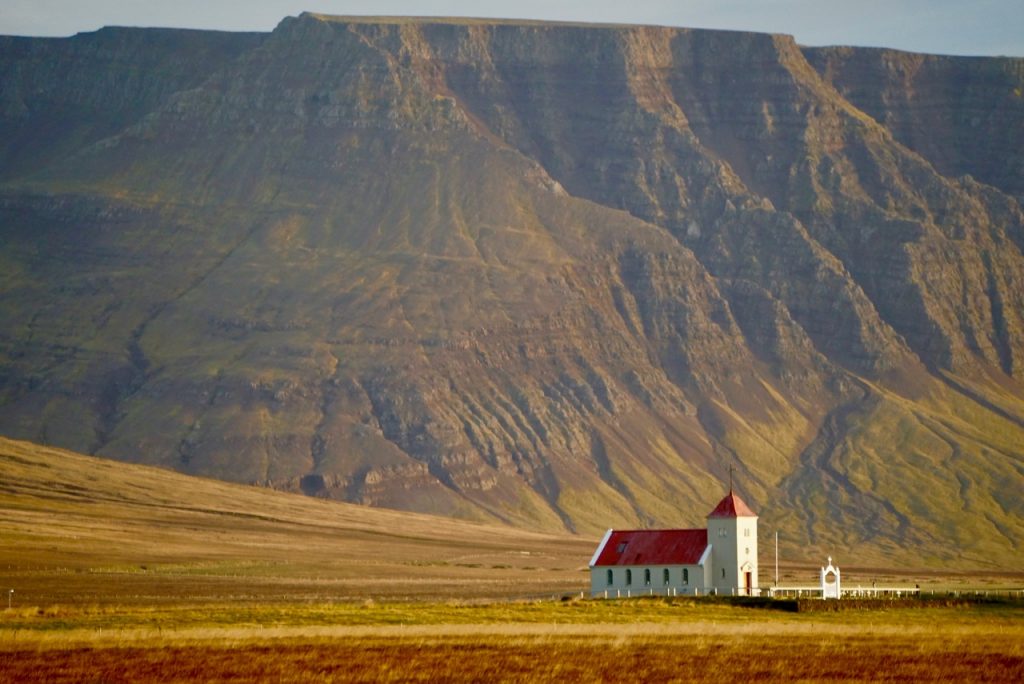 http://www.mazerandsmith.com
Houston: After the flood, the triumphant recovery of a great city
Israel & Palestine through the eyes of this American