Twenty-four years ago Susan and I began our healthcare careers with the goal of bringing music into hospitals to create healing environments. This led to development of the C.A.R.E. Channel, a 24-hour channel that provides peaceful music and beautiful nature images. For over two decades, we visited hospitals around the country, promoting our work, and performing live music as part of our presentations. We were regularly assumed to be Music Therapists. We consistently explained that Music Therapy is a licensed career track in which music is used as a treatment protocol with individuals and groups, usually with a specific therapeutic goal, such as improved ambulation, social engagement, pain mitigation, etc. In contrast, Susan developed the concept of using music as environmental design, conditioning the overall environment of care to better serve the needs of patients and families. 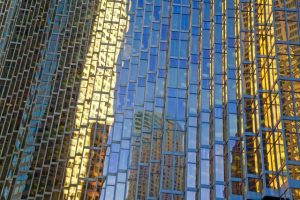 My original college faculty adviser in the late sixties at Florida State University, Clifford Madsen, was a well-known researcher and educator in the field of Music Therapy. I once asked Cliff, “How do we address this mis-perception that we are Music Therapists?” He answered, “You are affecting people therapeutically with your music, and your music is some of the best in the field, so I recommend that you continue doing what you do, because your work is fully in alignment with the goals of traditional Music Therapy.” This was gratifying, because we had always felt that our work supported the work of Music Therapists. And, it allowed the patient to use music beyond the one-hour therapy session, including the lonely hours over night. 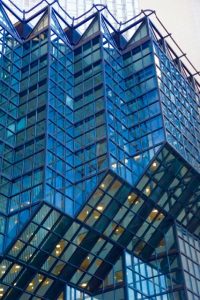 In the academic and healthcare worlds, it is not uncommon to have turf battles between different disciplines. In the case of music therapists, we have sometimes encountered the attitude that we were not qualified because we had not completed the academic courses that allow one to qualify as a certified Music Therapist. We differ in a major aspect from one of the tenets of Music Therapy, that the use of the “patient’s preferred music” seems to be the most effective. In contrast, the C.A.R.E. Channel uses intentionally unfamiliar music in order to not trigger unexpected reactions based on familiarity with the music. The original music on the C.A.R.E. Channel does feel and familiar and comfortable, based on melodies and rhythms that are not overly exotic or abstract. 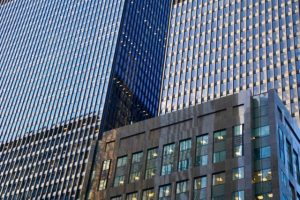 Our work has progressed in the last twenty-four years, achieving recognition from the Symposium on Health Design, from our many hospitals, and other organizations. Nonetheless, the American Music Therapy Association has not formally recognized the use of music as environmental design as a viable way to improve patient outcomes. It was gratifying when Susan was invited to give a presentation in Toronto to an audience of mostly Canadian Music Therapists about the C.A.R.E. Channel. Susan presented its history, the foundational research that we have followed, current and best practices, and how the C.A.R.E. Channel improves the patient experience. We hope that this introduction will eventually lead to adoption of the C.A.R.E. Channel in some Canadian hospitals, promoted by Music Therapists who see the potential for using it as a tool to reinforce their work, as well as working within the expressed goal of Music Therapists to improve the environment of care through the addition of music. 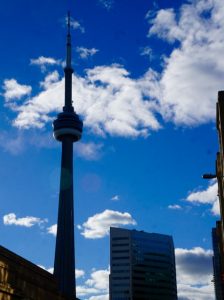 The one-day Toronto conference, Music Care 2016, addressed the leading research in Music Therapy. There is a relatively new specialty within the field called Neurologic Music Therapy (NMT), which was introduced by the leading researcher in the field, Dr. Michael Thaut, of the University of Toronto. His presentation included clinical video clips showing a variety of patient diagnoses, from stroke patients with paralysis to Parkinson’s Disease patients who could neither stand, walk, nor talk easily. Dr. Thaut began his research using a metronome and applying the theory of entrainment to straighten the gait of acute Parkinson’s patients. He employed functional MRIs that can project and monitor brain activity, showing the paths from the auditory center of the brain, to the motor control center, where we could see new nerve connections self-generating around the otherwise damaged brain cells. Positive results were immediately visible, without training, and without pharmaceutical side-effects.

One 73 year-old male patient, who has had Parkinson’s for 10 years, spoke at the conference. He showed before and after videos of himself…and as well walking up the stairs of the stage and talking symptom-free. We are hopeful for those we know who have Parkinson’s Disease. [The patient referred to it as PD, because he didn’t want to utter its name.]

Other presenters showed neurologically and developmentally-disabled people who could not talk or communicate, who then began to respond to sounds, and communicate through playing an instrument. Our brains respond naturally and automatically to music through the phenomenon of “entrainment.” Our heartbeats, respiration, and physical coordination can all be affected simply by responding to rhythmic music. Shifting harmonic tonalities can be used as a tool to aid in the development of brain-eye-muscle coordination. It was exciting to view the results of the latest research.

This Toronto conference was graced by excellent musical performances by a Brian Katz and his Klezmer Ensemble and the Toronto Mass Choir to open and close the conference. There are very few conferences that have as much live music as we would wish for. 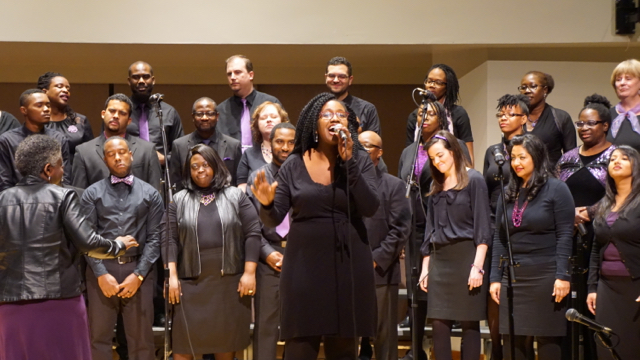 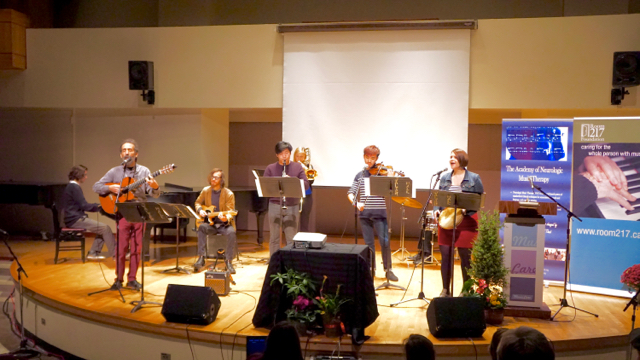 Toronto is a beautiful city…clean, modern, efficient, multi-cultural, with lots of live concerts. We were blessed to have cool but sunny weather while we were there. Residents commented that we could have easily been trudging through snow by this time of year. The Canadian railway was impressive as well. We had excellent internet as we rode through the flat landscape, reminiscent of Minnesota or Kansas. The four-hour train ride from Toronto ended in Windsor, Ontario, the only place in Canada where one travels north into the USA. 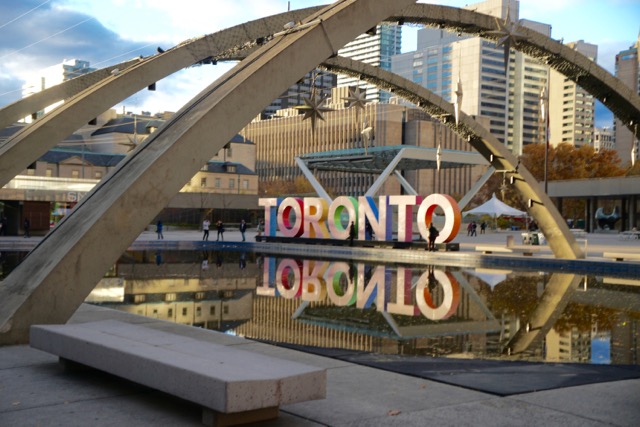