Dubai: The Richest Country in the World 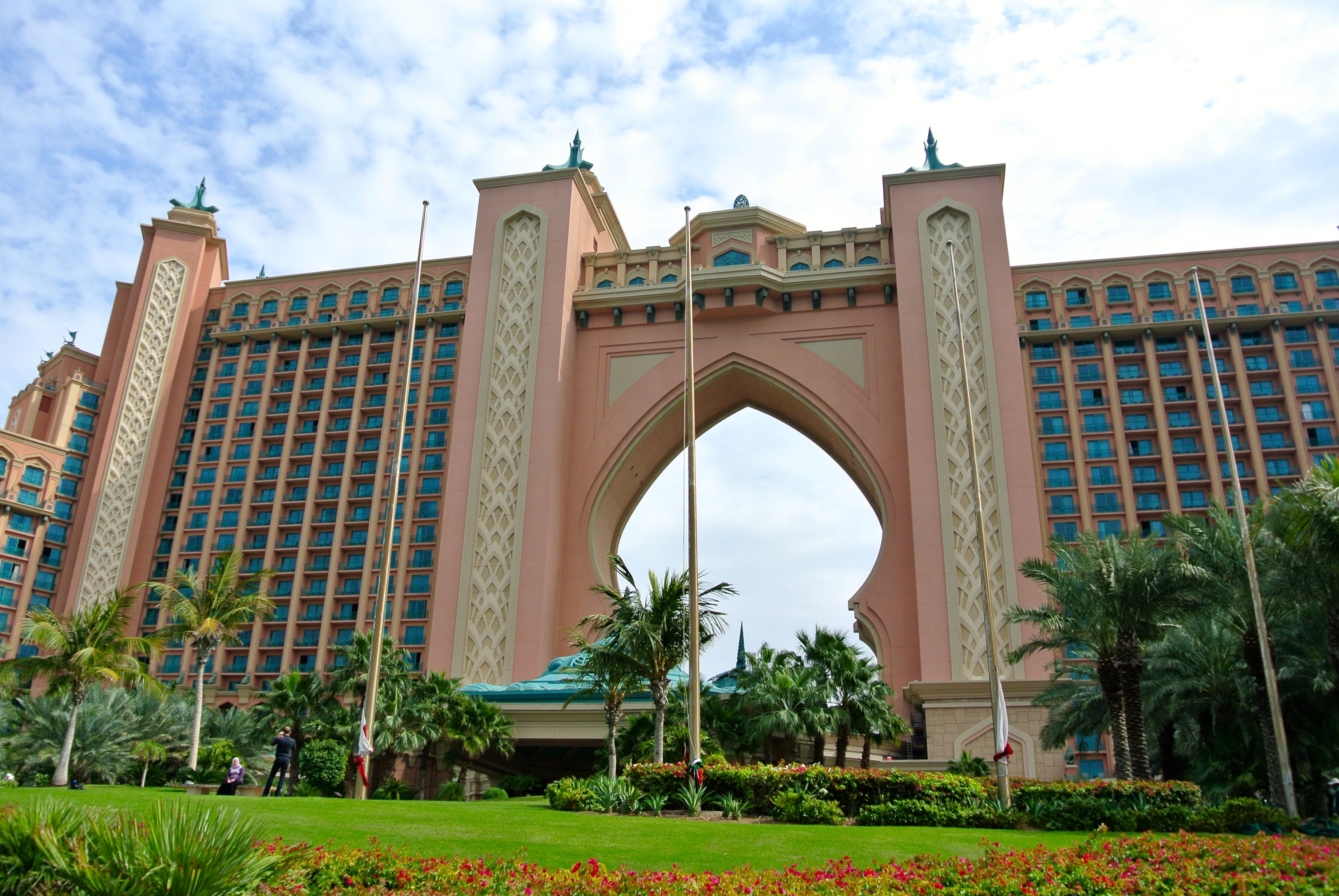 The Arab Kingdom of Dubai is a mere three-hour flight from India, but it’s a different world.  It feels something like Las Vegas, but without the casinos

.  The architecture is amazing, including the tallest building in the world (equal to two Empire State Buildings).  There is the world’s largest shopping mall, which even includes its own snow-skiing facility (quite an amazing thing in a country where the temperatures are mostly very high). I was not previously aware, that the population of Dubai is over 50% Indian (down from an earlier all-time high of 70%).  There are lots of different nationalities here, including many poor construction laborers from Pakistan, Nepal, Bangladesh, etc.  Dubai does not have oil wealth like other United Arab Emirates (UAE) countries.  It’s wealth and fame are strictly based on business.  There is no income tax.  Dubai fancies itself the business leader of the Middle East, which I think is justified.

There is a famous real estate development constructed

on bay-fill land into the shape of a palm tree frond.  It was to one of the mansions on one of the rows of the palm fronds that I spent most of my two days in Dubai.  My hostess was a lady named Lajo, who is the daughter of Ali Akbar Khan, the Indian master musician with whom I studied Indian music many years ago. Lajo and I had met during those years, and while we had been in contact via email, we had not met in person in approximately thirty-five years.  She and her husband have lived in Dubai during the last thirty years.  As luck had it, we first met again after all those years two weeks ago in Mumbai and were able to plan activities during my short visit to Dubai.

Originally, Lajo had invited me to perform for a benefit concert at the British Embassy.  But a pending Mynta concert (ultimately cancelled), had required me to refuse the booking.  It’s just as well.  I was glad not to be playing when I attended the event with Lajo and her brother, Rajeev.  It was a very stuffy British high tea affair.  People snacked on sweets and sandwiches, while the jazz singer hired for the event (accompanied by backing tracks) sang to a not-very-attentive audience.  The fact that she was not a very engaging singer no doubt contributed to the lukewarm audience response.

Especially because of her connections to the Indian classical music scene, Lajo has presented a number of concerts in Dubai.  One of her goals is to present Susan and me.  In order to further that goal, she invited a number of “important” guests to a dinner party at her house on my second (and final) evening in Dubai.  My standard joke is that, once again, the hype and buildup about my music had been so high that if I were not utterly brilliant, that Lajo would be shamed before her friends and I could never show my face in Dubai again.

The evening showcase concert was a big success, thank goodness.  Besides playing a bansuri (Indian bamboo flute) solo, I played with a guitarist, the one with whom I would have played the high tea event had I been available.  I had heard Jason Carter’s music on his facebook page, so I knew that I was musically compatible with him.  He played a “harp-guitar,” a regular guitar with extra mounted strings for resonance and bass-pedal notes.  We were able to play improvisationally together after a short rehearsal just before the party.  We played for perhaps half an hour, and the music was very well received.  An Indian Kathak dancer as well as a Dubai poet also performed.

Finally, a few observations about Dubai, gleaned from my conversations.  One of the people I met was a Catholic priest, originally from California, who has lived in Dubai for many years.  He told me that besides Catholics, there are many other types of Christians in Dubai, especially Chaldeans (Christian Arabs from Iraq).   I asked if there was any problem from the dominant Islam community in relation to other religions, such as Judaism.  I was assured that Dubai is dedicated to being open to business with all, including Israel.

Dubai wants to be the best in the world at everything they do…a worthy ambition.  They have already accomplished the world’s tallest building, the world’s largest shopping mall, one of the world’s highest rated resort hotels, the Atlantis, and one of the world’s highest standards of living.  It’s an exciting place to visit, just to see the immense construction projects going on.  And now, with Lajo’s help, I hope to pursue future personal musical performance possibilities there.  I look forward to visiting Dubai again soon.