The younger son of my Georgia buddy, Bill, has worked for several years for Google.  Google is famous for how well it treats its employees.  They enjoy gourmet food, free shuttles services, permission to play games at work, and even get paid for “day-dreaming”, a percentage of time when they’re encouraged to fantasize future projects for Google.  Google is one of America’s most successful companies. 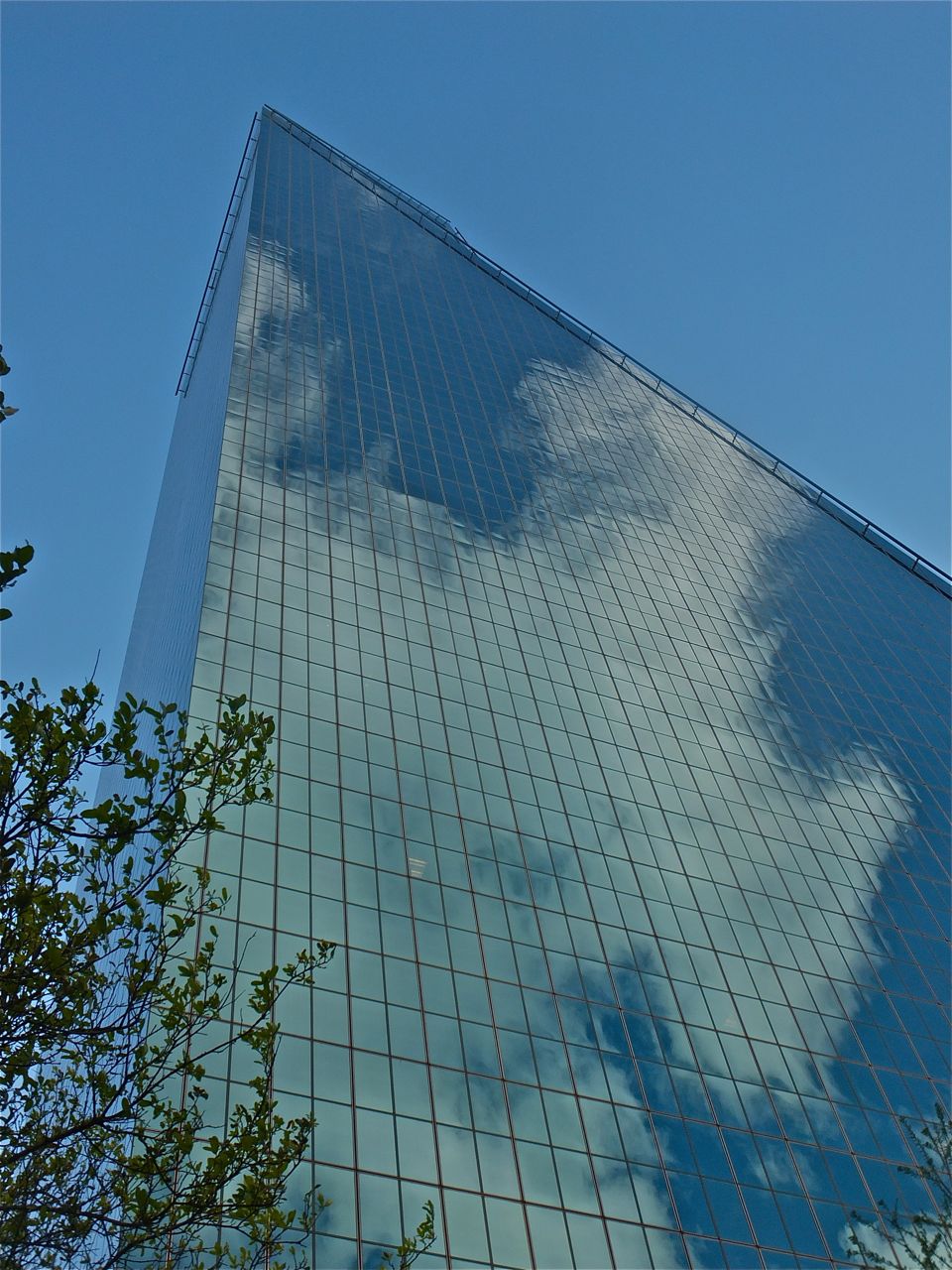 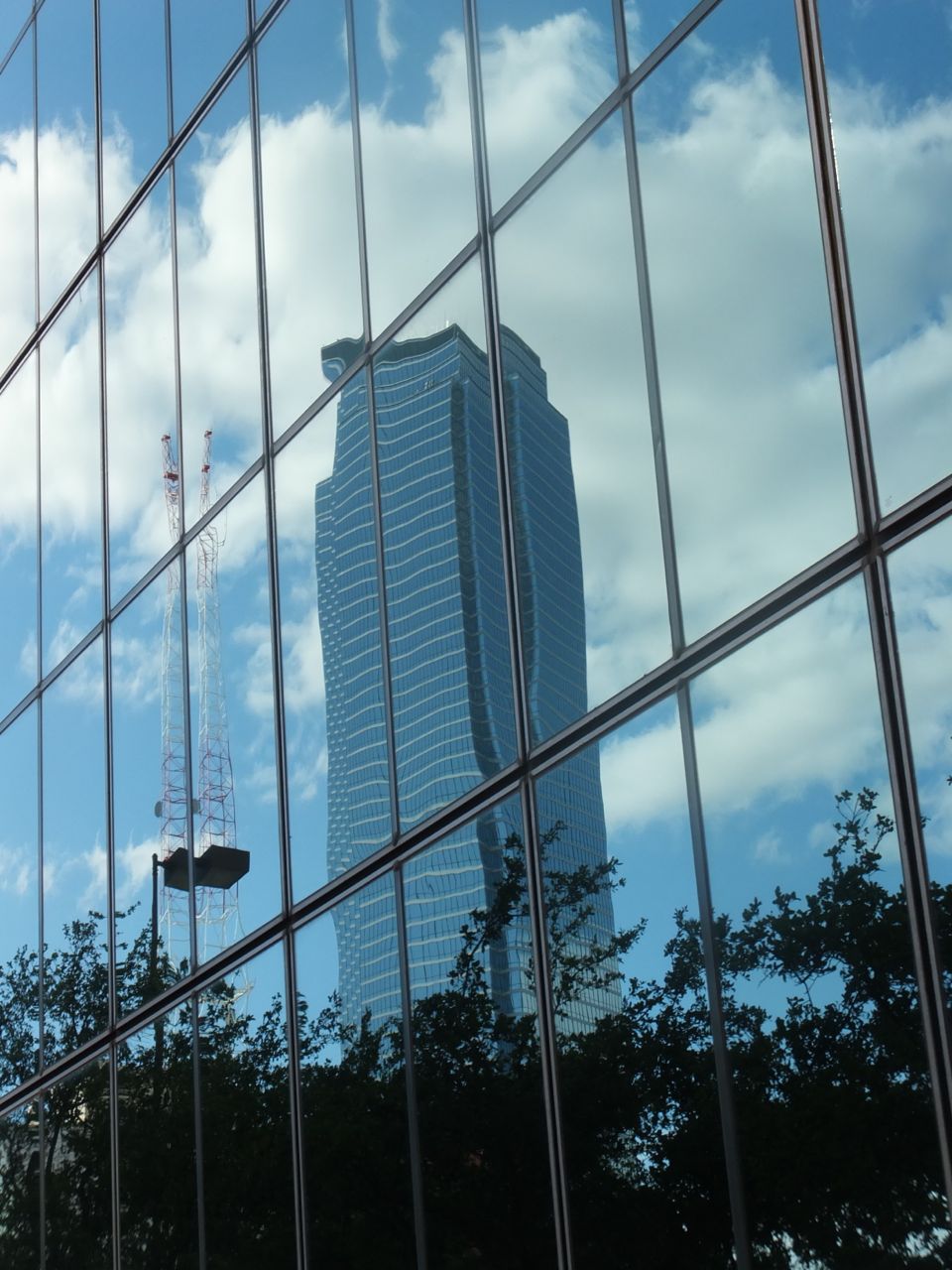 Working conditions at Google stand in sharp contrast to the long stressful hours served by most nurses and doctors.  Consider what happened last week in Boston, following the explosions at the Boston Marathon.  Hospitals received a flood of severely wounded patients, including several fatalities.  It was necessary to perform numerous amputations.  Many of the wounded patients’ bodies contain nail and glass

fragments, shrapnel from the terrorists’ bombs.  Following their long shifts, these diligent healthcare

workers could celebrate some triumphs for the lives they saved.  But they also had to grieve the lives they couldn’t save, along with the horrendous wounds that will leave dozens of patients maimed for life.

be discharged from the emergency room as soon as they were stabilized.  For a few days, healthcare was treated as a human right, to be made available to anyone who needed it, regardless of nationality, immigration status or financial means. 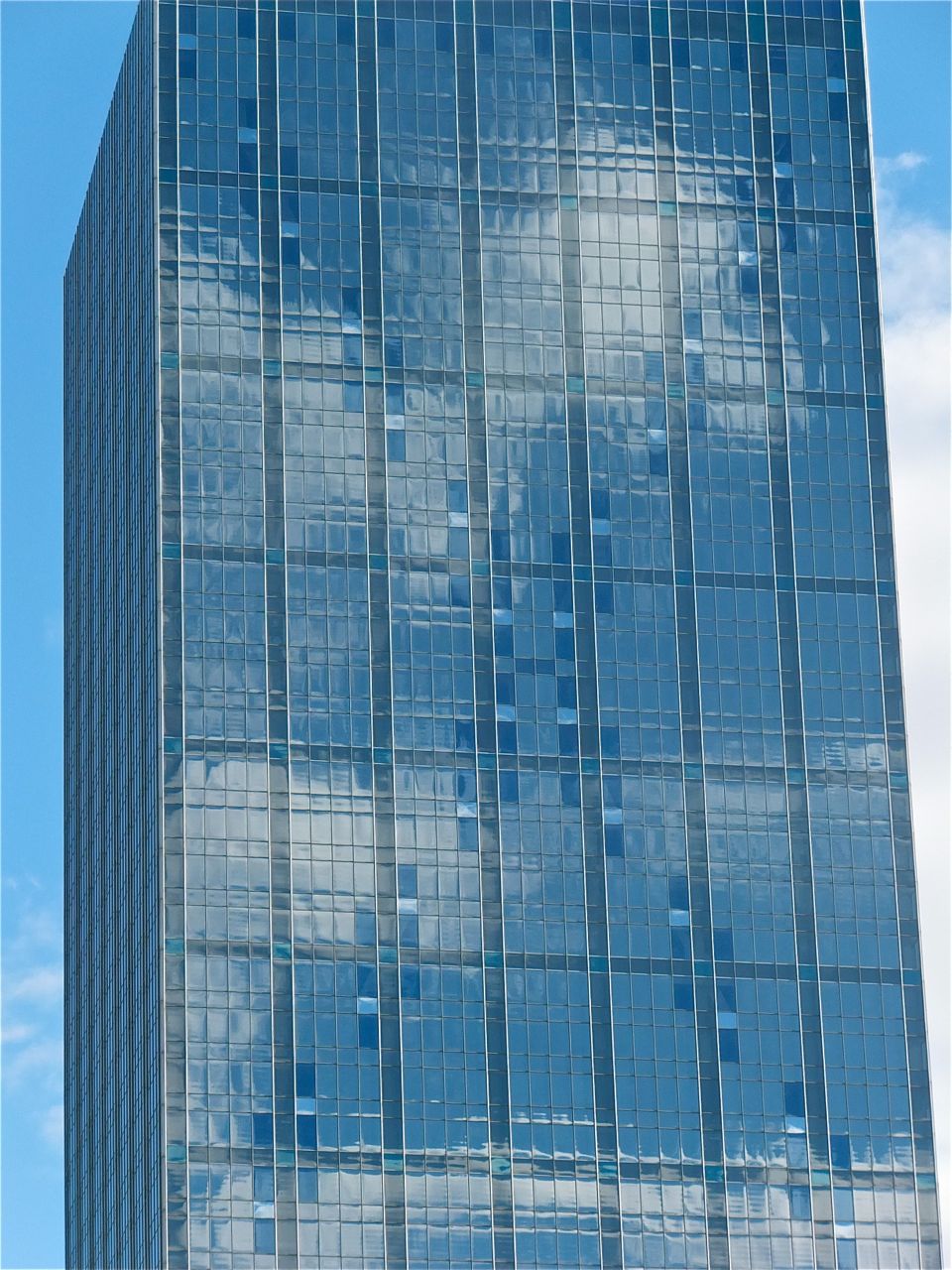 The politics of healthcare

I don’t understand why so many Americans oppose the recognition of access to healthcare as a human right.  To America’s shame, there are approximately fifty million Americans without health insurance

.  Though many avail themselves of the most expensive short-term care available, the emergency room, those who suffer from chronic diseases suffer needlessly and die prematurely due to lack of access to basic healthcare.   A large part of America opposes all efforts to reform the healthcare system to cover those uninsured Americans.  They offer no alternative plan.  Even the partial reform law known as the Affordable Care Act

contains provisions excluding non-citizens from benefiting from reform.  The fact is that I can feel much safer traveling in northern Europe, knowing that in a health emergency, medical care will not be withheld.  Foreigners who get severely sick while traveling in America are forced to return to their home countries for treatment.  I have foreign friends who have had exactly that experience. 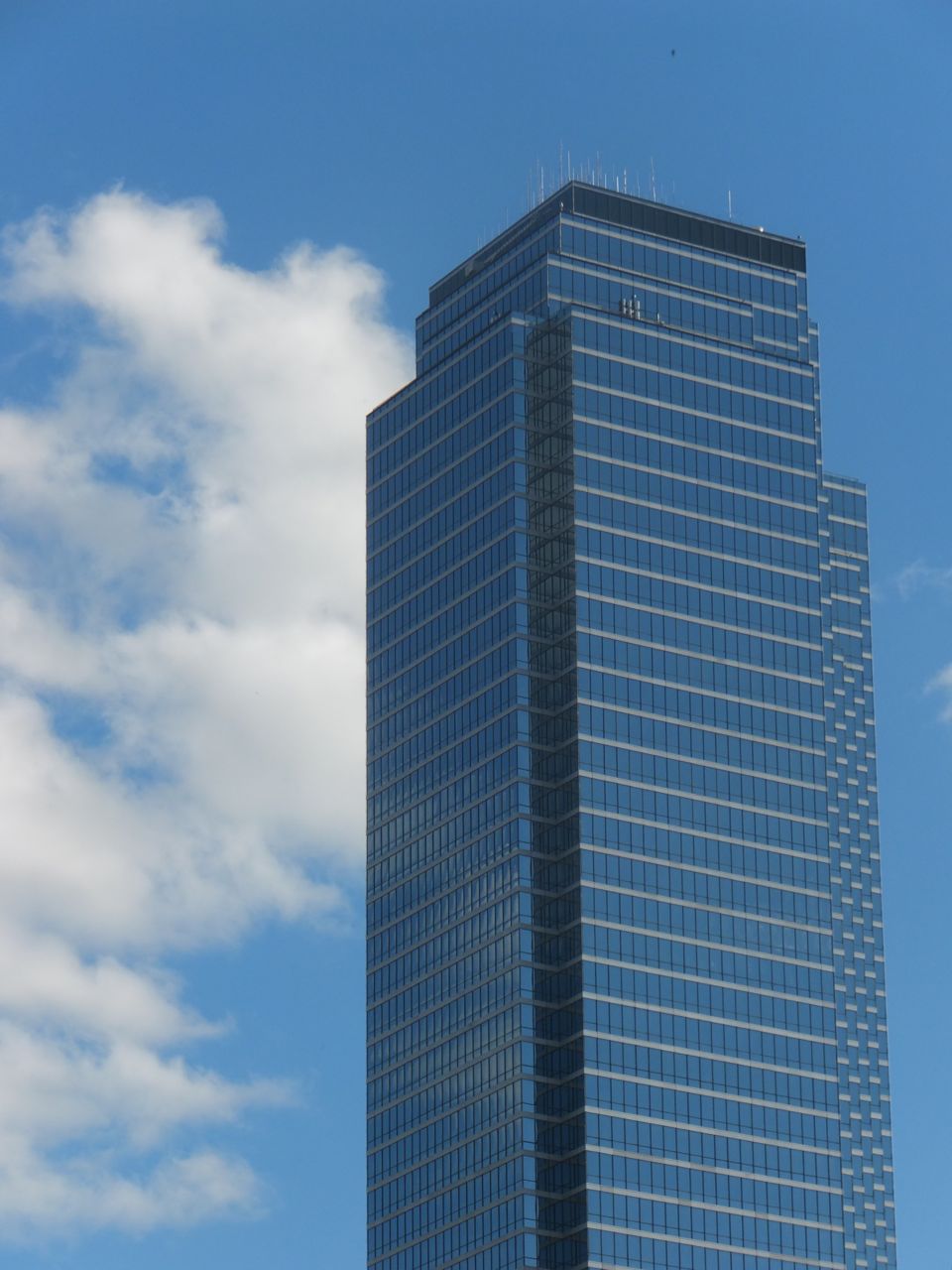 It is very difficult to effect change in an industry as complex as healthcare.  Our current industry evolved unintentionally to its current state.  No private

or public agency, given the authority, would intentionally design something to look like the current system.  Absent any coordinating authority, innovation is possible, but very difficult to implement across the industry.  Americans pay double the money for healthcare that European countries do, while delivering outcomes often inferior to those achieved by other countries.  Most other advanced countries deliver care to all their citizens more efficiently.  I invite the readers to compare American healthcare with Scandinavia, Germany, France, Canada, and Israel, among other countries.  It’s shocking that the stranglehold of corporations who profit from our current inefficient system are able to stifle the reforms that could improve care for the insured population, cover the uninsured, and accomplish all this for less money than required by the current system. 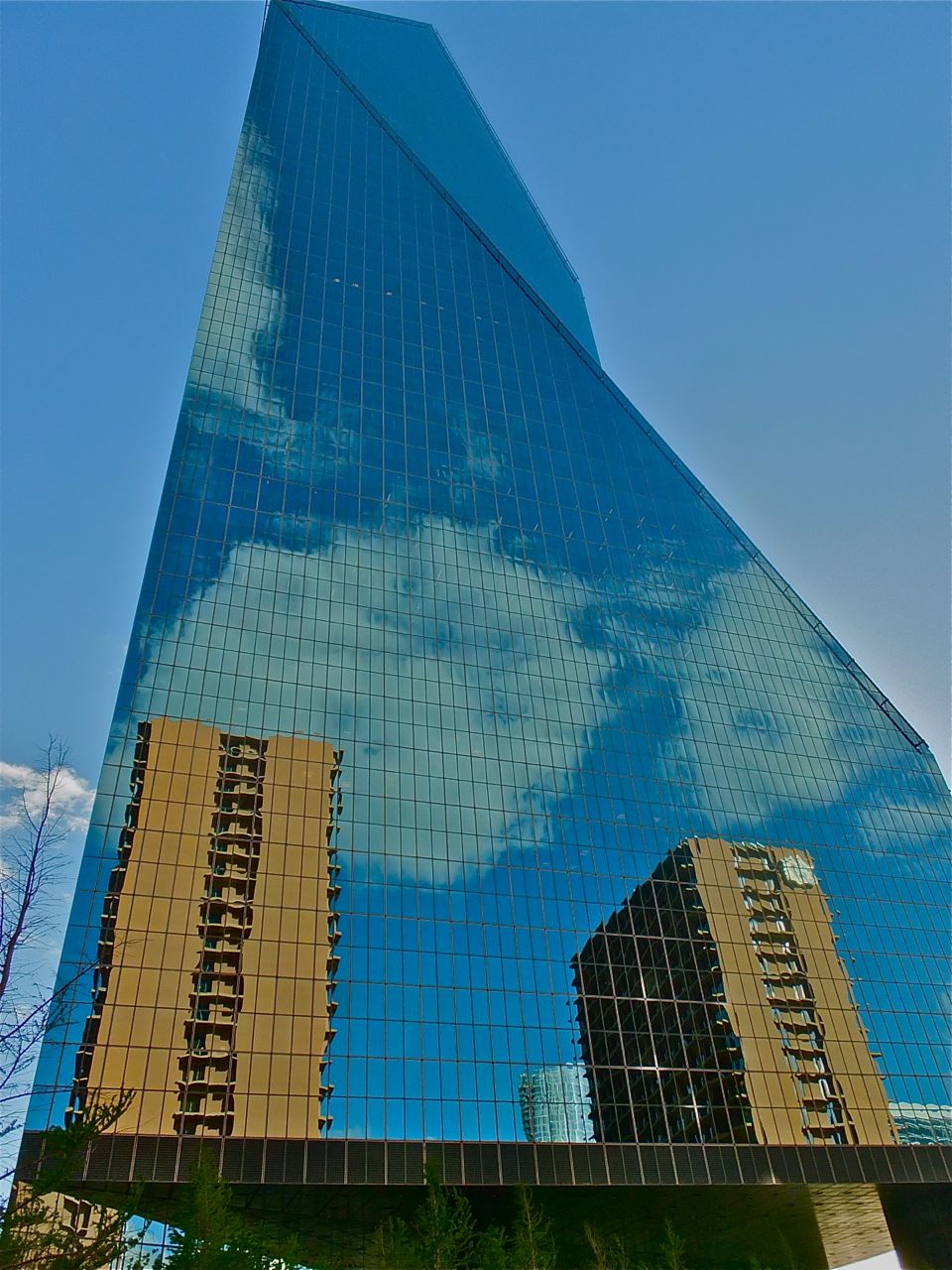 A friend offered the following analogy:  Reforming healthcare is like clawing your way through a dough-ball.  You might manage to dig from one side to the other, but no waves are created.  Your energies and best efforts at reform do not influence the status quo and the forces that resist changing the current system in which billions of dollars in insurance payments are diverted from the hospital and pharmaceutical industries’ delivery of care into profits and corporate acquisitions.

On the brighter side…

I am writing this blog from Dallas, Texas, where a wonderful healthcare conference sponsored by the Beryl Institute has just completed.  (This is the first time in my life that I’ve ever spent any time in the city baring my name.)  As much as I’m disgusted with the way politicians disrespect healthcare, I leave this conference completely awed by the dedication, persistence, and creativity that these nurses bring to their work.  Healthcare workers, including doctors, nurses, technicians, housekeepers, etc., just want to do their jobs in the best way possible.  They want to treat all patients in the best way possible regardless of their ability to pay.  They are, in their heart of hearts, dedicated healers, seeking to deliver care through their various specialties and skills within this complex industry. 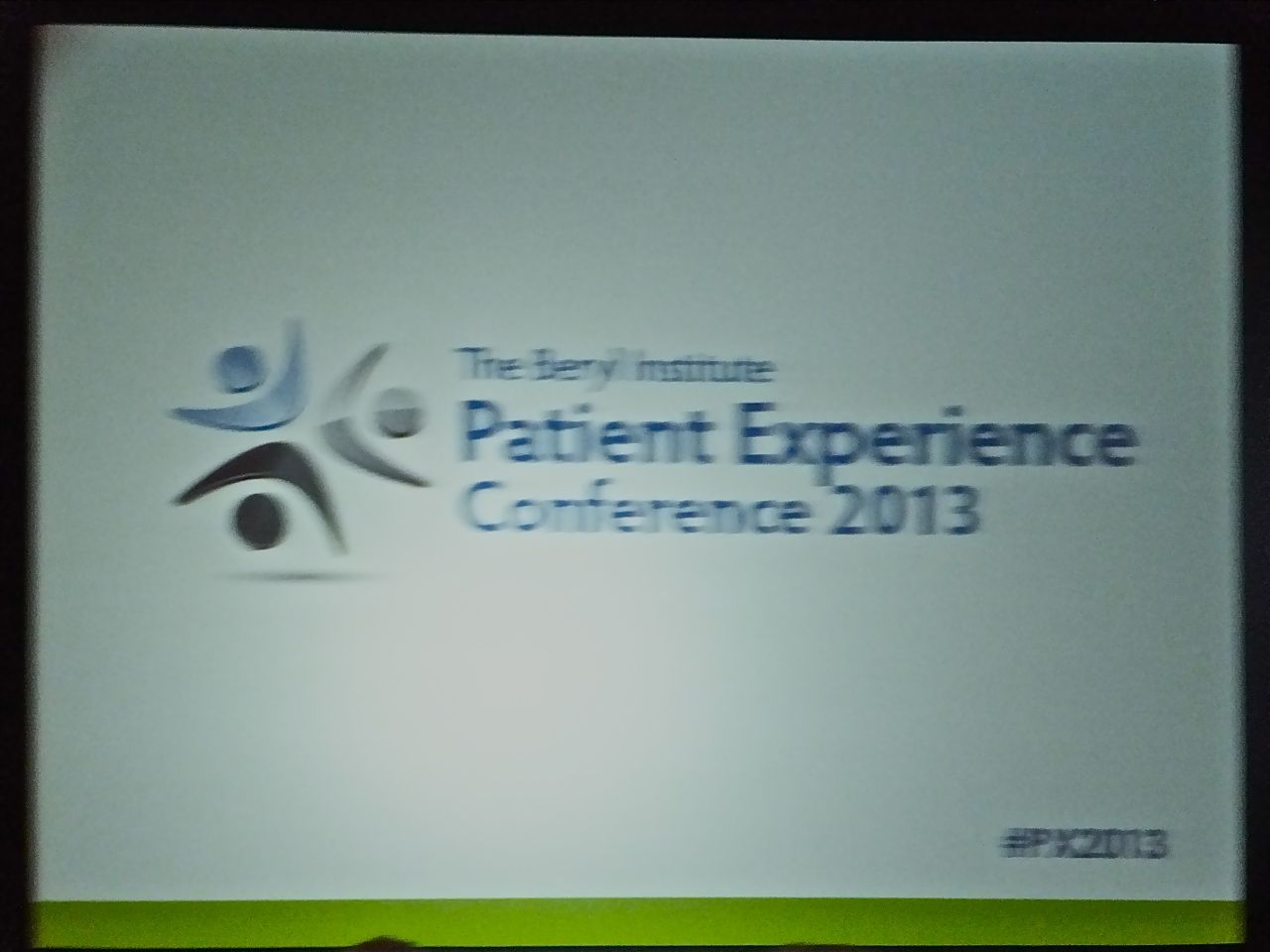 The theme of the conference is the “patient experience.”  The Beryl Institute defines the patient experience as: the sum of all interactions shaped by an organization’s culture, that influences patient perceptions across the continuum of care.  The most important determinant of patient satisfaction is not the latest technology, but rather the quality of the communication by the caregivers with the patients.  The conference featured several sessions that highlighted the importance of effective communication as key to the delivery of the best patient care in the context of a positive patient experience.

My brilliant wife, Susan, presented a breakout session entitled Music and Nature at the Bedside.  Especially since completing her PhD, Susan has been in demand as a speaker at conferences such as this, based on her expertise in environmental design and issues such as noise in hospitals.  Research has shown that humans respond positively to appropriate nature images and music in the typical hospital environment characterized by sterile technology-dominated settings accompanied by disturbing beepers, buzzers, and alarms.  She did not  mention our C.A.R.E. Channel, which would have constituted a commercial conflict of interest.  But she certainly described the current healthcare environment, which could benefit greatly from mitigating measures such as those we offer through Healing Healthcare Systems.  The questions from attendees were most interesting and insightful, looking at where the healing happens…where it is evidenced.

Time and space don’t allow me to describe every breakout session and keynote speech that I attended.  However, I will describe one particular session that was very revealing as to how hospitals function in the current changing environment.

The first “patient experience” occurs on the telephone when someone calls the hospital to make an appointment for a procedure, a checkup, or a test (excluding emergency room visits).  The hospital employee is required refer the patient to the proper department based on the condition leading to the call, and collect information about the patient’s insurance coverage, or how the patient might otherwise intend to pay (known colloquially at the “wallet biopsy”).  The hospital employee must explain any advance preparations that the patient needs to make for the appointment.  Any co-payments required by the patient’s insurance company have to be researched and explained.

Hospital call receptionists are typically given a script, requiring them to pleasantly introduce themselves by name and ask a series of mandated questions.  For several years, all telephone calls have been recorded for later review by supervisors and call coaches, in order to give feedback and training to the employees as necessary.  Each call is automatically recorded and given a tracking number for future reference.  Speech-to-text software automatically transcribes the recorded dialogues.

Beyond serving as a training tool for the hospital employees, the recorded calls have proven themselves useful in other ways.  For example, if a dispute arises about payment terms, the recordings can prove that the employee correctly explained how much the patient would be required to pay out of pocket, after the hospital bills their insurance company.  If a patient was required to fast prior to undergoing a procedure, the recorded call could determine is the hospital employee gave the patient the proper instructions or not.

An interesting unexpected use of the recordings occurred between hospital departments.  The admissions department noticed that at certain times of day, during nursing shift changes, a significant delay occurred in the transfer of patients from admissions to the floor units.  By reviewing the recorded calls over a three-month period, the hospital was able to prove that, indeed, the call records demonstrated that the nursing units consistently delayed the transfer of patients to the floors during the nursing shift changes.  The nurses had not even been aware of it before the call records pointed it out to them.

Many hospitals proclaim their pride at delivering care “defect/error-free.”  This is a significant achievement in view of the fact that hospitals are the chief source of antibiotic-resistant infections, and when thousands of patients die every year because of medical errors.  The error-free boast is like an airline saying, “We didn’t crash, so we deserve special praise.”  Hospitals face operational challenges just like airlines, hotels, and restaurant.  It’s not enough to deliver basic care, or basic meals, or a simple bed, or a basic flight, and consider that nothing else is required.  To be outstanding, a hospital must deliver excellent care beyond expectations.

The clearest assessment tool for determining the quality of care is by assessing the quality of the patient experience, which involves asking patients and families, and responding to the details offered in dialogue, both written and spoken.  It was wonderful to attend this conference sponsored by the Beryl Institute, where (for a change) one could celebrate the many positive trends occurring in the American healthcare system.