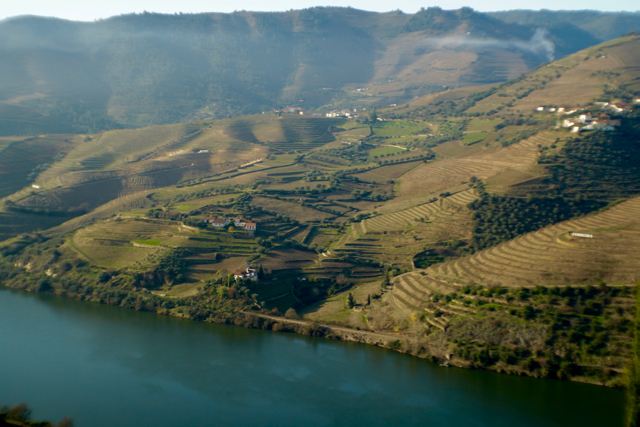 Sometimes small personal interactions with local residents can color a whole experience of a visit to a foreign country. This happened to me today. My friend Bill and I took the morning excursion from the Viking River Cruise boat to a town in the Douro Valley called Lamego. It’s an ancient city with a Moorish castle dating from the 8th-12th centuries, when Portugal was ruled by the Moors. It’s Catholic cathedral dates from the 12th century, when the Christians ousted the Moors from the Iberian Peninsula. Construction on the cathedral took two hundred years.

Lamego’s cathedral is famous for a statue of holy mother Mary suckling the baby Jesus, showing her bare breast. The original statue is housed within the cathedral while a stone copy graces the outside. The original statue is taken out of the cathedral once a year for a festival procession on September 8th, which coincidentally happens to be my birthday. The statue was made in Italy and was blessed by the pope of the time several hundred years ago. It was scandalous at that time, but who can argue with the pope who chose to bless it.
Bill and I entered the cathedral toward the end of a mass in progress. We observed communion being given to ten people (declining church attendance is a problem everywhere). Several of the attendees were nuns. An elderly nun approached Bill and me asking where we were from. We told her, and she related that she had spent eight years in the US (in San Jose, California). Her English was quite good, and she was proud to take us back into the private area behind the main cathedral,
where the original statue stood. Her lifelong devotion as a nun was very evident. She personified the best of Christianity in her selfless devotion to her role as a nun. I tend to be skeptical about religions, but this woman restored my respect for those who honestly and wholeheartedly believe in their religion.

A long-running theme of inquiry stimulated by traveling is the question of how geography determines destiny. Geography is inextricably linked to climate. The interaction of geography and climate determine the ability of populations to grow and thrive, based on the agricultural possibilities of a given location. Rivers are the arteries of nature.

Portugal’s Douro Valley is a prime example of the inevitable consequences
of geography aided by climate. The Douro River snakes its way from its source in Spain into Portugal, fed by smaller streams and rivers, until it empties into the Atlantic Ocean at the city of Porto. Viking River Cruises bases its business model on navigating the world’s rivers. Its boats are relatively small and thus able to sail in relatively shallow waters. Since most of the world’s major cities are established around rivers, the boats typically are able to dock right in the heart of these cities, allowing passengers to step 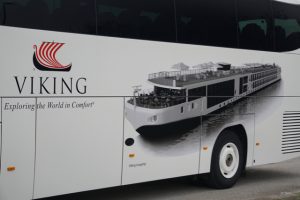 out of the boat right into the city centers, home to historic churches, government buildings, and museums. (This is my unsolicited and uncompensated endorsement, not limited to the single company with which I’ve had the pleasure of traveling.)

Portugal’s Douro region is the source of the world’s Port wine. It resembles other winery regions, such as Germany’s Rhine and Mosel river valleys, and the Danube River, which flows from Germany through Austria, Slovenia, Croatia, Serbia, Bulgaria, and Rumania where it empties into the Black Sea. Wine has been produced in the Douro Valley for at least two thousand years, since the invasion by the Roman empire in the second century BC.

The Douro Valley is characterized by parallel grape terraces along its river banks, constructed over the centuries by persistent human labor. The banks of the river can be quite steep. This type of landscape prevents the use of machinery, which cannot function at such steep angles. Such terraces are the only way to practically cultivate agricultural land in extremely steep landscapes. Terraces in the Orient are typically built for growing rice and other vegetables. Thus, one sees similar looking terraces in Nepal, Vietnam, Indonesia, etc., because the terraces allow irrigation to be precisely controlled.

The Port wine industry is strictly regulated in order to assure consistent quality, as well as to control the total quantity of wine produced in a given year. We observed many winery terraces that were abandoned, which was explained by our Portuguese guide, that each grower is assigned a specific quota of how many grapes they are authorized to grow. In the upper Douro Valley, much less rain falls than closer to the ocean. Watering of the vineyards in this area is strictly controlled. It was explained that though generous watering of the grape vines will produce three times the quantity of grapes, these grapes will have much less natural sugars, and thus be unusable for producing Port wine.

While the common images of the agricultural terraces are horizontal, French vintners pioneered vertical terracing in order to enable the use of machinery to cultivate the land by running their tractors up and down the terraces. This was copied in the Douro valley by some wineries. However, because much of the terrain is so steep, it was determined that vertical terraces damage the terrain, due to the erosion occurring during the winter rainy season, as the vertical terraces create ready-made stream beds for the water to wash the topsoil to the bottom of the hills.

The Douro Valley is also famous for its olive oil. Historically, olive trees were planted along the small farmers’ land boundaries to indicate where one owner’s land stopped and another began. In modern times, the smaller vineyards have been consolidated by being acquired by large corporate wineries. The olive trees remain. Many of the previously abandoned grape terraces have been replaced by olive groves, making olive oil the region’s second more important product.

We are traveling at the end of December. The weather is cool, but well above freezing. Watching CNN-World on the boat’s system, it is clear that Portugal is the warmest part of Europe at this time of year. Central Europe is blanketed by rain and snow. Traveling in winter, it is hard to imagine what our tour guides told us, that in summer temperatures regularly stay above 40C/106F. Indeed, in these times of global warming, in the last year temperatures in the Douro Valley reached 45-50C/120-125F! I posed the question to our guide, who confirmed as I suspected, that 80% of the relatively poor farmers and workers in the region do not have air conditioning. However, hot weather results in high sugar content in the grapes. So the locals survive the hot weather by copious imbibing of Port wine. 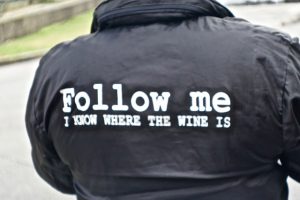 The Viking River Cruise has given us tourists great opportunities to drink Port wine several times a day. We’ve been treated to winery tours, which served Ruby Port, Tawny Port, White Port, and Muscatel. All of these wines are fortified by the addition of high-alcohol brandy, resulting in sweet wines that average 20% alcohol. We have also been served conventional non-fortified reds and whites, which are also excellent. But Portugal is most often associated with the sweet red Port wines that widely available in the US and around the world.

After having worked musically every Christmas holiday for the last few decades, this is a real vacation for Susan and me to take a vacation at this time. Indeed, I missed out in participating in three big band concerts as well as the Christmas Eve service that we’ve played in for the last two decades at least. We’ve had a partial vacation from American news as well. CNN World edition does not broadcast the American political commentaries that would be incomprehensible to non-Americans. So the news is different, besides the fact that we watch less of it.

On the positive side of European media, there is a great French channel called Mezzo, which broadcasts recordings of live classical concerts all day and then jazz performances late at night. The quality is very high, and I wish we could receive it at home. (I haven’t yet investigated the possibility of accessing it via the internet.) Also, there is the fact that there are either fewer commercials or none at all on most European television channels.

Another refreshing aspect of Portugal (and Europe in general) is the lack of billboards cluttering the landscapes. This makes the cities and villages appear much more quaint and unspoiled by blatant commercialism. People take pride in their cities and villages, since tourism is so important to them. As far as I know, Hawaii is the only American state to ban billboards. This absence of billboards has not hampered business activity in either Hawaii or Europe. But it certainly makes vacationing here more pleasurable, especially during the holiday season.

http://www.mazerandsmith.com
Welcome to Portugal
From Portugal to Spain and Back...