Caritas=Caring Science, and Autumn Images of the South 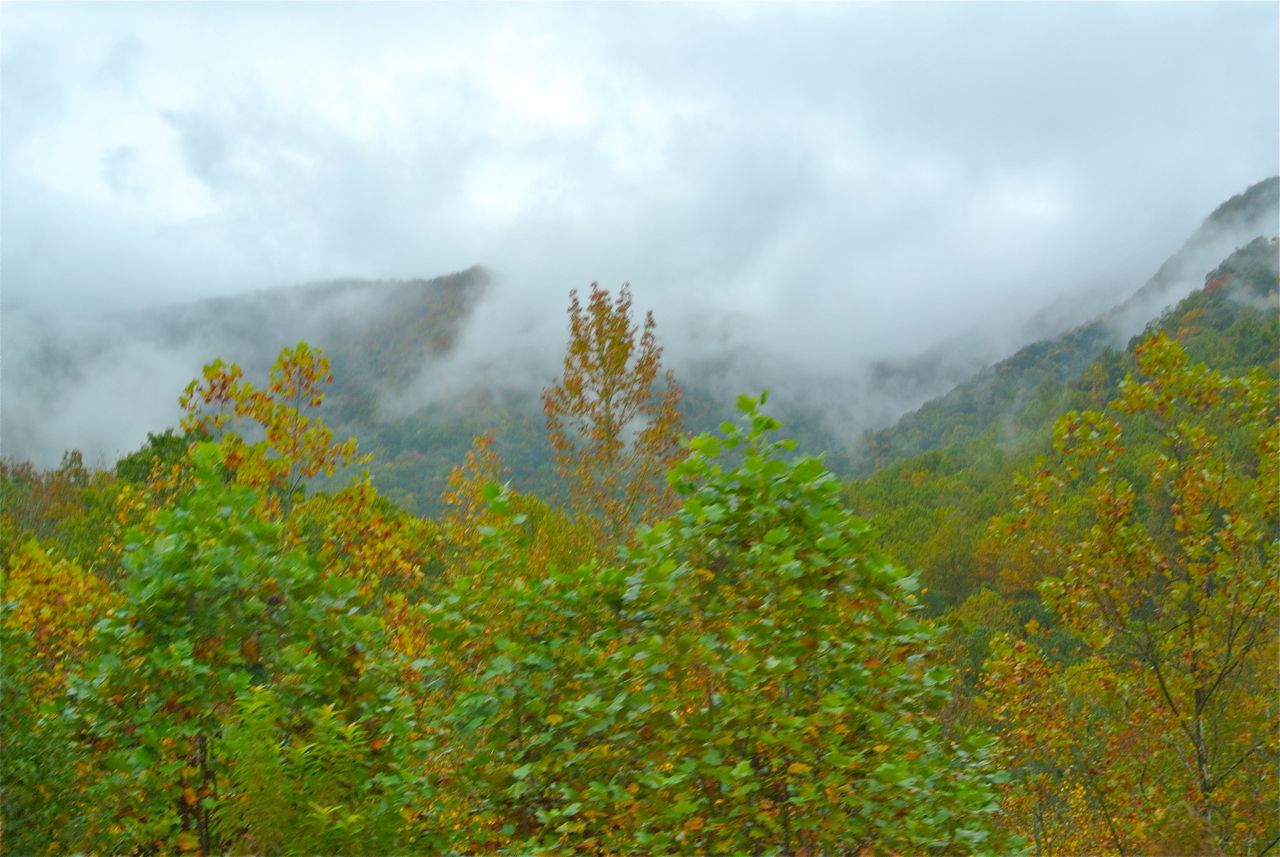 Fall in the Smokies of North Carolina

It has been said that the American healthcare system is not about health, nor is it a system.  Rather, it has been described as a pyramid scheme run by insurance companies with government collaboration, in which exorbitant premiums are collected from those who can afford to pay.  Profits are maximized by simply paying out less in benefits than what is collected in premiums.  The sicker the American population is, the more profits can be made by the insurance companies.  Care is withheld from the uninsured.  I read that an American dies on average every twenty minutes for lack of insurance needed to pay for vital care.  Of course, the above statements are over-simplifications.  This healthcare system is very complex, and influenced by other complex “systems”, such as the commercial food industry, in which government subsidies for agribusinesses producing high fructose corn syrup make junk food cheaper than healthy food. 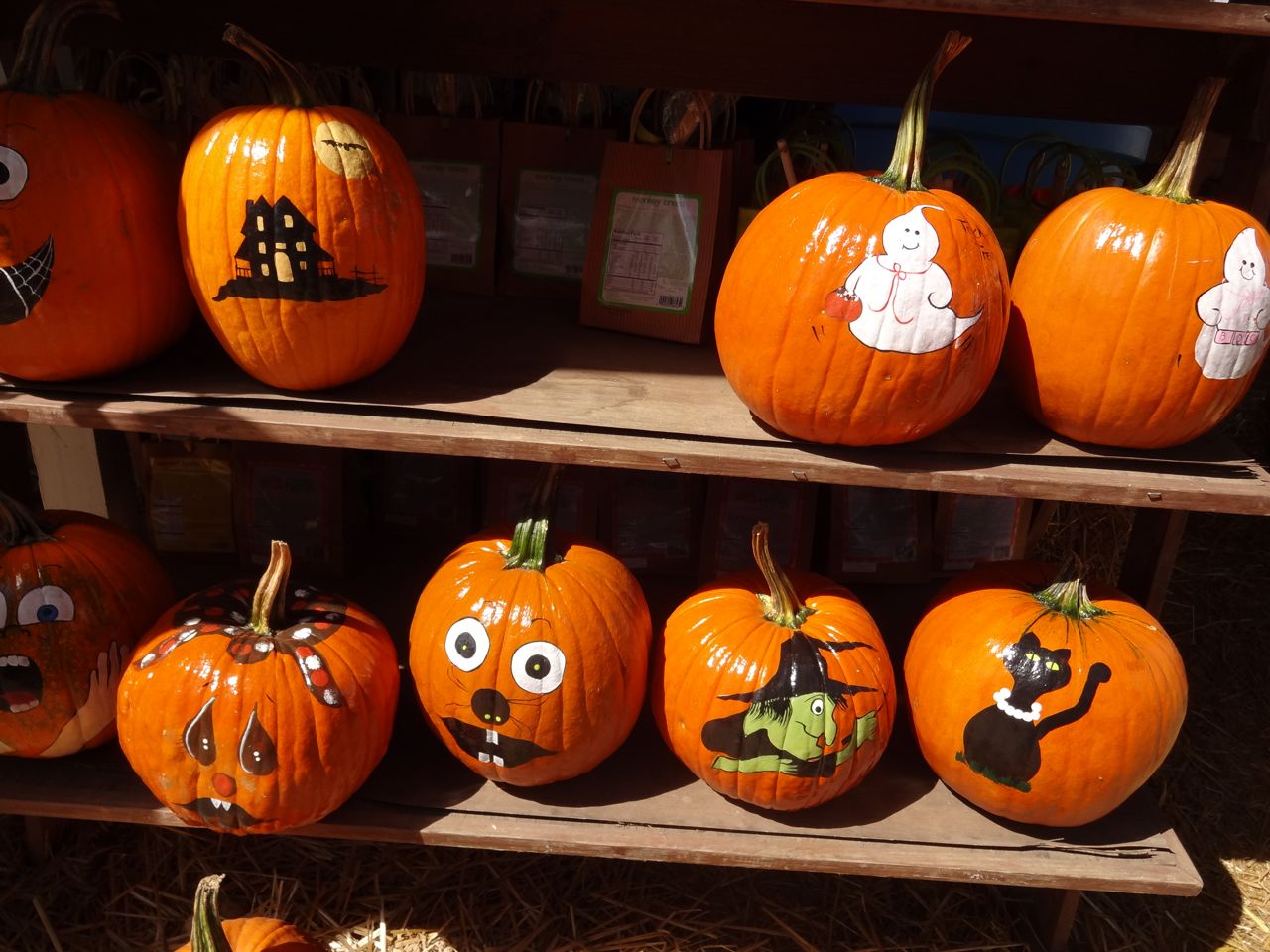 A friend recently told a story that vividly illustrates the dysfunction of the American healthcare system.  Our friend Linn was a surgical nurse before becoming assistant academic dean of the Columbus Technical College.   Linn had knee replacement surgery.  She noticed that the surgical assistant placed the full range of available surgical implements on the tray to be used by the surgeon.  Many of the tools were superfluous.  After the surgery, Linn requested an itemized bill from the hospital, in which she found that she (actually her insurance carrier) had been charged for every single tool that had been placed on the tray.  Linn protested, and the hospital reduced her charges by over a thousand dollars.  The hospital did not reduce the charges to less knowledgeable patients who don’t protest because they cannot decipher their hospital bills.  Such common medical fraud falls under the category of “up-coding”, which is the practice of hospitals charging insurance companies for products and services that were not delivered.  Everyone pays higher insurance fees because of such fraud.

Many years ago (while living in Germany), I worked as an orderly in the hospital.  That was when I first learned to respect nurses for their selfless devotion to working in the midst of difficult life and death situations day after day.  The respect I have for the nursing profession has deepened over the years.  As Susan and I have worked with hospitals for the last two decades, we’ve learned more about the challenges that nurses face on a daily basis, coping with difficult patients, difficult physicians, all in an economic environment that increases nurses’ workloads and paperwork requirements.  Nursing work can be extremely stressful.  Often personal relationships are formed during the process of giving care, which can result in emotional distress if the patient dies.  The nurse feels like he or she has failed, despite their best efforts. 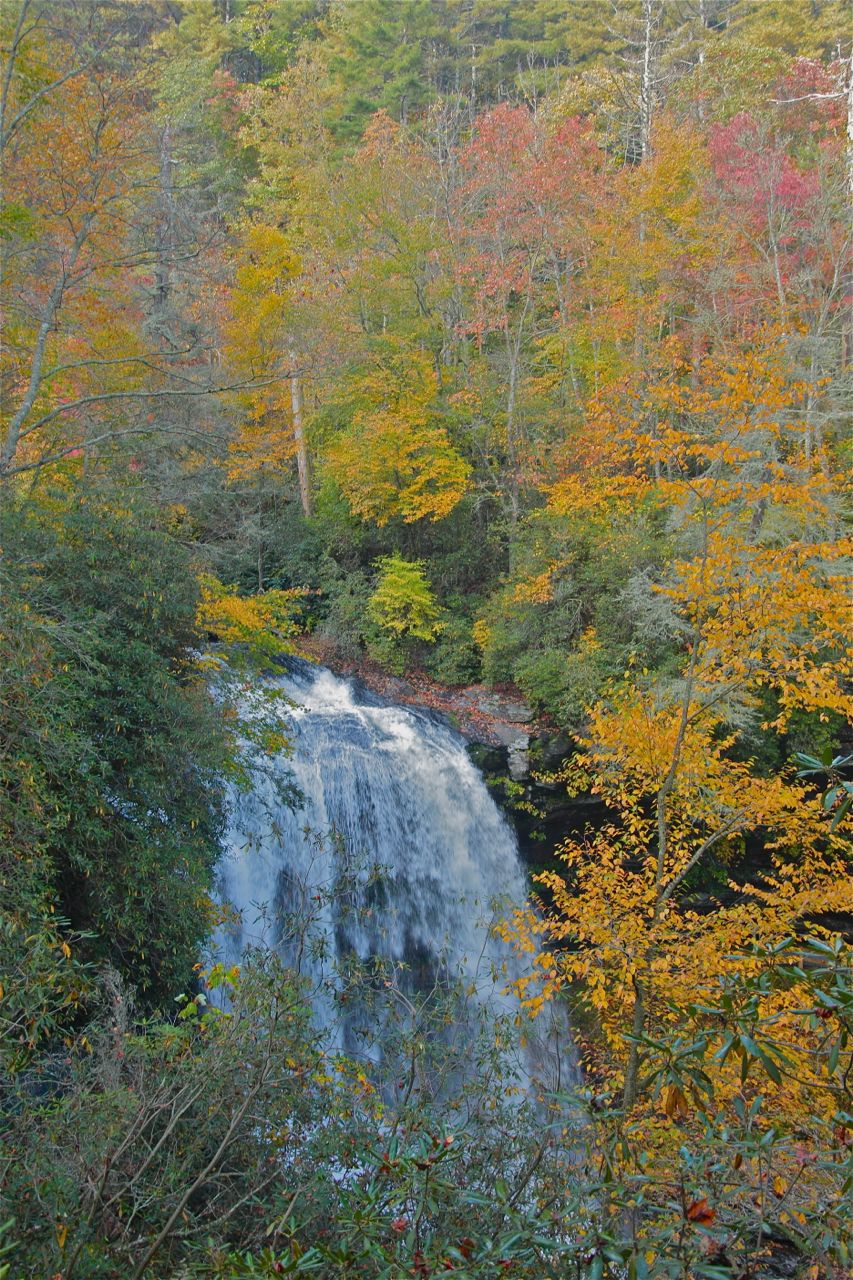 Within the hospital environment, the nurse is the primary caregiver.  He or she is with the patient around the clock, whereas the patient’s physician might only visit the patient once a day for a few minutes.  Even then, many doctors are likely to spend that short time reviewing the patient’s chart rather than personally examining the patient.  During the latter half of the nineteenth century, Florence Nightingale documented and crystalized the roles and duties of the professional nurse, for which she is known as the founder of modern nursing.  And yet, nurses still struggle to receive adequate compensation, favorable working conditions, and the respect that they deserve.

Against this background, it was refreshing to attend the 18th International Caritas Consortium near Atlantic City, New Jersey, sponsored by New Jersey’s Atlanticare Hospital system and the Watson Caring Science Institute, and dedicated to the work of modern nursing theorist Dr. Jean Watson.  I first wrote about the Watson Caring Science Institute a few months ago, after Susan and I had attended Watson’s conference in Colorado.  It was during that week in Colorado that we played music for her retirement dinner, celebrating her 39 years as a professor and eventually Dean of the University of Colorado College of Nursing.  She will now devote her energies to promoting her theory of nursing, called Caritas, through her writings, sponsored conferences, and the embracing of her work by hospitals around the world. 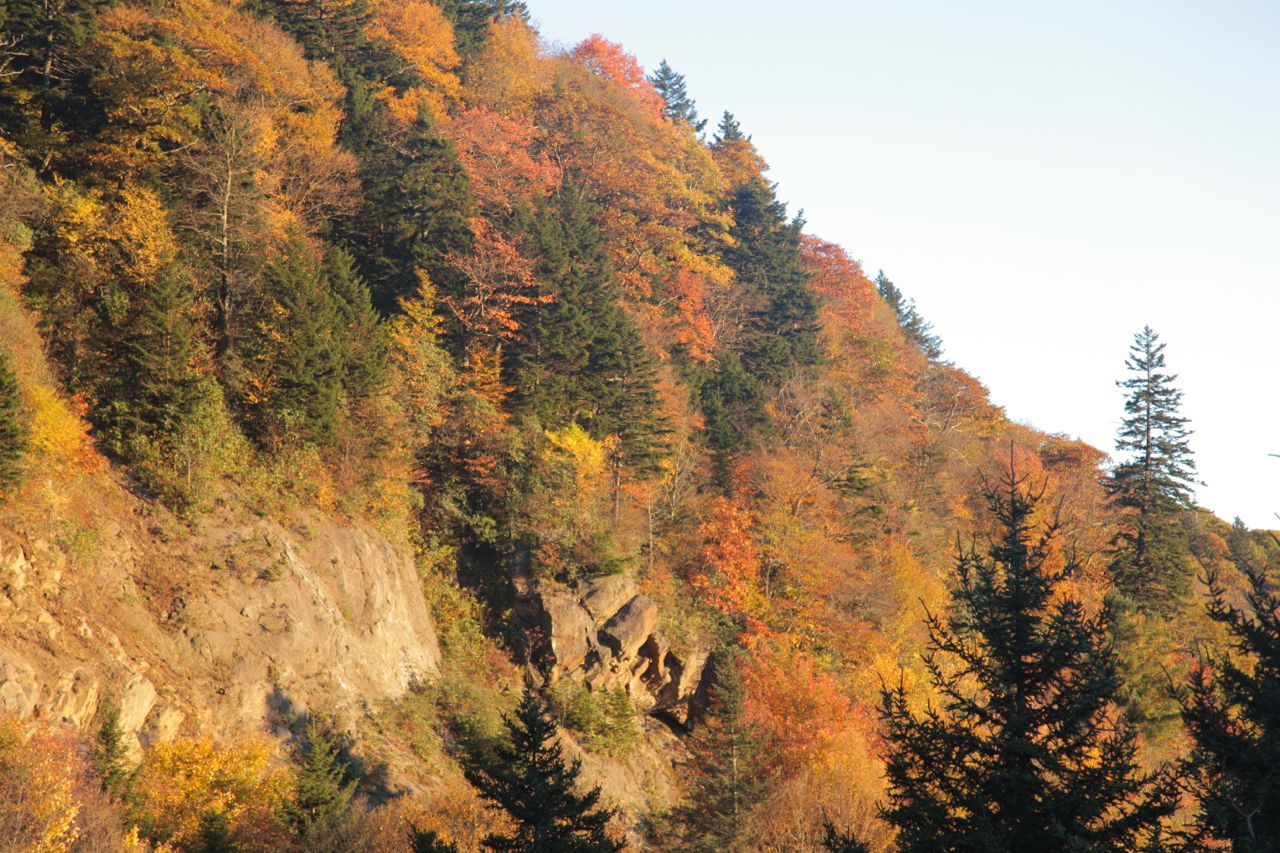 Dr. Watson’s names her “caring science” ideas and theories by the Latin word “Caritas.”  This Latin word for caring was chosen by Dr. Watson because the simple concept/word “caring” can be misunderstood, dismissed, or assumed to be something different from what Watson means.  I can’t do justice to Dr. Watson’s life-work in this short description.  But briefly:  Caritas is more about the caring consciousness with which the nurse approaches the patient, rather than some list of tasks or duties.  The Caritas nurse approaches the patient as a partner in the patient’s healing, listening to the patient’s stories, closely observing the patient to better assess his/her progress over time.  The patient is treated with respect for his/her dignity at all times.  The practice of Caritas nursing encourages using the terminology of healing as opposed to the vocabulary of commerce, in which some hospitals have attempted to use concepts from the hospitality industry, such as regarding patients as “customers”.

Caritas nursing is not limited to American hospitals.  This most recent conference had visitors from Qatar and South Africa relating their application of Caritas concepts.  Dr. Watson regards international nurses as the best hope for promoting peace in the world through their example of promoting authentic healing.  As Caritas concepts spread to hospitals around the world, when medical records can be transmitted around the world instantaneously, as technology is shared, a worldwide healthcare system is realized.

Deep down inside, I believe every individual wants to make a difference in the world.  Everyone wants to have a meaningful job, work that makes a difference, that makes a contribution to the betterment of the world.  Not everyone is fortunate enough to be so positively engaged in his or her job or to propel the overall arc of their lives in a consistently positive direction.  First, we do whatever is necessary to survive.  Then, we look for something better that would result in an improvement in our present situation…a better job, a better place to live, a better relationship.  Most people’s lives involve periods of searching…searching for those components that comprise a better life.  Certain individuals are lucky enough to find their soul-mates, their perfect job, the perfect home, the perfect life, at least from all outside appearances.  Most people are not so lucky.  I count myself among the lucky ones. 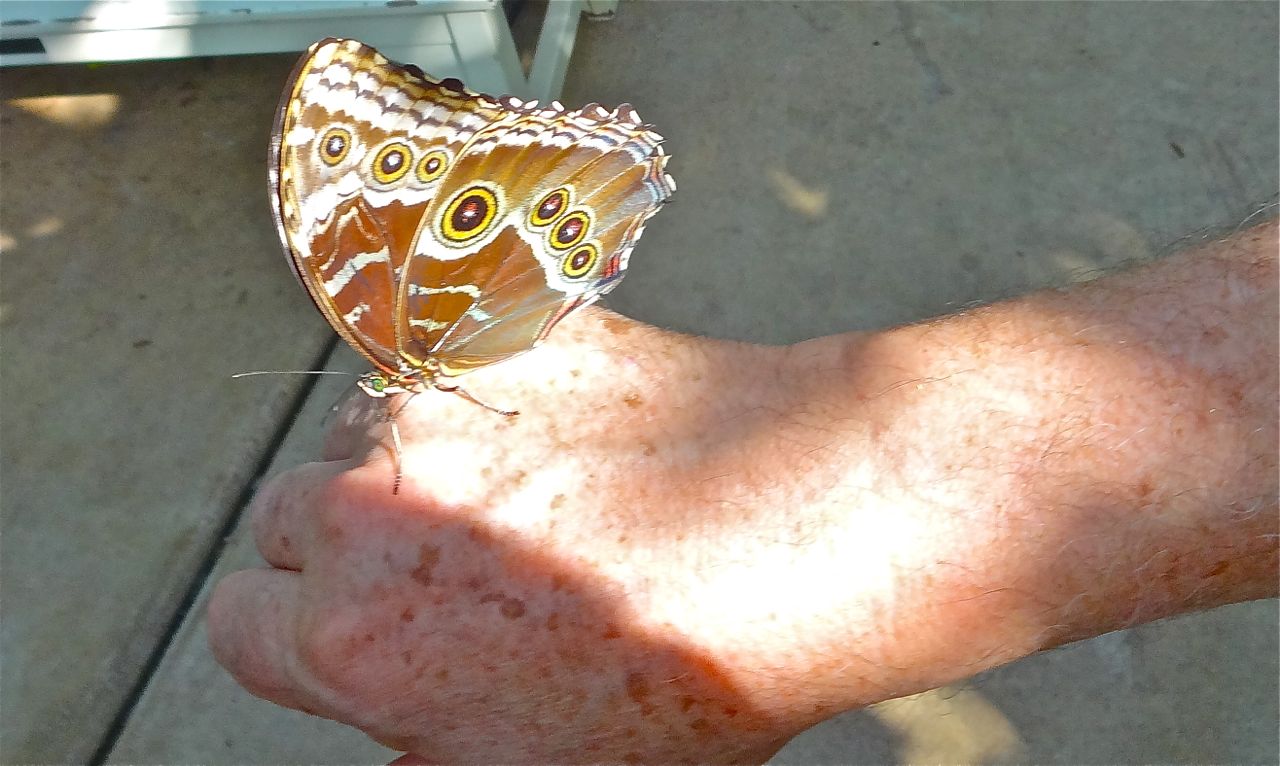 My lucky visitor in the Calloway Gardens Butterfly House

http://www.mazerandsmith.com
Reflections on Returning from Italy
Detroit: Visions of a Great City