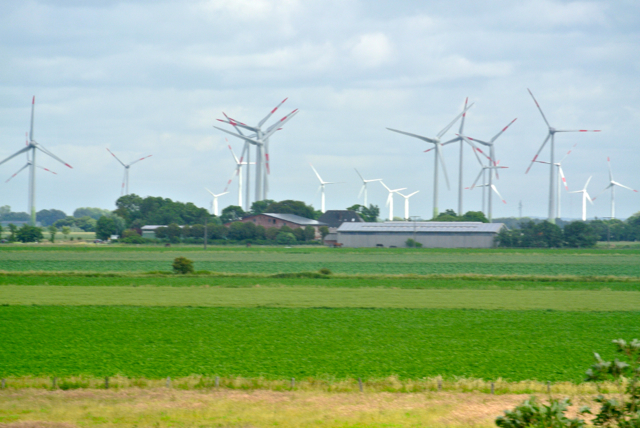 This is a blog for those readers with an interest in technology, specifically, the cutting edge of new technology in the development of alternative energy.

Let’s outline the context for the need for alternative energy. The original traditional energy sources are: wood, coal, and petroleum products. Nuclear energy was the twentieth century’s great technological breakthrough in new energy production. But the long-lasting devastation from the Chernobyl and Fukushima disasters, as well as the lack of a storage plan for the deadly radioactive waste byproducts, make nuclear energy an unlikely candidate for replacing the traditional burning of wood, coal, and oil products, which are major sources of pollution with potentially devastating consequences for climate change and ecosystem destruction.

The logical solution to the ever-more-expensive and polluting traditional energy sources are the well-known sources of “free” natural power: solar, wind, geothermal, and biomass conversion. It is my old friend Per’s brilliant developments in the field of biomass conversion that I will be discussing, from what I learned during my site visit last week to his model factory in northern Germany.

I first met Per in 1972, when I returned to Kiel, Germany, following my first extended stay in India and Afghanistan. I had studied the German language in Kiel during 1969-70 and had made a number of good friends (some of whom attended the Kieler Old Farts reunion last week). Per had learned auto repair at a Volkswagon company course and had an official blue VW branded mechanic’s tunic, which he insisted on wearing while working on my aging VW microbus, which I had driven to Germany from Afghanistan, via Iran, Turkey, Bulgaria, Yugoslavia, and Austria. (That could warrant a blog on its own.)

Per, who is Norwegian, has lived in Germany ever since the early seventies. He’s married to a German woman and has a lovely daughter with her. I saw Per a few times in the intervening years when I lived in the San Francisco area. And since the KOF’s started having these reunions over a decade ago, Per has attended most of them, at which time I’ve always been intrigued by his inventiveness in the technical side of alternative energy production.

I will define “biomass” as the organic waste products from growing things, e.g. leaves, wood scraps, etc. A campfire burning logs is a type of biomass conversion of wood to radiant energy (fire) for warming or cooking. But logs are not an efficient storage medium. They burn inefficiently, producing noxious smoke and ash. However, biomass can be converted into burnable, portable, storable, inexpensive, relatively non-polluting pellets, which can fuel heaters that otherwise might burn wood or coal. Biomass is solar energy stored by nature in growing things, just as we eat vegetables, fruits, and meats, which can also be described as forms of portable, edible, stored solar energy.

Per owns the European patent to the process I’m about to describe. The patent will soon be extended to cover the US and the rest of the world, assuming he can develop international markets for his process.

The fuel for Per’s biomass conversion factory is grass clippings. For example, the grass that grows next to German roads must be mowed, collected, composted, or otherwise disposed of. Cities must also deal with tons of waste leaves and grass clippings on an ongoing basis. This costs all cities and the German government money. By collecting and removing this biomass, Per saves the cities and the highway department money that they would otherwise spend disposing of the biomass waste, and Per has a practically free supply of potential biomass fuel for his factory.

The grass clippings are stored in bales for eventual conversion. Certain chemical and fermenting changes can take place during long storage, which might even lead to spontaneous combustion if the materials are not stored properly.

To start the process, the clippings are fed through a device that grinds them into small pieces, almost a powder.

This powder is then carried by a conveyor belt into a washing chamber. During the wash process, impurities such as sand, metal, or plastic impurities are separated from the biomass. There is also a chemical wash to control any contamination that may have occurred prior. The washed powdered biomass is then sent through a second washing/hydration process in which the resulting chemical composition of the final product is controlled. I can’t remember the details, but chlorine content and other chemicals are regulated for a consistent final powder mash, considering that the composition of biomass at different times of year from different sources can vary.

Finally the clean regulated powdered biomass is extruded through a pressure chamber into a compressed mass that is wet enough to stick together as it is pressed into small pellets which are the final product of the process. These pellets smell organic, like grass (no surprise there). They burn with only five percent less output than wood chips. However, no trees are harmed (or harvested) in the process. The pellets are much easier to package and transport. And they burn very evenly, so that they can be fed into a stove or heater in a measurable way, just like traditional wood, coal, or fuel oil.

There’s an additional energy source that results from this process. The biomass waste that precipitates out from the washing process has energy potential. Per (with the help of his expert staff) created a separate energy process that ferments the waste material in a unique collection tank, in which the bacteria produce methane gas, which is then collected and stored for use in heating the plant during the cold winters. It’s an amazingly efficient use of what would otherwise be a problem of discarding the waste. Of course, the methane could also be sold outside the original plant for other industrial uses.

So to summarize: Per receives municipal waste as free fuel, saving cities money, creates burnable pellets to be sold, while creating additional burnable fuel in the form of methane gas. This is done without polluting the air or water. His model conversion facility provides the “proof of concept” that will allow it to be replicated wherever enough biomass fuel is present, such as the whole eastern half of the US. Eventually, the conversion process will be adapted to accommodate different types of fuel vegetation. Per even created a demonstration plant housed in a semi-trailer, which can be moved anywhere there is fuel available. This portable plant was taken to a German university for their study and the refinement of the physical and chemical processing used.

I call Per a “Captain of Industry” because of his entrepreneurial creativity and success. I asked him how many different companies he has founded, and he answered “around fifteen.” He has been active in windmill production and installation for a decade or more. He says it is his windmill company that finances the new developments in the biomass field. His latest company is a heating company that will make ten-year contracts with industrial buildings, such as schools or hospitals, to replace the aging polluting oil heaters currently in use, with new heaters that burn his pellets. The new heaters can simply be installed outside the building and attached to the existing pipe heat distribution network.

Currently, all of Per’s website and promotional materials are in German. But within a few months, they will all be translated into English (and probably additional languages). I will continue to be in touch with Per, because through a friend in Detroit, I had created a contact for him in Michigan, which is seeking new industry possibilities to improve the economy and replace the ailing automobile industry. I look forward to blogging about new developments as they occur.

Congratulations Per on your magnificent achievements!

http://www.mazerandsmith.com
A reunion with friends in Kiel, Germany
Sweden: A checkered history and changing with immigration