A Tour of Istanbul

My Second Trip to Turkey

I first visited Turkey in 1971, back-packing overland enroute to India (my very first India trip) with my German friend, Gert.  We flew from East Berlin (communist GDR at that time, and the source of cheap student air tickets), via Budapest to Istanbul.  We arrived at night, and I’ll never forget what I saw on that first taxi ride from the airport.  I looked out the taxi window and saw lots of flickering lights on a hillside.  I realized with a shock that these were the lamps and cooking fires of people living in an urban hillside neighborhood, but without electricity.  This was my first realization of what it meant to live in a “third-world country.”

I couldn’t recognize that hill on our taxi ride from the airport yesterday.  Istanbul has modernized beyond recognition in the forty-one years since my first visit.  We arrived at our hotel just in time to join our tour group’s welcome-dinner.  As is usually the case with tours such as this, Susan and I are among the youngest couples in the tour group. 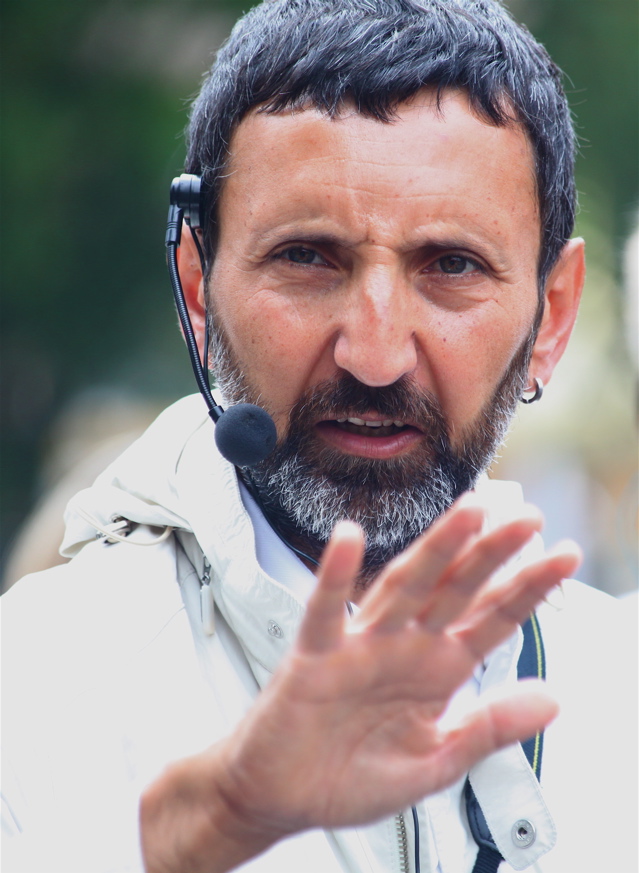 The tour leader is Mehmet, a Turkish man who speaks perfect English, despite never having lived in the states.  Mehmet will be with us for the full two-week tour.  He’s already demonstrated a deep knowledge base of Turkish history and an understanding of Islam in relation to Christianity and Judaism.  More about that in a later blog…

The original name for Istanbul was Byzantium, when the city was ruled by the Persians.  Under Christian emperor Constantine, it became known as Constantinople.  Finally, under Moslem domination, it took its current name.  We spent the first full day touring three of Istanbul’s major historical sites: 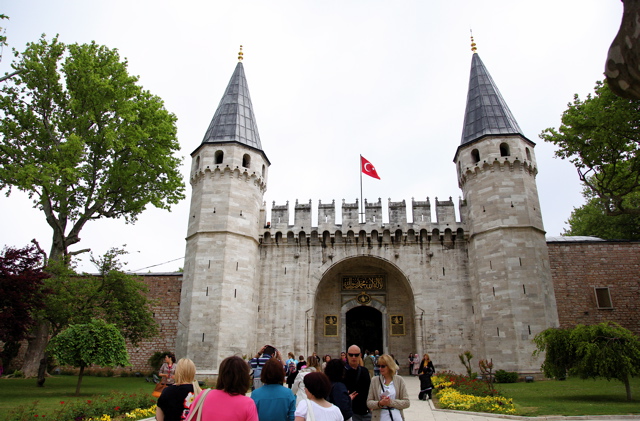 First, we visited the Topkapi Palace, home to the sultan of the Ottoman Empire for four hundred years.  The hereditary ruling position of Sultan spanned thirty-eight generations, from the mid-1400’s until the beginning of the 20th century.  The Ottomans made the mistake of siding with the Germans in World War One, which resulted in the fall of this long-lived decadent empire.

Let me describe the decadence:  The Sultan had over 200 concubines (in addition to his four wives) in his harem, guarded by eunuchs, i.e. men who had been castrated as young boys in order to have this lifelong secure job.  The Sultan was served by a huge staff of food preparers.  Every day, he would be offered thirty different soups, forty main dishes, and forty side dishes.  Amazingly, a different choice of dishes was offered every day.  The Sultan had special food testers…well paid but often short lived, due to palace intrigues.

To the Sultan’s credit, he welcomed Christians, Jews, and Armenians to his Islamic land.  This tolerant attitude stood in sharp contrast to Spain, which was evicting its Moslems and Jews, as well as the long-running wars between Catholic and Protestant countries and groups.  Thus, Turkey was relatively peaceful and stable through the Middle Ages and into the twentieth century.

The second major site we visited was the Hagia Sofia Museum, which is now a huge domed mosque, but was originally Christian church dating from the 4th to the 15th centuries.  It was converted into a mosque when the Ottoman Turks drove out the Eastern Orthodox Greek Christians who had ruled Constantinople (so named under emperor Constantine).  And then, under Ataturk, Turkey’s visionary modern leader who replaced the Ottoman Sultan after World War One, the Hagia Sofia became an open museum not belonging exclusively to any single religion.

As many of you know, Islam forbids any artistic representation of the image of any person.  The reasoning goes that God created humans, and for a human to create an artistic image of a human is “playing God”, which is seen as leading to the practicing of idolatry, which is forbidden in the Koran.  Thus, mosques are characterized by abstract designs and geometric patterns.  This is in direct contrast to the paintings, sculptures, and mosaics of religious figures found in Christian cathedrals.  Perhaps it was because the Sultan loved art, but for whatever reason, many of the mosaics of Jesus and Mary were left in place at the Hagia Sofia, making this a unique coexistence of religious Moslem and Christian icons under one roof.

The final highlight visited on the first day’s tour was the Blue Mosque, an active mosque located close to the Hagia Sofia.  The Blue Mosque is “only” around six hundred years old.  After the Hagia Sofia was built, Moslems didn’t have the architectural skills to match the large domes of Christian cathedrals.  Finally, after a thousand years they were able to construct the Blue Mosque as an attempt to match the grandeur of the older Christian-constructed cathedral.  The Blue Mosque closes five times a day for traditional services to take place.  Otherwise, it’s open to tourists, who are not required a cover their heads or dress in any special way, as long as their dress is modest. 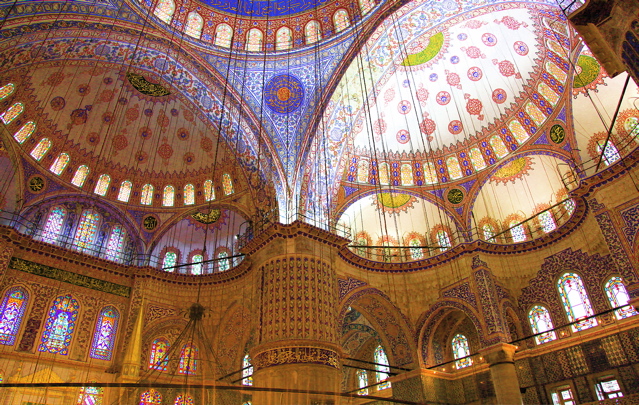 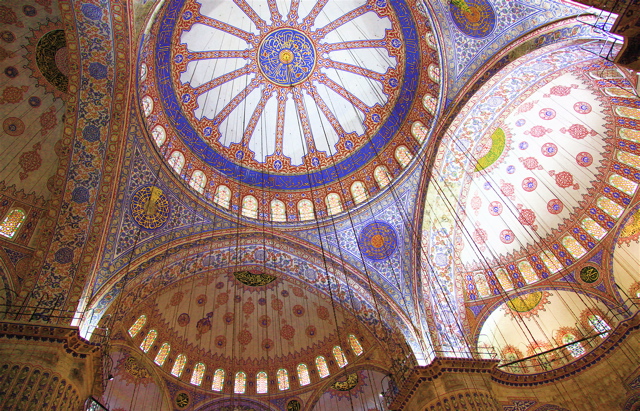 http://www.mazerandsmith.com
From Reno to Istanbul
Visiting the Ruins of Ancient Troy