There are positives and negatives about India.  While the same statement can be made about any country, in my experience India is extreme in practically every aspect.  I’ll start with the negatives.

Indian traffic is challenging.  I would never personally choose to drive here.  I prefer riding in the back seat whenever possible, just for potential padding in case of an accident.  For starters, India still adheres to the British scheme of driving on the left with right hand steering.  Lanes are non-existent and ignored for the most part.  The overriding rule is:  whoever manages to occupy a particular space first has the right of way.

Have you ever pushed a shovel through a large anthill and observed the creatures scurrying in every direction?  That’s what Indian traffic is like.  Somehow the ants seem to find their way without colliding with each other.  Indian traffic mostly manages to do the same.  Streets in Mumbai are clogged almost around the clock.  Only after midnight does traffic flow smoothly.  A trip can take twenty minutes late at night that during the day might take two hours.

One time I experienced true gridlock.  I was in a three-wheeler rickshaw (called tuk-tuks in Thailand) in a traffic jam in which there was no free space for anyone to move in any direction.  We simply sat still in place on the clogged streets for a long time as they slowly unclogged.

Indian drivers are masters of the simultaneous monitoring of multiple moving objects, i.e. cars, trucks, motorbikes, bicycles, hand-drawn wagons, and pedestrians.  Truck drivers and cars rule the roads.  It’s up to all smaller moving people and objects to move out of their path.  Drivers calculate their own speed in relation to the pedestrians in their way.  They aim directly for where you are walking with the knowledge that by the time they reach that spot, you will have moved out of the way.  The most dangerous thing one can do is stop still in the path of oncoming traffic.

People ask me, how do you cope with the beggars?  My answer is that beggars in the Americas or in Africa are poorer, because they don’t a rich and sympathetic culture to support them.  Begging in India even garners respect when rich individuals renounce all their possessions except for a robe and a begging bowl, trusting that the gods and their fellow countrymen will sustain them.  Interestingly, I found a reduction by at least fifty percent of street people sleeping along a particular stretch of highway compared with last year.  I count them when I drive by in a taxi late at night.  When I asked about it, I was told that the government has sought to provide free or low-cost housing for as many of the homeless as possible.  However, I was told that some of these street people take possession of the government housing and then turn around rent the housing out to new arrivals from the countryside, with the original renters returning to their familiar place on the street, while profiting off the desperation of new arrivals to this city of twenty million.

For me, the positives far outweigh the negatives.  This why I keep coming back year after year.  I’ve been here over a dozen times, starting first in 1971 at age 23.  That was the year I also spent time in Afghanistan, which was when the Afghan king was still on the throne, and back-packing hippies like myself were welcomed with some puzzlement but with a genuine hospitality.  I had first been exposed to Indian classical music by Ravi Shankar and Alla Rakha’s 1967 Live in Monterey LP.  Soon after that I heard Ali Akbar Khan on LP.  This was a magical sophisticated meditative style of music that immediately captured my attention, particularly on the bamboo flute.

I stayed out of the states for three and a half years until late 1972, until the Vietnam War was over.  Upon my return, I worked and saved money to travel to Mexico and Guatemala, and ultimately visited California for the first time.  When I learned that Ali Akbar Khan had opened his music school in Marin County, I went back to Georgia to work and save enough money to ultimately move to California.  I’ve been a West Coaster ever since.  The rest, as they say, is history.

A few words about the food:  every meal (hopefully) is an adventure.  Just like a tourist can have the best French meal of one’s life in a small Paris bistro, the most humble Indian vegetarian restaurant can outdo anything available in the states.  Indian meals are very inexpensive if not taken in a tourist-oriented restaurant.  The spices are fresher and sprinkled more liberally. India is a vegan paradise, since a large part of the Hindu and Jain populations are strict vegetarians, if not vegans.  (But I remain an omnivore.)  At the same time, an international cuisine culture is growing in Mumbai, from pizza to falafel to sushi and beyond.

I call this my “musical vacation.”  With help from my friends, I’ve played music with my friends somewhere almost every day.  Concerts include the National Association for the Performing Arts with Susan, playing twice in a new upscale jazz venue within the Royal Opera House complex called The Quarter, and several nights at the Bandra Base, a small performance venue managed by my American expat friend Dee Wood, who’s lived in India for over thirty years.  I’ve played with visiting musicians from Japan, Italy, Hungary, and France.  There’s quite a growing music scene here, led for the last five years by the True School of Music, a school teaching jazz, pop, improvisation, engineering, production, and music business in general.  The TSM employs guest foreign jazz musicians who instruct the local musicians in our most wonderful American cultural export: Jazz.

During the early 80’s when I worked in the Bollywood film industry playing my Lyricon wind synth, I had the honor of recording on a song with the woman who holds the Guinness Book of World Records for the most combined recordings of anyone in the world, Lata Mangeshkar.  This week, I had the honor or performing on the album of her nephew Baiju Mangeshkar.  I had met him a year ago, and in the meantime Susan and I recorded some tracks in our Reno studio to be on the album.  Baiju invited me into the studio to video me “flute-synching” for a promotional video.  And while I was there, I recorded alternate flute tracks to the ones I had previously sent from Reno.  His music is basically original Indian pop music, which will be released only online.  Not enough people (anywhere) are buying enough CD’s to warrant the large manufactured lots of previous years.

Ultimately, it’s the people that make a place livable.  Except for the haughty rich with their noses in the air, practically anybody of any religion or economic class will return my smiles very readily.  This is not the cold traditional formality of Northern Europe.  This is the warm openness of a huge population forced to live close together in a society that somehow helps even the poorest lame beggars to survive.

Finally, I want to relate that this year and for several years previously, I’ve had the privilege of staying in Lajo Gupta’s luxurious Mumbai apartment.  Lajo is the daughter of maestro Ali Akbar Khan.  We met in the late 70’s, were out of touch for two decades, and then re-connected through Facebook.  Lajo lives most of the year (for the last 30 years) with her husband and daughters in Dubai.  She comes to her apartment in Mumbai a few times per year, thankfully at the time of my annual visits, which are at the height of the winter concert season.

I hope to continue these annual Indian musical vacation-pilgrimages as long as I possibly can.

Here are some photos of “My Musical Vacation” in Mumbai: 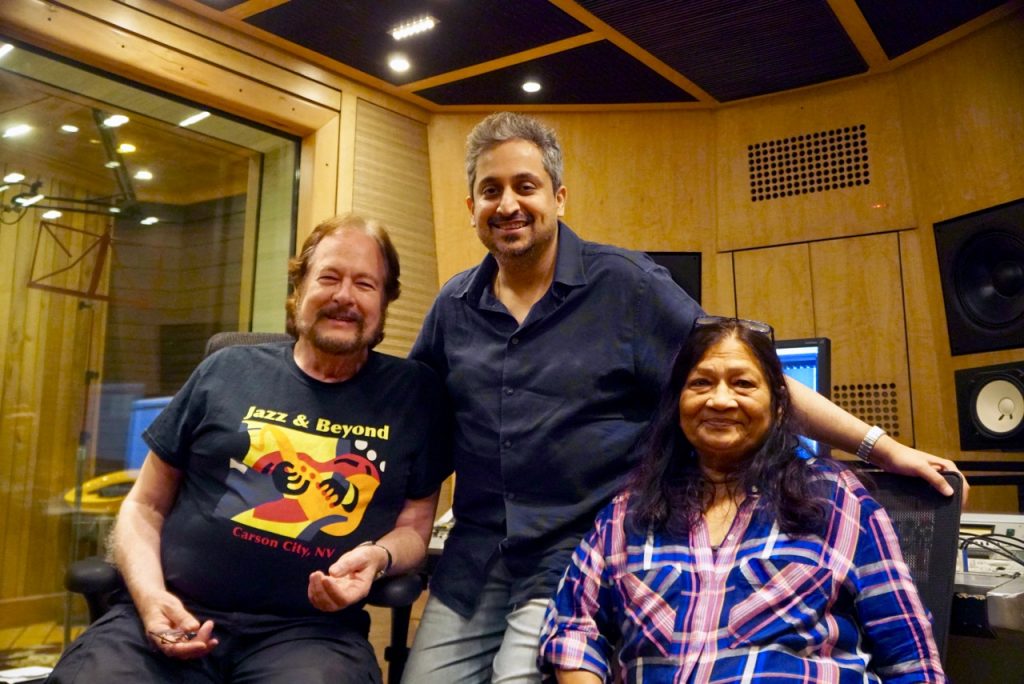 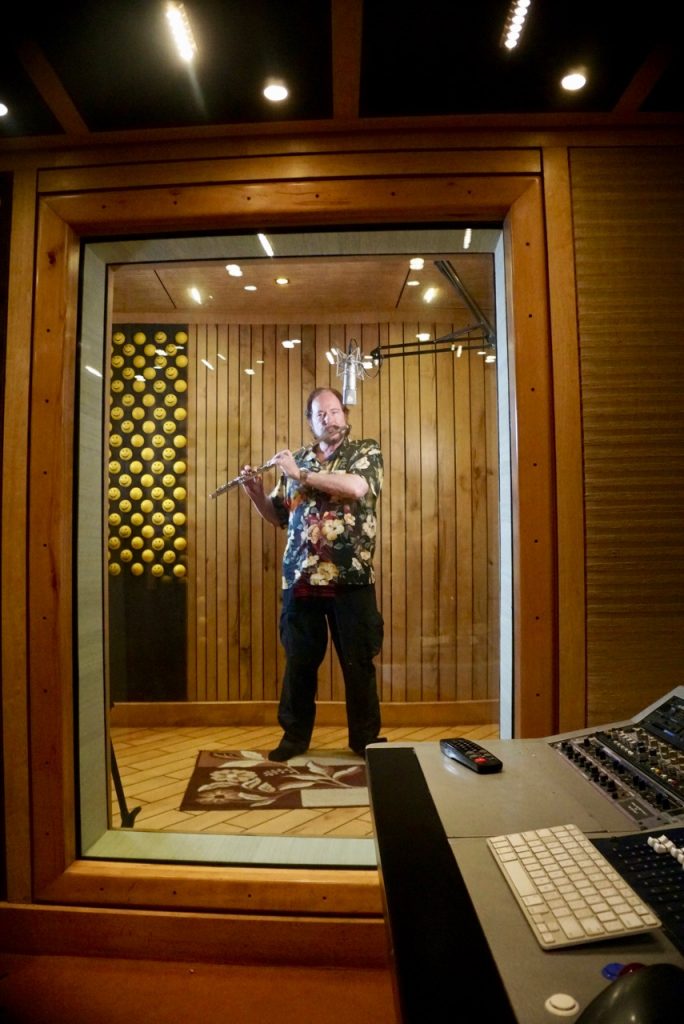 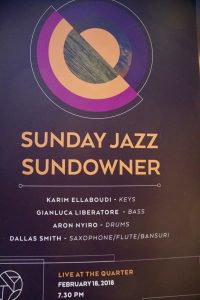 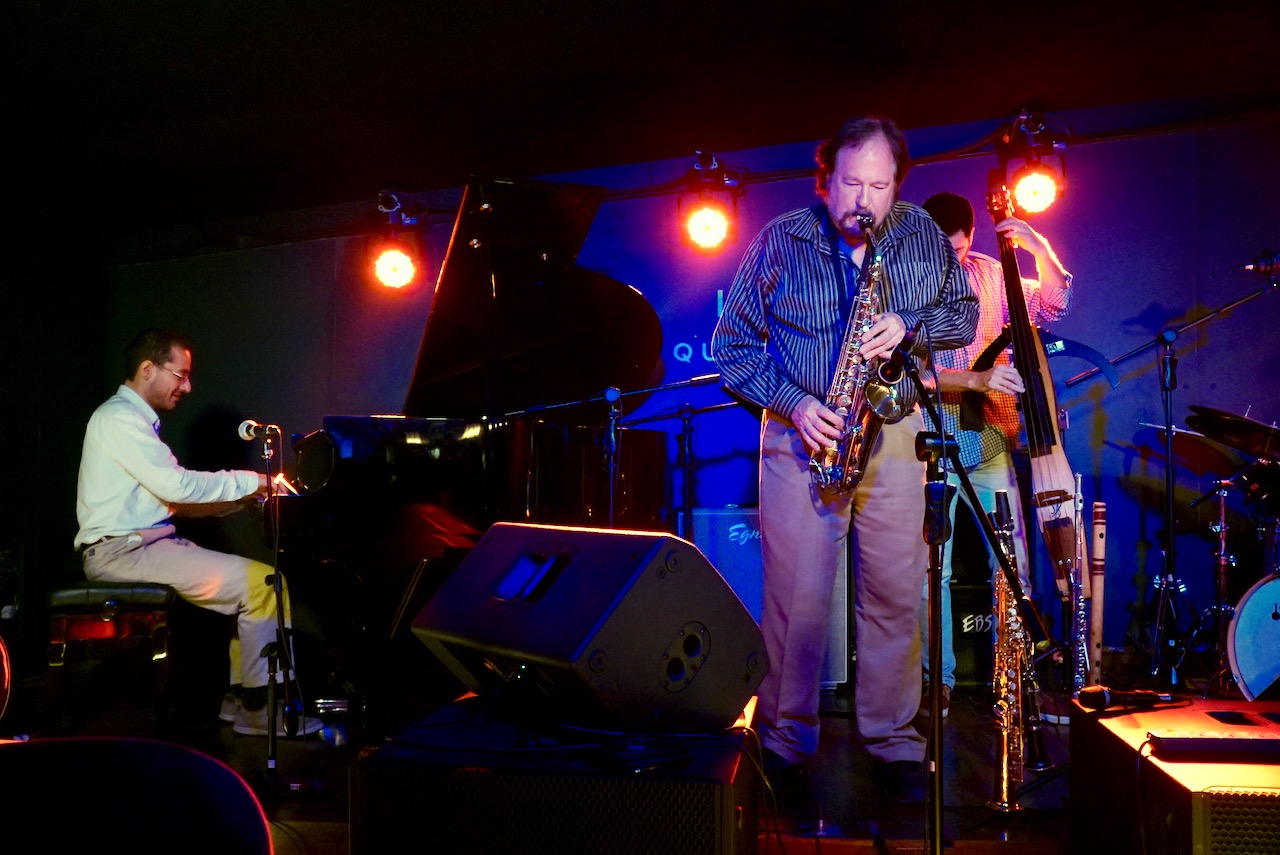