My 2016 Visit to Stockholm, Sweden 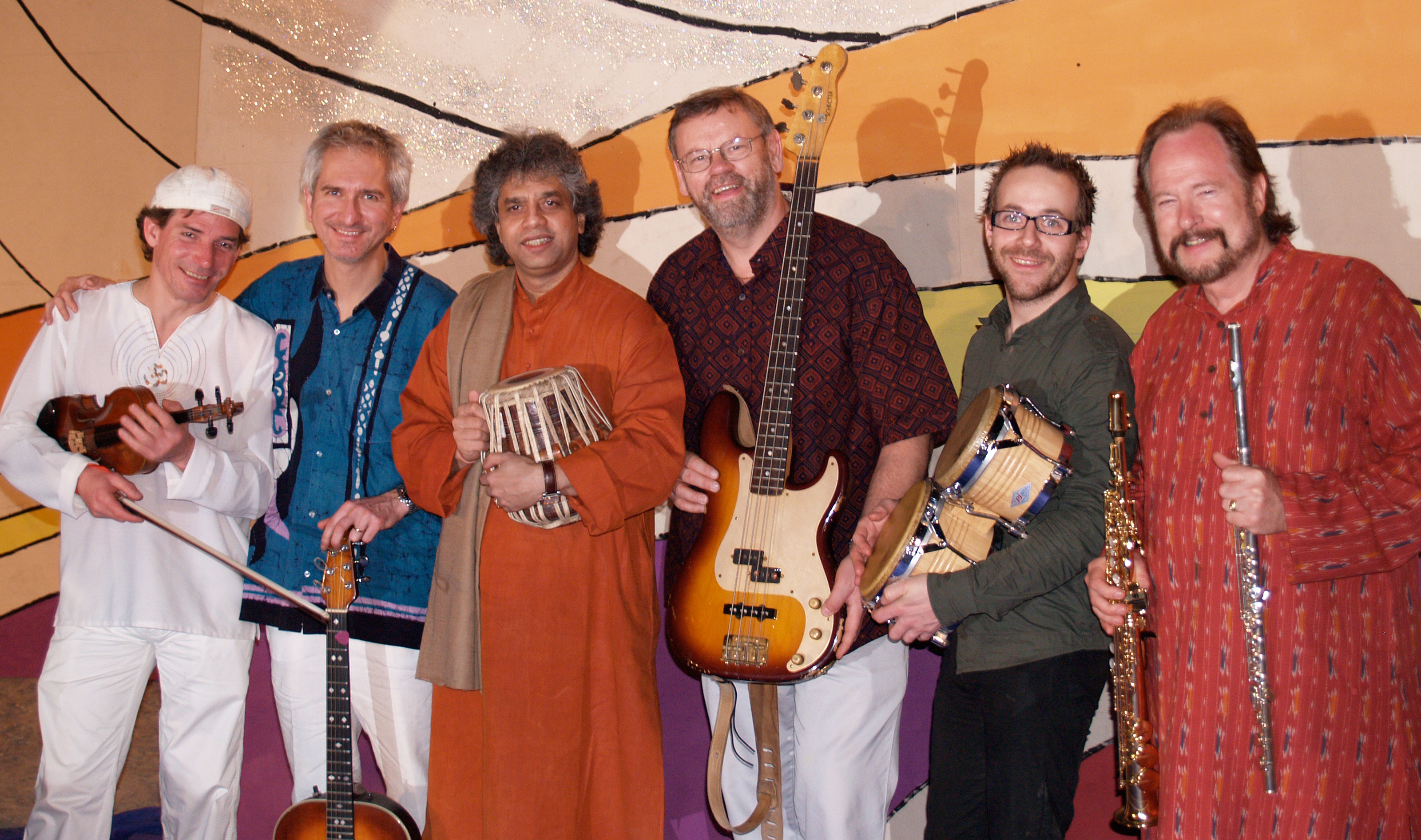 I’ve visited Stockholm, Sweden, over a dozen times during the last forty years, for weeks or months at a time, I’m once again reminded of why it is one of my favorite cities in the world, and indeed, why I love Sweden in general. My beloved home country often seems less democratic and dysfunctional by comparison.

My initial visit to Sweden was in 1970. I had spent a year studying in Germany and chose to stay out of the US for three and a half years until the Vietnam War was over and the draft had been abolished. After traveling to India for the first time in 1971, I returned to Sweden in 1972. My next visit was twelve years later in 1984. It was in 1984 that I first met Christian Paulin, who had founded his band Mynta in 1977. I went on tour for the first time with Mynta in late 1984, at which point Mynta was a conventional eighties-jazz-fusion band.

1984 was also the year that I first met the harpist that I would marry in 1987. Needless to say, this was a major life-change. One result was that I didn’t travel to Sweden again until 1999. On that trip, at a Stockholm jazz club I sat in with Mynta, which in the interim had evolved into an Indian-influenced world music band. I had been studying North Indian classical music at the Ali Akbar College in San Rafael, California, starting in 1975. I found Mynta’s music extremely appealing, and I told Christian and the other members that if they ever wanted me, I’d love to play with them. But Mynta at that time had its long-time Swedish flutist/saxophonist, Anders Hagberg. Six years later in 2005, Anders left the band, which led to the invitation for me to join Mynta for my first Swedish tour.

Practically every year since 2005, I’ve been fortunate enough to tour with Mynta in Scandinavia and India, usually once a year and sometimes twice a year. In 2011, I was able to arrange a booking for Mynta in Jamaica, at the Ocho Rios Jazz Festival. A Swedish photographer and film producer, Mikael Silkeberg, joined this tour as well as two subsequent tours to India. Five years later, he has (almost) completed a documentary about Mynta led Christian Paulin, which was shown to the public for the first time. This film premiere, and the live concert afterwards, was my reason for coming to Sweden this year. Mikael hopes to sell the documentary to Swedish Television, and afterwards to international distributors.

Here is a short excerpt:

Arriving at Arlanda airport, which is a 45-minute bus ride north of Stockholm, one has the choice of either a bus or a train shuttle into the city. The Swedish train system is fantastic, all electric, clean and quiet.   I notice that some of the city buses are electric hybrids, something I never saw before. Bike paths run parallel to most streets, which serves to encourage less auto usage. Indeed, because of the extensive public transportation system (as well as the high cost of gasoline), many Swedes forego owning a car at all. Stockholm is oriented to promote pedestrians rather than cars. A few American cities have taken tentative steps in this direction. Reno has many city festivals, which block off the downtown area to all auto traffic. It would be more special if this arrangement were permanent instead of just several times per year during certain special festivals.

Since Sweden has no native petroleum resources, there is every incentive to reduce petroleum imports and consumption. To achieve this, almost all public buildings’ lights, in hallways and restrooms, are motion-sensor-activated. Thus, when one enters a public restroom, the lights turn on automatically, turning off again after several minutes when no motion is detected. Most toilets have two flush levels, conserving water, even though Sweden has no shortage of water resources. The goal is simply to reduce consumption and save energy.

Another sign of Swedish progressiveness is the “cashless” economy. Both my hotel and a restaurant I visited did not accept cash at all, only credit cards.

Sweden is renowned for being the premiere asylum country of the world. It remained “neutral” in World War II. Because its industries remained undamaged and intact after the war, unlike the rest of Europe, the Swedish “economic miracle” was the result. Volvo, Saab, Electrolux, and Erickson are all large Swedish corporations. Sweden’s historic shame from World War II was their acquiescence to Hitler to allow Germany to use Sweden’s railroads to transport German troops north to invade Norway. Otherwise, Hitler would have invaded Sweden instead. Norwegians are still angry at Sweden for this.

Sweden’s tradition of neutrality has allowed political and religious refugees from around the world to find safe haven there. From American Vietnam War deserters, to Jews from (formerly Communist) Eastern Europe, to refugees from Iraq, Syria, and Afghanistan, Sweden has recently been overwhelmed with Middle Eastern immigrant refugees. Although Germany has accepted the largest overall number of war refugees, Sweden has accepted the largest number per capita, i.e. compared to their overall population.

A political backlash has developed led by a right-wing party against the continuing refugee influx, resulting in a change in policy, stating that would-be immigrants should be barred from entry if they have transited through other countries (such as Germany) in which they might have been granted asylum. This is an unfortunate consequence of the ongoing wars, that as long as ISIL and Syria’s Assad attack civilians, there will be a continuing stream of many thousands of long-suffering refugees simply looking for safe refuge from the wars, some place where they can simply survive.

The rest of this blog is a political rant. (You have been warned!)

In the midst of the chaos characterizing the American presidential campaign, the contrast with Swedish politics is stark. In Sweden, people believe in their government doing good for the general population. They support their government providing universal healthcare, free university education, excellent public transportation, and responsible conservation policies (including a recognition of global warming). Sweden’s high taxes deliver benefits to everyone, without creating the huge disparity between the super-rich and everybody else, that American tax policies promote. It’s no wonder that Sweden and the rest of Scandinavia scores higher than the US on the “global happiness index”. (Denmark scores highest.)

It seems that the unfortunate national disillusionment with a properly-functioning government began with President Ronald Reagan’s famous quote: “The scariest words one can hear are, I’m from the government and I’m here to help you.” Thus started the movement to dismantle all government social programs aimed at helping the poor. The unbridled “free market” became the guiding principle. This latest example is Donald Trump’s declaration that the minimum wage is too high. Opposition to Obama’s expansion of overtime pay is another example. Republicans declare that government doesn’t work, and then they do everything within their power to try to make their declaration a self-fulfilling prophecy.

Sweden distributes substantial foreign aid to developing countries. But they withhold aid from countries that would divert intended humanitarian aid to military uses. America’s chief form of foreign aid is military weaponry (more to Israel than any other country). The Republican candidate wants to expand our bloated military beyond what it is now, more than the total military budgets of the next seven (ten, twelve?) nations combined. The values reflected in our national spending priorities are not my own.

Since the protracted US military reaction to the terrorist attacks of 9/11, it should be clear to all that invasions, occupations, and provoking civil wars do not make the US any safer. Would-be President Trump’s blanket religious discrimination against Moslems (which would be clearly unconstitutional) is a sure way to create enemies of one quarter of the world’s population. Trump’s threat to expel eleven million immigrants would require martial law and huge concentration camps and would be the largest ethnic cleansing in history. What is most disturbing, beyond Trump’s outrageous statements, is the large number of Americans who apparently agree with his opinions.

It’s amazing how American political candidates like to portray Sweden as somehow less free because Swedes pay higher taxes that in the US. Actually, many large US corporations pay no taxes at all. So the truth is, the US is freer for corporations, while Sweden is freer for people. The Republican goal of withholding access to health insurance (by repealing Obamacare) means poor Americans are “free” to die unattended outside the hospital doors. This is more like healthcare in India. Recent international studies have shown that it is easier to start and maintain a small business in Sweden than in the US. Certainly, social mobility is more difficult in the US. Sweden has an extensive social welfare system that subsidizes rent for poor people so that they can take advantage of the free education system to eventually become productive citizens. The US has the highest rate of imprisonment in the world (higher than China and Russia).

The lack of effective government policies to address income equality and persistent poverty, coupled with the easy availability of guns, results in a much higher violent crime rate than Sweden or indeed, most of the world. Blaming immigrants is simply a smokescreen for refusing to address the endemic problems suffered by so many Americans.

My week in Sweden was totally devoid of CNN or any other television coverage of American politics. It was a great vacation. I thank my Swedish friends for their warm hospitality, and I thank the Swedish people in general for their having created an admirable society supported by a functioning government. And I thank the Swedish people for their tradition of tolerance, their willingness to accept refugees, and their embrace of national values that promote universal health, education, and freedom.