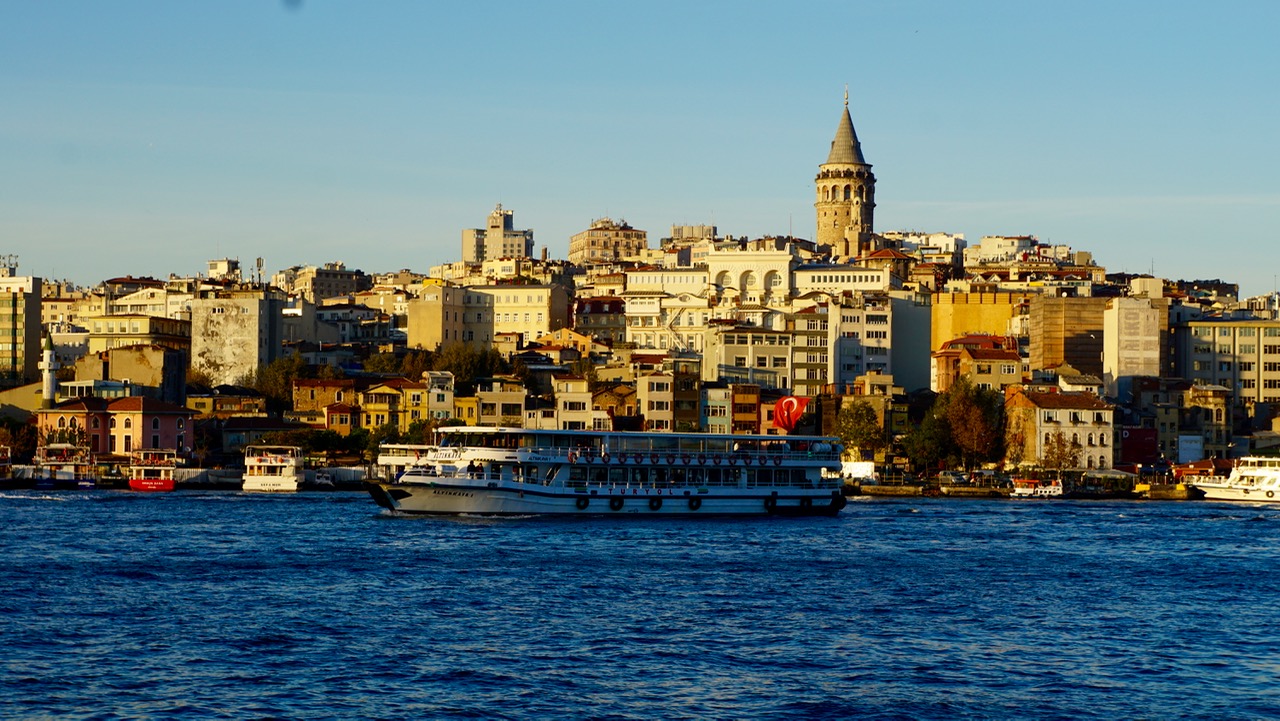 How much of Istanbul can one see in a short two-day visit?  Actually, quite a bit, when logging over 20,000 steps/day on my FitBit.  When we first planned our Viking River Cruise, I told our friends Bill and Linn, who were traveling with us, that we would be so close to Istanbul while visiting the Balkan countries, that we must add it on to our trip.  And so, following our Danube River cruise, we flew from Budapest to Turkey, arriving in Istanbul the evening before Election Day.

Only a few weeks ago, there was a terrorist bombing in Turkey’s capital, Ankara, which killed almost a hundred people.  Luckily, there was no violence in Istanbul while we were there.  On election-day evening, we sat in a restaurant as the staff viewed the vote totals being reported on the television.  They were very unhappy with Prime Minister Erdovan’s victory.  One of the waiters exclaimed that Erdovan was “worse than Saddam Hussain.”  Undoubtedly, this restaurant staff were Kurds. The Turkish government has used the ISIL threat to justify renewing their military attacks on Kurdish rebels within Iraq.  It threatens to revive the civil conflict within Turkey between Turks and ethnic Kurds.

The Kurdish people are the largest ethnic group in the world (approx. forty million) who do not have their own country.  The Kurds live spread between Turkey, Iraq, and Syria. Turkish Kurds, who have suffered years of discrimination as a minority group in Turkey, hate Erdovan.

Against this backdrop, I was the tour guide for our friends, this being my third time to visit Istanbul.  I visited first in 1971, while traveling overland to India for my first Middle East trip.  The second time was five years ago, when Susan and I took a two week group tour of Turkey, which included several days in Istanbul.  Istanbul is one of those unique places in the world, that remains fascinating even after repeated visits. 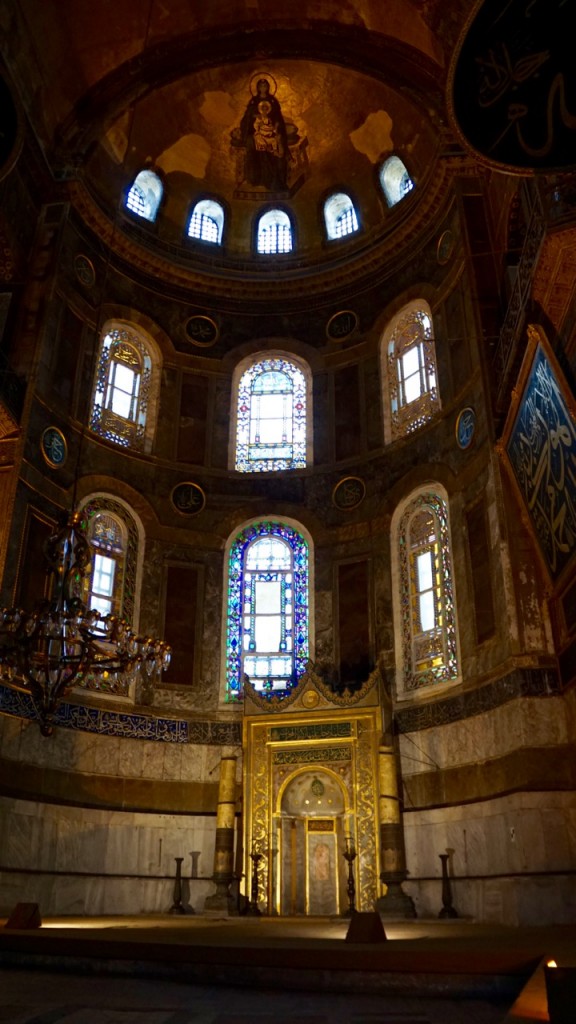 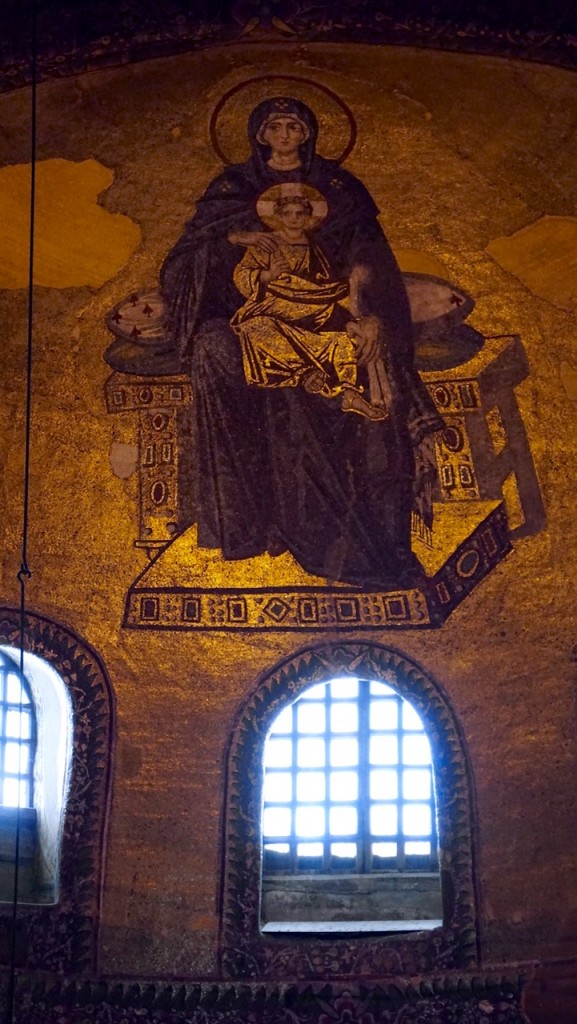 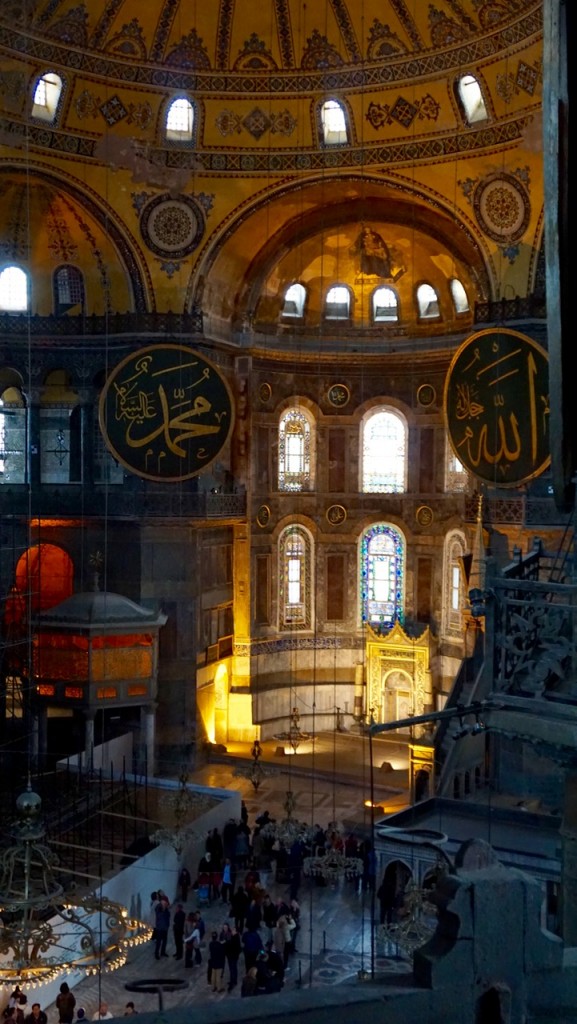 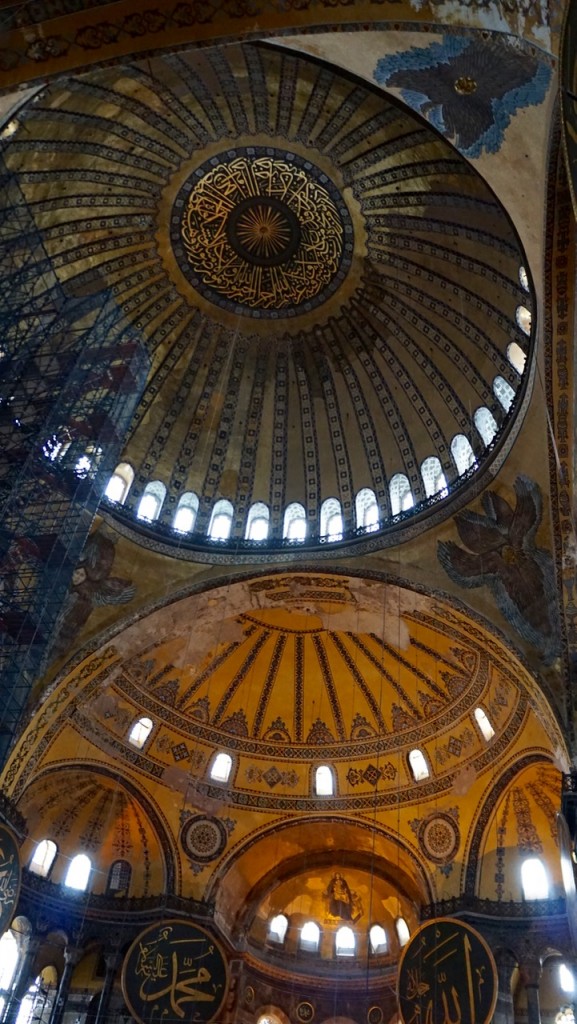 One of Istanbul’s most famous sites is the Hagia Sofia museum.  It is an impressive domed structure that has only been a museum in modern times.  Originally built in the 6th century as a Christian cathedral, it was later converted to a mosque when under Moslem rule.  For one thousand years, it was the largest domed structure in the world.  Today, it is only surpassed in size by the Vatican Cathedral in Rome, and the Duomo in Florence, Italy.  During its centuries as a mosque, the Muslims defaced or destroyed many of the Christian artworks.  However, the amazing mosaics in the ceiling remain intact and beautiful after fifteen hundred years!  The impressive (but not as big) Blue Mosque is now a center for Muslim worshippers.  So while the Hagia Sofia contains both Christian and Moslem symbols, it is officially a museum.

One place that I visited for the first time on this trip was the Istanbul Cistern.  This is the ancient underground water storage facility, hundreds of years old.  Water was channeled via aqueduct from a forest area some miles away to fill the underground cistern with enough stored water to supply the Ottoman Sultan, his entourage, and his soldiers.  Today, there are many fish swimming in the storage pools, which confirms the purity of the water, but the cistern’s water is no longer used for public consumption in modern times.

Moslems were never able to build a domed structure to surpass the Christian Hagia Sofia.  But the Blue Mosque is an architectural marvel as well. The Blue Mosque is an active mosque used by worshippers five times a day, every day.  In between prayer times, tourists are allowed to enter while carrying their shoes in plastic bags.  Moslems coming into the mosque to pray traditionally wash their faces, hands, and feet before entering the mosque.  Thus, walking with shoes is not allowed in mosques in general.

The Topkapi palace complex was a large piece of real estate overlooking the Bosporos, and home to the sultan of the Ottoman Empire for over four hundred years.  It contains collections of weapons, furniture, jewels, art, and religious artifacts.  There is also a large harem quarters, where hundreds of captive women lived, each hoping to give birth to a son who might eventually inherit the throne.  We heard of intrigues in which the hundreds of concubine women competed with each other for the sultan’s favor, going so far as to murder the male babies of competing concubines.

The Tacsim area of Istanbul is a newer commercial area, as opposed to the older part of the city across a river tributary of the Bosporus Straits, which connects the Mediterranean with the Black Sea.  We walked for hours down a large pedestrian street, which is home to embassies, upscale stores, street vendors and musicians.

Istanbul’s street life is varied and interesting, more than practically any other city I’ve ever visited.  We didn’t venture too far from the downtown tourist-friendly areas.  Certainly there are poorer areas of Istanbul that are never visited by tourists.  With Istanbul’s long history lying at the crossroads of Europe and Asia, I recommend Turkey as a great tourist destination. 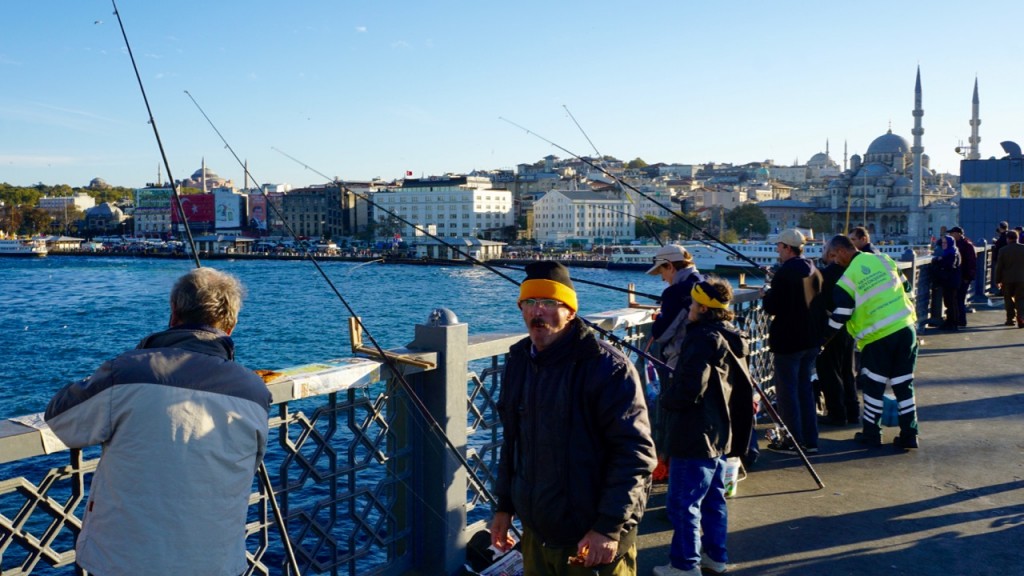 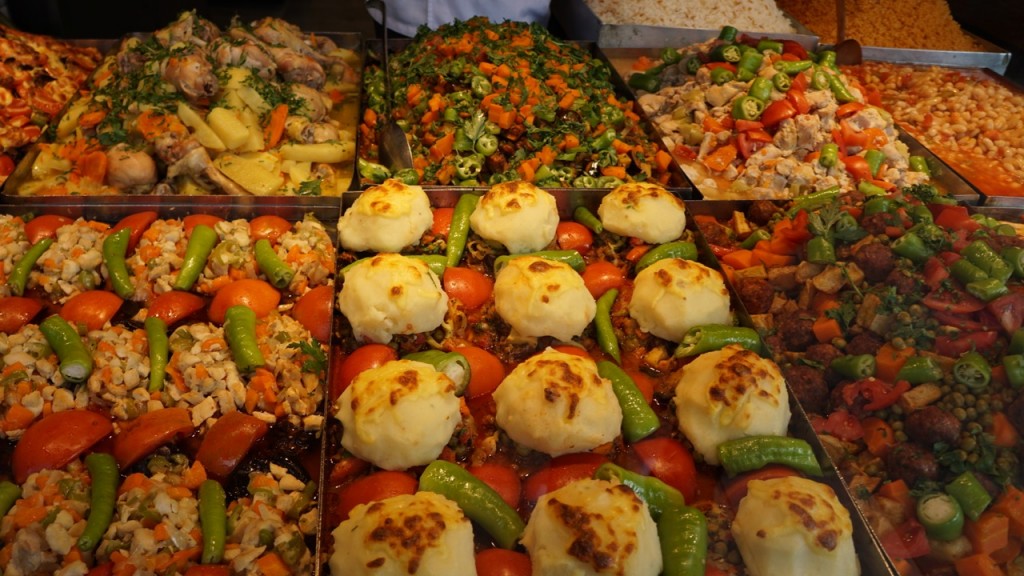